Getting Ready for Future Years of The Women 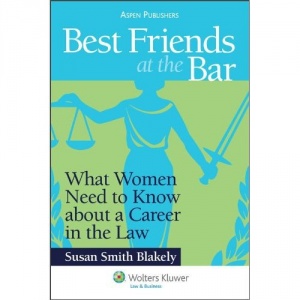 As a follow-up to last week's blogs on feminism and whether or not it is passe, we need to talk about Senator Barbara Boxer's recent announcement that she will not run for Congress again.  Twenty-four years ago, the then House of  Representatives member from California led a group of female legislators to crash a luncheon of Senate Democrats and give them the message that women were concerned about sexual harassment and wanted their elected officials to be concerned, too.  It was the time of the Senate confirmation hearings for now Supreme Court Justice Clarence Thomas, and the allegations against Thomas by Anita Hill had women across the country shocked and motivated for change.

Although the women led by Barbara Boxer were not successful in getting into the closed-door meeting of Senators, the next year, which became known as the "Year of the Woman," Boxer won a seat in the Senate as part of a new group of female lawmakers who went to the Capitol.  They formed a strong alliance, and they put Congress on a path of change in reviewing laws that had a disproportionate impact on women and proposing new more protective legislation.

Barbara Boxer is now one of 20 female senators.  The announcement of her impending departure from the Senate is about more than one woman lawmaker.  As pointed out by the Washington Post, it signals that the members of a group of "historically important" lawmakers is approaching the end of their careers.  As a result, a new generation of women will have to step up on women's issues --- in and out of the US Congress.

We would be hard-pressed to tell women like Barbara Boxer that concerns for issues affecting women are behind us and that all of the work has been done and the victories celebrated.  Think about that when you ponder the past, present and future of feminism and the causes it has championed.

Even someone like me, who is more of a woman's advocate than a feminist and appreciates the contributions of men and their role as allies in the solutions for women, does not want to throw feminism into the trash heap of history.  That is a very short-sighted approach. The better approach is to morph feminism into something that is more compatible with Generations X and Y without losing sight of its important place in our history and in our new global society.

We have more Years of the Woman before us.  We need to be ready for them.

Susan Smith Blakely is the Founder of LegalPerspectives LLC and a nationally-recognized author, speaker and consultant on issues related to young women lawyers, young women law students and young women interested in careers in the law.  She is author of Best Friends at the Bar:  What Women Need to Know about a Career in the Law (Wolters Kluwer/Aspen Publishers 2009), and Best Friends at the Bar:  The New Balance for Today's Woman Lawyer (Wolters Kluwer Law & Business 2012), which addresses the work-life struggle for women lawyers and includes twelve profiles of women who have successfully transitioned from one practice setting to another.  Her new book, Best Friends at the Bar:  Top-Down Leadership for Women Lawyers, will focus on the responsibilities of law firm leaders and will be released by Wolters Kluwer Law & Business in 2015.

Ms. Blakely frequently speaks at colleges and universities, law schools, law firms and law organizations, and she has been featured in media including the LA Daily Journal, National Jurist, Washington Examiner Newspaper, Forbes Woman, DC Spotlight, Daily Muse and Huffington Post Business.  Ms. Blakely also is a frequent guest speaker and panelist at conferences on women's issues and the law profession, and she has been a featured speaker at the US Department of Justice, Civil Division.