Getting to Know the Government’s Case Against Me 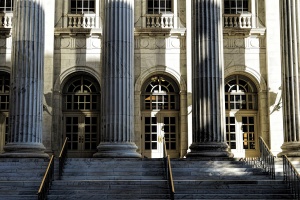 The next series of events in my case included a meeting with the Government, 302's and Brad's (a close friend who was an investor) interview. Criminal charges were brought against me regarding my position as the Fund's administrator.

There were five people on the Fund committee plus the owner of the broker-dealer that were all considered part of the Fund. We all worked together but were charged with different crimes, except Brent and I.

Stan was the owner of the broker-dealer that sponsored the Fund. Stan had been investigated or charged with many crimes with various companies and personal matters over the years. I was told by Stan’s attorneys that Stan had crossed the wrong people but had done nothing illegal. I was given information that Stan had been a whistleblower. The Government was having a difficult time convincing Stan to plead guilty.  The statute of limitations for certain potential charges, like the Fund, was fast approaching. Certainly, having more people pleading guilty and prepared to testify against Stan would bolster the Government’s case and put increasing pressure on Stan.

Scott was a salesman in Texas and had an immunity deal. John was a salesman in Texas and was charged with a crime with an unrelated company when he worked with Stan. John pled out. Brent and I were charged and plead not guilty. Brent was the attorney and I was the administrator.  Tom was the CPA for the Fund and pled guilty before charges were formally handed down. Tom was an older gentleman that knew he didn’t have the stamina to deal with the Government. Tom often mentioned he “desperately wanted to be innocent”. I wasn’t sure how to take that.

Tom, John, and Scott took deals very quickly. I have heard that the sooner you “get on the bus”, the better the defendant’s deal. To me, a plea deal should represent taking responsibility and the truth, not how quickly you start cooperating. Interestingly, many of the same five Fund Committee members and Stan had been named in investor’s civil arbitration and all the Fund Committee members and Stan were successful. All claims by the investors were denied or dismissed.  On all the paperwork signed by the investors, there are significant risk disclosures throughout, even one that states that you can only rely on what was written in the document, not what you might have been told by anyone. A civil suit’s threshold of culpability is much lower, a preponderance of the evidence versus a criminal case is beyond a reasonable doubt. What a predicament.  The same Fund Committee members defending themselves that they had the authority to make investments in an investors’ civil suits were claiming the opposite in the criminal case.

I didn’t know what a “302” was. Like a lot of the case, I figured it out as we went along. My basic understanding is that an FBI 302 is a report generated from interviewing a potential witness. There was an agreement for “open discovery” between the defense and prosecution.  Putting my naivety to work, I thought that we would receive a 302 by anyone interviewed by the FBI regarding the case. It turns out it’s not that simple.

Once the interview takes place, the agent(s) write the 302 using their notes and their memory.  They don’t have to take any notes at all if they don’t to. I understand that if the agents choose not to write a report that is fine.  It appears, in theory, that the 302 should reflect the witnesses’ information. I think that would be hard to do in some instances because most people talk faster than we can write or remember. “Our” memory is not reliable to recall details that could be vital to the case. I have understood that many agents want to summarize as their approach to reporting. Details can be easily forgotten, dismissed or overlooked. Context is important too.  If we don’t have all the circumstances, we might not be able to appreciate why choices were made or what actually happened.

Witnesses can misunderstand questions.  Agents can write the wrong thing down. We all make mistakes, but it is the defendant that is going to have to suffer the consequences oftentimes.  The witness never gets to confirm that the 302 properly documented what was said. If there was a change, the witness can’t amend the report.

The 302 report becomes the authority.  It reflects what was said even if it is not accurate. It becomes factual even if it's not.

I think a more reliable approach to a witness interview is a video recording. I have heard that some agents feel it may interfere with the ease of a conversation or agents can testify as to what was said, but that doesn’t seem like the best approach when someone’s liberty is at stake.  If we are going to have an investigation, let’s have reports that reflect exactly what was said by a witness, not the agent. Also, if a witness is worth talking to, a 302 should be produced. It shouldn’t be arbitrary.

One of the most puzzling issues that I had with the case was that I invested in the Fund that was the focus of the charges and I had my parents and a couple of close friends in this alleged scheme.  That’s crazy.  People don’t invest their own money and their closest family or friends’ money in schemes.  It defied logic.

Brad was one of my very few investors.  We have known each other since middle school and had a wonderful friendship.  Brad had invested in a previous fund that I had managed. When the charges came, Brad was on the shortlist of people I needed to personally tell.  When Federal agents called asking to meet with Brad, I got a call from Brad telling me such. I immediately contacted my attorney, Dan.

Brad came to Dan’s office and together they walked into the Government’s office.  I am told that the two agents that were going to meet with Brad were stunned. The agents asked Dan to leave.  Dan insisted on staying.  The agents refused to continue the meeting with Dan involved.  Dan insisted again. Finally, Brad decided that he could handle the meeting and Dan walked out of the entrance area with all the papers the agents had requested Brad bring to the meeting.

Strangely, returning to their work area, the agents couldn’t get in their offices and a makeshift utility area became the setting for the meeting.  I was told the meeting lasted about 40 minutes. Brad gave a notarized summary statement of what he experienced in the meeting. These are not my interpretations in any way. The statements below are part of Brad's notarized document.

1. The agent tried to spin Brad’s experience that he had been duped.
2. Both agents wanted to know if Brad would testify against me.
3. The agents never asked anything that would indicate that they thought I could be innocent.
4. Brad thought the agents’ positions were all wrong.
5. There was a moment when Brad knew the agents were not interested in the truth, just winning.

Brad was unusually resilient and he knew me well. I had to wonder how others that might have been interrogated by these agents would hold up. Others wouldn’t know me as well. They might feel that losing an investment was literally a crime. As pleased as I was that Brad was speaking the truth to the agents, it gave me a real-life insight into the agent’s approach and what I was up against. I had to wonder if Brad’s defiance of who I was and what happened at all penetrated the Government’s ideas of “intent”. Intent is one of the elements of a crime and my understanding is that Brad made it clear that there was no intent.

I remember telling Brad that there was no Hallmark card for the kind of appreciation I had for Brad being so strong and honest. I expect that it was an experience Brad will never forget.

A meeting was scheduled that would give us an idea of how the Government expected to prove their case. Dan wanted me to attend the meeting but I had to promise that I wouldn't say a word.  Not a word. I sat in the meeting. It was a lively monologue of assumptions and lies. I had to leave at one point as the truth was bubbling up in me and I felt like I was going to blow.  I excused myself and we all took a break. The most startling realization was the statements from cooperating witnesses that were prepared to say things I knew were not true.  Deception was seeping in the conversation. It was disturbing and I couldn't say a word. Not a word.

I was completely fearful of everything that I knew the Government could do to me. I knew there would be days, terrible days or even moments when everything the Government was doing or saying to me would crush me like a bug. The weight would just be too much at that very time.  It had already happened a number of times and there was no doubt, there was more to come. I felt everything deeply – reading the transcripts, the emails from my attorney, Government letters in the mail, the voicemails, the evidence, going to hearings, plea deals, the soulful moments with my attorney, Dan, when he walked the fine line of telling me what was likely going to happen versus squashing my hope. I just wasn’t going to let them tell me who I was when I knew better.  It was one of the most powerful feelings I have ever experienced. No one gets to define me, but me.  I had to work at becoming a better version of myself all the time.

My grit was forming.  The more I felt like the government was defining me, the harder I tried to prove who I was.  Proving who you are isn’t as easy as it sounds.  First, I had to prove who I was to myself and at a level that I never could have imagined. When there is nothing tangible to offer, you have to be credible. As hard as this was to go through, there were defining moments in my life.  Some of the best moments were sitting in silence and realizing the power and the peace that I still had within my reach.