A Gift of Women’s Leadership from Shirin Ebadi

By Mahira Siddiqui • December 11, 2012•Superwomen JDs and What You Can Learn From Them 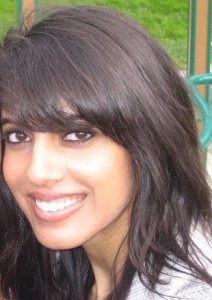 As the year draws to a close, a moment of reflection seems appropriate. I am officially halfway through law school and I am fortunate to be entering the legal profession during such exciting times. The year 2012 proved to be victorious for women. The 113th Congress will have 20 female senators, the most ever in U.S. history. In the Golden State, the federal bench in Oakland for the Northern District of California is the first major federal courthouse in the country to have an all-female bench of both lifetime appointees and their magistrate colleagues. Moreover, five of the six judges who sit in that courthouse are women of color. Talk about diversity! These triumphs make me optimistic for future victories at the state and federal level, but have also led me to think about the “gift” of women’s leadership in the law more broadly.

As a Pakistani Muslim woman, role models in the legal profession from a similar cultural and religious background are a rarity. Nonetheless, I expect this number to steadily rise in the years to come, thanks to the handful of woman who challenged conventional wisdom, took a step forward, and paved the path for ethnic women alike. Today, I pay homage to a wondrous woman who broke traditional barriers and inspired women to fight for cross-cultural equality: Shirin Ebadi.

Ms. Ebadi is an Iranian lawyer, former judge and human rights activist. She founded the Defenders of Human Rights Center, an organization that defends the rights of women, political prisoners and minorities in Iran. She devoted her life to strengthening the legal status of women and children, and in 2003, she was awarded the Nobel Peace Prize for her significant work with women’s, children’s and refugee rights. Ms. Ebadi’s work speaks to the egregious denials of equality several women face in the Middle East. She tirelessly fought for global and political equality, and at the same time, she aimed to restore the harmonious teachings of Islam that have been hijacked by radical hard-liners.

Needless to say, Ms. Ebadi is a feminist rock star and her pioneering efforts for democracy are too many to name! It’s refreshing to see a woman with similar cultural perspectives remain steadfast in her principles and use her legal prowess to further justice. Shirin is an astounding advocate and her story is truly a gift to women’s leadership.