So You Want to be An International Lawyer: Have Law Will Travel 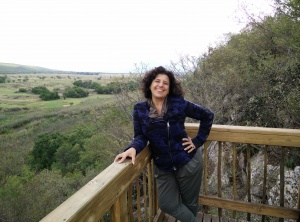 The first time I went to China there was plenty of tea but few designer jeans and not enough food for everyone. I was invited by the Global Alliance for Womens Health to give three workshops about womens health and Human rights--- which I did—at the UN Fourth World Conference on Women in China. It was not really as much an invitation as a dare to go there, the  chair of the organization offered me a prized slot as a  credentialed speaker based on my knowledge of  public health and law  without funding and without any assistance obtaining visas  hotels or supporting grants.  Before preparing for this workshop invitation, I had already served as a legal intern in the  Organization of American States in Washington DC,  after serving in  the UN in Geneva Switzerland, taught law in the USA and studied law in three different nations.

For the trip to China, visas and hotels were tied together at that time, and one could not book a hotel without a visa and one could not obtain the visa without proof of having prepaid the hotel.  Travel required a government visa for each day in China marked with each city to be visited. Meals and hotels were paid in advance as a condition of entry, and precious few visas were available for Americans from New York City who wished to attend the conference. Without salary, I was nonetheless lucky to have conference credentials.

I note also it was a difficult time in my life, because my son was diagnosed with a major disability that he still has and my mom had just died of breast cancer months before. My blonde haired blue eyes little girl Emalyn was just five years old and she had few memories of her maternal grandma even though we lived in my mom’s house until the very end of my mommy’s life.  My childrens’ father could not be found anywhere and when we called his parents to try to find him, the paternal grandmother shouted into her telephone that his whereabouts were none of my business and hung up the phone.  My live-in baby sitter who lived with us full time did not mind travel because she was a British subject living in New York City, but she disliked the notion of responsibility for two children alone in my home for the entire conference time.  It was in that context that I made up my family law:  If I travel more than 1,500 miles for work or more than five days my children must go with me or I forgoe the professional opportunity and stay home.

This was the first of several laws I created in my lifetime, and it made possible a defining moment in my career as an international lawyer and also made an indelible imprint about understanding international relations for many other lives. My brother was outraged, claiming that China was no place for little children. “But it is a country of a billion or more people, “ I pleaded with him, surely there must be children there who will play with a five year old as beautiful as my Emalyn.”  No he was emphatic: I must stay home and take care of my family in our tiny apartment and not go anywhere because my place in the home assured the future for my children. Didn’t I care what happened to them in the future he screamed. And I said the words then that have proven to be so important in our lives later: “By taking them with me I am building the future for them and by speaking at the conference in China I am doing my part to give them a better world.”

From that moment on, I felt my tasks in China regardless how expensive financially, would reap long term benefits for posterity and I was right.

Our small family with our baby sitter had amazing experiences. My little girl who had been rejected by her father and his extended family including grandparents, and had lost my parents due to their untimely death had felt isolated with low self esteem. But at that time in China, a little beautiful blond girl was quite a phenomenon and after much explaining, she and I and her brother and her nanny realized that the people who surrounded her in public places  were admirers who wanted to meet her in the best of friendly ways. We  have dozens of photos and videos of her surrounded by people. One photo has hundreds of Asian  tourists at the Great Wall who gathered around her, first one, then several until the entire photo was crowded with humans. This happened more than once during our trip and I do believe it gave her a sense of being a movie star, as the video cameras rolled and others took photos at the same time. I believe it has played a key role in making her comfortable on stage and as a performer despite the odds.

As for my son, who was the only little boy I saw at the entire meeting, and who was twice her age at the time, there was a great awakening to social issues that I had thought he had missed but were really only dormant until he wrote about them on his college essay applications. He  watched out the windows of our private touring van and commented  as our prepaid personal tourbus with chauffeur and translator passed the streets that so many people were selling cigarettes on the streets it was not possible that all those cigarettes were legal or that all of them really were Marlboros from the USA, and he asked  who would pay for expensive lung cancer treatment years later. He asked the translator what it was like not to be bothered with a sister, and thus  innocently broached discussion of  candid views about China’s one child policy. And, he boldly refused to eat prepaid Chinese food because  China itself did not meet the sanitary standards we all had taken for granted wheneating Chinese food  in the USA.  “I can get better Chinese food on 110th street and Broadway” he is famous saying when offered local food that smelled bad from rotting without refrigeration and he was right. My children were there with their baby sitter at my sessions, sometimes holding a video camera or getting bored if the meeting went too long, but always reminding us all that the work we had embarked upon was for posterity and all humanity. And having her with us gave me insight to how one travels across borders when far from home, a set of lessons  needed later in lafe.

But there was much more to this trip than a simple family video, it was the first time that the UN Conference on Women actually sought to write rules down for the future agenda of womens health, education and prevention of domestic violence. It was the time we brought ur domestic laws and our own personally ingrained legal values to prepare the background documents for the  UNITED NATIONS PLATFORM DOCUMENT on womens rights;  the blueprint for gender equity laws in the twenty first century.

We at the meeting used our computers to communicate with the world outside and our expensive and heavy portable phones, the antecedents to cell phones, to communicate with each other.  My three workshops were remarkably well attended despite the fact that most publicity was by word of mouth, there were no facebook blogs or twitter announcements.  From around the world dressed in vibrant colors and strange fabrics, women listened patiently as I spoke, and I was pleased that my words kindled their interest, and more importantly, gave them permission to speak their own views about health, the right ot health, and the role of maintaining womens health in order to secure human rights. And my understanding of the universality of legal norms and profound shared concepts we crystalize into rights became very keen after listening to them, too.

The China conference was a juridical genesis as shared concepts of law traversed the boundary from folklore into codified international United Nations documents. We committed shared values into texts that were the background materials for international law. Since the Platform Document of the Beijing Conference was adopted, womens rights have blossomed: There have been female heads of state in major nations such as Germany Chile Ukraine and Switzerland, and international treaties requiring member states to demonstrate female participation rates that are fair and equitable at all levels of governance. Suddenly there are courses about international law, global health law and global business relations in every university!

When we travel, the values we bring with us shape our work in international law. But above all we bring our own admixture of personal and cultural concepts of  law.

Have law, will travel.

This column provides insight into both: the glory and the guts of literally taking on the world as a lawyer. Yes, there are myths to be shattered and dreams to dream when one thinks of working in international law. Stay tuned for more adventures next month!

Since the time that ilise was a little girl when  lawyers were men with cigars her father, the late Jack Levy Esq. who admitted her to the Bar of the Suprme Court in the United States, ilise was  unquestionably encouraged by her father to go to law school. He viewed law school and lawyering as ilise’s destiny; it is reported that he said when lawyerly cigar ashes flew over her baby carriage as he looked upon newborn ilise, “law school law school, you are going to go to law school”   Decades later ilise has served as an international civil servant in the United Nations in Geneva Switzerland and a Member of the Faculty of Columbia University School of Law in the City of New York and has written pro bono briefs on major US Suprme court cases.  ilise views herself as a “genetic lawyer” consistent with her father’s view of her destiny since she was a little girl because her son Jay is now a lawyer too. “I merely passed the gene along” she says, noting that few women were lawyers when she was born and fewer still were moms even at the time that she graduated law school, then pregnant with Jay. Ilise also  has a Masters of Science in Public Health from the Johns Hopkins University where she wrote a peer reviewed thesis about womens autonomous decisionmaking during pregnancy in light of the Human Genome Project, having served as a Co-Investigator of  an ethical legal and social implications (“ELSI”) grant for genetics at Columbia University. Ilise also has a doctorate in international relations from the Geneva School of Diplomacy and won the University of Lausanne prize for the best research in social medicine and prevention for her thesis “FORECASTING NANO LAW: RISK MANAGEMENT PROTECTING PUBLIC HEALTH UNDER INTERNATIONAL LAW”.  But she loves and is most proud of her role as Expert for the Parliamentary Assembly of the Council of Europe for Nanotechnology, where she has written Nanotechnology: Balancing Benefits and Risks to Public Health and the Environment and is the author of the Council of Europe Handbook for Parliamentarians on the Convention Against Medicrime, which was launched in English and French at the OECD conference space in Paris 2015.  Mme Chirac was  presented a French version of ilise’s work.