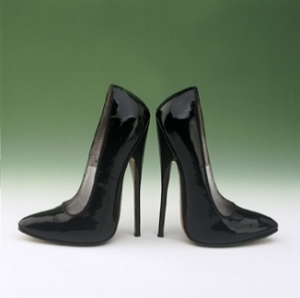 With the election just a day away, many state ballot initiatives have been overshadowed by media coverage of the hard-fought presidential race.  TV ads that do address state initiatives are so partisan they make it difficult for voters to decipher the truth.  One of the more controversial initiatives on the California ballot this upcoming election would require labeling of genetically engineered (“GE”) foods, also known as genetically modified foods.

What are GE Foods?

GE foods are those that have had their genetic material altered in some way, often by the insertion of genes from other plants, animals, viruses or bacteria.   This is done to achieve some desired effect, such as to make the food more resistant to pests or disease.  GE foods are ubiquitous in the American food system.  An estimated 88% of corn and 94% of soybeans grown in the United States in 2011 were GE.  GE foods exist not only in fruit and vegetable varieties, but are also ingredients in many processed foods and beverages.  High fructose corn syrup, for example, is made from GE corn.

Arguments In Favor Of and Against GE Foods

GE foods can be engineered to have more nutrients than conventional foods.  For example, brightly-colored GE “golden rice” has beta-carotene added to it.  This rice has been touted by Microsoft founder and philanthropist Bill Gates as a way to end Vitamin A deficiency in parts of the developing world.  GE foods are also lauded for improving crop production because of their increased resistance to pests and herbicides.

Those that oppose GE foods do so largely on environmental and health grounds.  They cite the increase in superweeds and the increase in pesticide in the air and rain as a by-product of GE farming techniques.   Some organic farmers also face the issue of pollen drift.  This occurs when pollen from GE crops drifts to organic farms and cross-pollination occurs, resulting in the transfer of genetic material from GE crops to organic crops.  This contamination can jeopardize a farmer’s organic certification.  From a health perspective, those that are against GE foods point out that GE foods have not been proven safe, and that some research indicates that GE foods may cause allergies or other harmful effects, such as pesticides from GE foods showing up in our bloodstreams.

Human consumption of GE foods is still relatively new, with the first GE food commercially available in 1994.  Long term studies on its effects on human health are simply not available.  The American Medical Association, the World Health Organization, and other respected international organizations all believe that GE foods are safe for human consumption.  Detractors, however, claim that the body of evidence is still not robust enough at this time to know the long term health effects of these foods.  Perhaps the truth lies somewhere in the middle – neither a Frankenfood disaster nor a global hunger-fighting panacea.  In the meantime, the debate heats up over whether consumers having a “right to know” what is in their foods or whether labeling GE foods is an unnecessary and costly scare tactic.

Proposition 37 would require “labeling on raw or processed food offered for sale to consumers if made from plants or animals with genetic material changed in specified ways.”  It also prohibits GE foods and processed foods from being labeled as “natural.”  The law exempts certain foods from the labeling requirements of the law.  Exempt are those foods that are unintentionally produced with GE material or those made from animals that were fed or injected with GE material but that are not GE themselves.  It is important to note that the law is a labeling initiative and does not ban the production or sale of GE foods.

Why Non-Californians Should Care Too

Well, you may ask - I’m not a citizen of California, so why should I care? As the most populous state in the country and the eighth largest economy in the world, people pay attention to what happens in California.  California often leads the way on issues related to food production, the environment, and health.  Journalists across the country have weighed in on this measure, highlighting the far-reaching interest many have in this topic.  A nationwide movement to require labeling of GE foods at the federal level has been underway since last year.  According to the group leading this effort, Just Label It, a large majority of Americans favor mandatory labeling of GE foods.  They cite multiple third-party surveys that all state that over 90% of Americans favor labeling of GE foods.

Furthermore, because California occupies such a large portion of the national market, manufacturers who decide to reformulate their foods in order to avoid having to label their foods as GE may decide to just reformulate their products for all markets.  Other states have tried to pass similar laws but California is the only state to have it on the ballot this election.  If this law passes, eyes will be on California to see the impact of the law and the feasibility of similar laws in other states.

Arguments in Favor of and Against Labeling GE Foods

There are three main arguments put forth by those in favor of Proposition 37:

- You have the right to know what’s in your food and whether your food is produced using genetic engineering.

-  Food will be labeled accurately.  Food labels will have to disclose if the productwas produced through genetic engineering.

-  Protecting your family’s health will be easier.  You’ll have information on foods that some physicians and scientists say are linked to allergies and other significant health risks.

They also argue that the food we buy already has nutritional information on it, and labeling GE foods would be part of that scheme.  They point out that over 40 countries around the world already require labels for GE foods.   There are no long-term health studies that have proven GE foods safe for human consumption.  They also say that Proposition 37 doesn’t raise food costs or taxes.  It will also prevent the misleading use of the word “natural” on GE products.

There are several arguments that opponents of Proposition 37 focus on:

-  Proposition 37 conflicts with science.  GE foods have been used for nearly two decades and thousands of foods are made with ingredients from biotech crops.  Respected organizations such as the National Academy of Sciences, the American Council on Science and Health, the Academy of Nutrition and Dietetics, and the World Health Organization have concluded that biotech foods are safe.

-  Proposition 37 is full of special-interest exemptions.  For example, it requires special labels on soy milk but not cow’s milk, fruit juice, but not alcohol.

-  Proposition 37 authorizes shakedown lawsuits.  It was written by trial lawyers to benefit trial lawyers.  It would allow suits without proof of harm.

-  Proposition 37 will add more bureaucracy and taxpayer costs.  These costs would arise from administering the law and its monitoring requirements.

-  Proposition 37 means higher food costs.  This is really a hidden food tax that would force farmers and food companies to implement costly new operations or switch to higher-priced non GE or organic ingredients.

Who Is Behind Each Side?

The No on Proposition 37 side has out-raised the Yes on Proposition 37 side by more than six and a half fold.  Recent estimates put the figures at $40,467,551 for the No side and $6,220,190.10 for the Yes side.  Amongst the biggest contributors to the No on Prop 37 effort are Monsanto, DuPont, and PepsiCo.  On the Yes side are Mercola.com Health Resources, the Organic Consumers Fund, and Kent Whealy.  Monsanto’s contribution of more than $7 million is more than double the amount from the top three contributions on the Yes side put together.  Monsanto is one of the top two worldwide sellers of GE seeds and also sells the pesticides and herbicides like Roundup that are used on GE crops.

Regardless of what state you live in or what your stance on the issue, one thing should not be up for debate – go out and cast for vote on November 6th!  If that wasn’t motivating enough for you, maybe I can guilt you into voting with a brief refresher on the women’s suffrage movement in the United States.  Women did not get the right to vote until 1920, and this was only after the efforts of brave women who faced physical abuse and imprisonment to win that right. So see you at the polls ladies!