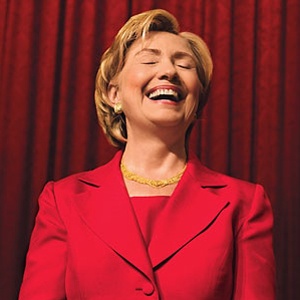 Dubbing her a "trailblazing political pioneer," Hillary Clinton was named a 2008 Woman of the Year by Glamour Magazine.

Although she did not reach the White House, Kati Marton writes that Hillary "won while losing."

She continues to be a huge force on every topic she cares about, and her stature remains undiminished throughout the world. “Hillary has emerged as an international symbol of the endeavor to give globalization a more human face,” says Michelle Bachelet, the president of Chile. Hillary’s famous “18 million cracks” in the glass ceiling—the number of votes cast for her in the primaries—represent the closest any woman has ever come to the greatest prize in the world, the presidency of the United States. Her candidacy defined the high-water mark of the women’s movement in American political life—so far.