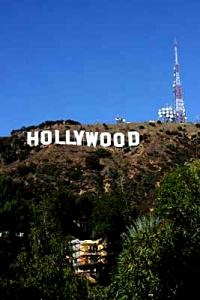 Ed. Note: This summer, Ms. JD solicited lessons learned from law students across the country. Many of the responses explored Hollywood’s interpretation of law school and the legal profession. From Legally Blonde to Law and Order—not to mention the 1970s classic The Paper Chase—students told us where Hollywood got it right and where Hollywood completely missed the mark.

A student at UC Davis School of Law says that the scary professor in The Paper Chase is not an accurate depiction of law professors:

When I decided to go to law school, my dad rented me The Paper Chase, a 1970s movie about Harvard Law, which featured an extremely intimidating Contracts professor. In visits to a couple of law schools we prospective students were made to read a case and were called on by a professor as an introduction to the Socratic method. These experiences TERRIFIED me. I just knew that I’d be called on in a class and have no idea what the answer was. It didn’t turn out that way though, as all my professors have been sympathetic to our fright, and none have made a point of embarrassing unprepared students, as happened in The Paper Chase.

Erin, a student at Harvard Law, agrees that The Paper Chase is not an authentic representation of law school:

Legally Blonde is probably a more accurate look at life at law school today than The Paper Chase. There may not be an Elle Woods in your 1L class, but these days you’ll have a better chance of sharing a power outlet with a Barbie look-alike than that crazy guy from The Paper Chase who made the 800-page outline. Plan accordingly.

A student at Quinnipiac University School of Law says that Legally Blonde is at least partially correct:

Although it is undeniably one of my favorite “classic” movies, the trials and tribulations of Elle Woods in Legally Blonde are far different from the reality of what happens in law school…but, in the end, I guess Elle Woods was not all wrong. Being true to yourself really does pay off. Law school can create life long friends. Most women are much smarter than they think they are. And beauty, brains and a legal career are a winning combo in the courtroom.

Erin points out that sometimes Hollywood gets it right and sometimes they don’t:

On the one hand, there’s not a nerdy law girl out there who hasn’t yelled at her TV set something to the effect of “That would never work. It’s a negligence tort” or “Duh! She can sue for enforcement of their oral contract.” It seems like the characters in our favorite shows and movies will never understand the reality of the law. On the other hand, never underestimate the educational power of Jack McCoy. The eight-graders I taught for mock trial this year were a little shaky on the First Amendment, but when I started explaining a case called Miranda v. Arizona, this kid in the back stands up, unprompted, and recites the entire set of Miranda rights from memory. I applauded his knowledge and asked him how he knew about Miranda. He scoffed, “Law and Order, lady.”