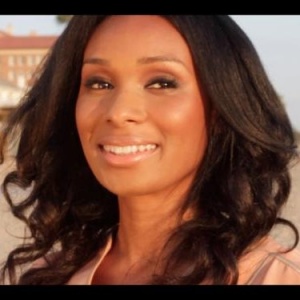 Go to law school, work for a firm, make lots of money, rinse wash and repeat. The typical story for most attorneys was not the path set out for Heather Washington. I had the opportunity to speak with Heather and pick her brain on how she became the Feature Film Executive that she is today.

Heather is a Howard University and University of Pennsylvania Law School alum, and she relentlessly followed her inspirations in the Entertainment business. After working for two prestigious law firms, Sutherland Asbill & Brennan LLP and DLA Piper, Heather found her calling and her passion in Hollywood. Instead of dreaming of what could have been, Heather fervently engrossed herself in every aspect of the film industry. In pursuit of her dreams, she became a student of the entire entertainment business; and when opportunity knocked at Universal Pictures, she answered. Heather’s continued persistence while keeping in mind the anecdotes from women in her life, led her to work for a top film production company, Will Packer Productions.

Ms. J.D.’s 10th annual “Her Story” Conference speaker Heather Washington details on how she went from being a Corporate Attorney in Atlanta to a Feature Film Executive in Hollywood. https://ms-jd.org/annual-conference/conference-speakers/

Briefly walk us through your career path?

When I graduated from Howard, I moved to New York for a couple of years, and while I was there, I worked on Wall Street. Being in New York was a very eye-opening experience for me. I enjoyed being in one of the capitals of the entertainment world, and I found myself going to a lot of Broadway Shows, plays, movie screenings and film festivals. I thought to myself “wow, there is something here.”

When I left New York and decided to go to law school, my intention was to work in Entertainment Law because of the experiences that I had there. I graduated from UPenn, but when I came out of law school and decided to move back home to Atlanta, I struggled to find a position in Entertainment Law. I met a few Entertainment attorneys but they were basically sole practitioners, and there wasn’t a big law firm with an Entertainment law department in Atlanta. I practiced Corporate Law for three years, but I wasn’t inspired by it, and ultimately it wasn’t feeding my passions, interests and long-term goals. So I started researching the film industry because I knew that I could see myself moving in that direction. In doing that research, I went to more film festivals, networked and met people with all types of jobs in the film industry, including writers, directors, studio executives, producers, agents, managers, and Entertainment attorneys.  I also took some writing and producing courses because I really wanted to learn all that I could about the business.

Then in 2009, I applied for a studio executive training program at Universal Pictures. When I read about the program after researching opportunities online, I knew that it was perfect for me. The program was for people who had advanced degrees, such as a J.D., MBA or MFA, that were interested in transitioning into the film business. The program was also set up as a rotational program, so for three years, you would make rotations throughout Universal Pictures learning about various areas of business. Thankfully I was accepted into the program. During my time in it, I worked in Digital Marketing, Multicultural Marketing, Publicity and Film Production, and Development. I was most inspired by my experiences in the Film Production and Development Group because this group actually hears the film pitches, reads the scripts and source materials, provides notes on scripts in development and hires the directors and actors. They are onset when the movies are made and oversee the production process. I really loved this rotation because it is the foundation of what we do and it is one of the most creative positions in the film business. In the end, I really felt inspired by my experiences in Universal’s studio executive training program.

After completing the training program, Universal offered me a job managing their newly launched writer’s fellowship program. Universal had just established the program to identify and cultivate new and unique voices with a passion for storytelling. I managed that writer's program for three years and during that time I was fortunate enough to help launch the careers of some truly talented and diverse screenwriters.

I left Universal when I heard that one of the studio’s main producers, Will Packer, was hiring a Creative Executive. I knew that working with a producer who has a very robust slate, making 2-3 movies a year, would be a good way for me to learn more about making movies. Thankfully I got that job, and I have been working at Will Packer Productions as a Creative Executive for over a year now.

As a Creative Executive, what does your job entail?

My main responsibility as a Creative Executive is to find material for the company to produce. That entails reading scripts that are submitted to us from agents, managers, writers, directors, and actors and providing my opinion on the potential of the script as a movie. I also read books, newspapers and magazine articles to search for movie ideas. I watch a lot of films, television shows, and short films to assess the work of filmmakers and actors. I am on set when our films are in production to ensure everything is going well. When we are in post-production, I watch several cuts of the film to give feedback to the director and editor.

With such a dramatic change of career path do you feel like your law degree is still useful?

I do. My law degree has opened a lot of doors for me. My first job in the Entertainment business at Universal Pictures required that you have an advanced degree, so my JD helped me meet that requirement for the job. Attending one of the top law schools in the nation has also opened doors because people generally understand the complexities of law school and the bar exam. Having a JD helps me perform my job better on a day-to-day basis. As a lawyer, you’re taught to look for issues and figure out solutions, and that happens all the time when you’re putting together a movie. There is always going to be some issue, challenge, or unexpected crisis to manage and my legal background helps me to identify those issues ahead of time so we can do as much planning as possible. And when the issues do come up, it helps to be able to think clearly and figure out a creative and feasible solution. My legal background helps tremendously with that aspect of my job.

In regard to the #MeToo movement, you are front and center in Hollywood. What are your takeaways from what is going on currently?

The #MeToo movement and also the recent diversity initiatives in film and television are going to make our industry stronger. When we start to have boardrooms that look more like the audience we’re creating content for, our content will better reflect the world that we actually live in with all of its diverse perspectives and voices. I think the #MeToo movement and recent diversity initiatives are going to challenge everyone to work better by creating a safer and more inclusive environment inside the studios, networks, on the film sets and everywhere.

What advice would you give young women that want to enter the Entertainment business?

Always listen to your gut instinct. I have learned to trust my gut because it usually steers me in the right direction. I also carry with me the wisdom, encouragement, and advice that has been imparted to me by my mom, grandmothers and aunts. I come from a family of strong, independent and determined women and I value the lessons they imparted to me about being a working mom.

If you could give your younger self one piece of advice what would it be?

To not be afraid of change. When I was growing up, I wanted things to happen exactly as I envisioned them and on a specific timeline. But I’ve since learned that’s just not realistic. I’ve learned to be open to change, and the curveballs and speed bumps life will throw at you.  Usually, the end result is even better than what you envisioned. For example, I thought I was going to be an Entertainment Attorney, but now I am working as a Feature Film Executive, and this is an even better career than I initially imagined for myself.

Lastly, how do you personally define success?

Success is not defined by money, accolades or title. I think success is defined by joy and happiness. I feel successful right now because I have a fun and creative career that I absolutely love. It feeds my passions and interests and grants me the opportunity to learn something new every day.