How Long Does It Take to Get a Divorce in Florida?

The answer is that there is no answer because it depends on the circumstances. Divorcing a spouse in Florida can be quick in some cases, and quite lengthy in others.  The bigger question would be better started with “Do I qualify for an uncontested divorce?” or “Must my divorce be contested?”

A divorce in Florida will also vary timewise depending on the county you file in, the judge, whether the divorce is contested or uncontested, and you and your spouse.

A smaller majority of people will be able get an uncontested divorce. If both parties agree about the divorce, have only been married for a short time, don’t have any children together, few assets to divide, and agree on the division of those assets, then they may be able to qualify for an uncontested divorce.

Going through an uncontested divorce

Going through a contested divorce

Contested divorces come about when marriages are very broken and there is little to no communication left in the marriage. Everything turns into a war or argument, even over the smallest of things. There also may be physical violence, or emotional abuse going on within the marriage. In these circumstances, contested divorces are necessary as the parties will need someone on their behalf to represent them and their needs in the divorce process.  Oftentimes there are some spouses who just simply refuse to talk about the divorce and ignore that it’s even happening.  Ignoring the issue, unfortunately, will only make things worse, and when one spouse refuses to negotiate, then it will be impossible to reach an equitable settlement.

Agreements should never be reached when either party is under any sort of pressure. One spouse may be very controlling and will attempt to railroad the other party into an agreement. Having an experienced St. Petersburg divorce attorney on your side is critical.  Contested divorces absolutely require a divorce lawyer who knows the details of your situation. Many divorces are contested simply because the two parties cannot agree on the specifics of the divorce including child custody, spousal support, asset division and so on.

When there are issues that divorcing couples cannot agree on, the issues can take many months to be heard by a court, and the time to be heard will be determined by where you reside, and the amount of cases a given court district is hearing.  Populated areas such Tampa, St. Pete, and Clearwater have judges with hundreds of cases on the docket, meaning it can take a significant amount of time to get each hearing scheduled.

When a contested divorce becomes uncontested

This may sound like a strange proposition, but many divorces that start out contested, end up being “uncontested” due to cases going to mediation.  Mediation proceedings can help solve many of the sticking points between spouses that are keeping a divorce agreement from getting done.  While these divorces ultimately end up “uncontested” by way of settlement, they don’t have the luxury of being fast tracked the way an uncontested divorce is handled. When the divorce starts out as contested, it must go through all the standard court proceedings before reaching mediation.  While the outcome may ultimately be better, and all parties come to an agreement that they are satisfied with, it is still a slow process for the divorcing spouses.

When a divorce goes to trial

Only about one percent of Florida divorces will go to trial. On average it will take about a year to get to trial. In best case scenarios, it could take as little as five months.  In worst case scenarios it could take years, depending on the judge’s caseload. Some things you can do to speed up the process, even if yours is the one percent that ends up needing to go to trial:

As you can see, the amount of time it takes you to get divorced in Florida hinges on several factors. The best choice you can make early in the process is to hire an experienced, knowledgeable Florida family law attorney to help guide you through the divorce maze.

Founding attorney Marc F. Plotnick is in the legal field because he loves helping people. He also finds the challenge of putting his clients in the best possible position to be extremely rewarding. As a second-generation attorney, Attorney Plotnick grew up around the law and learned from his father’s example that through dedication and hard work, a lawyer can give his clients the tools they need to improve their lives. 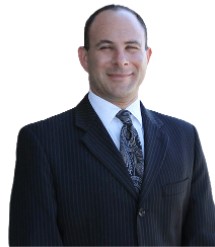