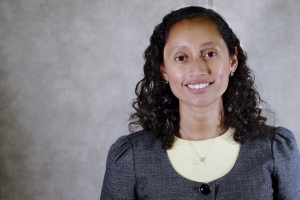 Lynda Cevallos is an attorney who has served for eleven years as a Director, Pre-Law Educational Activities and undergraduate adviser for the Council on Legal Education Opportunity, Inc. (CLEO).  Before joining CLEO, Ms. Cevallos practiced for 4 years employment and labor law with a Washington, D.C., law firm and previously clerked for the National Labor Relations Board and the U.S. Department of Labor. She is a cum laude graduate of Rutgers University and also received an Associate’s in German from Schiller University in Heidelberg, Germany.  She earned her Juris Doctorate from the Washington College of Law at American University, and is NY and NJ barred.

Today, we’ll be learning about Lynda’s transition from employment attorney to CLEO’s Director of Pre-Law Educational Activities, how CLEO’s evolved in response to law school changes, her advice for applicants, and goals for CLEO.

Hi Lynda, thank you so much for taking the time to speak with me today. Let’s jump in! How did you transition from an employment and labor law attorney to CLEO’s Director of Pre-Law Educational Activities?

Lynda: As an employment and labor law attorney, my boss and I would often go to court for litigation. My boss at the time, an African-American woman who hired me for the position, and I, a Latina woman, went up against teams of mostly white males. I frequently noted the lack of diversity and how discouraging this was, yet it was my boss who finally motivated me to do something about it.  I first started looking into different organizations to help. When I came across CLEO, I found that they had a position open that sounded like a dream. I planned to come in at a maximum of five years and serve as the Director of Pre-Law Educational Activities. I’ve now been here over ten years, a testament to how much I love what I do. My former boss has been my supporter throughout the process, served as a personal mentor, and we continue to keep in touch.

What an incredible path! Such a great testament to the power of mentorship, and women’s mentorship at that, to help us navigate and pursue meaningful change. Speaking of change, how have CLEO's pre-law services adapted to the changing law school climate?

Lynda: When I started at CLEO, we didn’t utilize technology, which we have since changed. Students are now able to do things online or through apps like Skype, whether for presentations or one-on-ones. Adapting has been very important to CLEO’s development as things are evolving almost every day in the law school world.

About four years ago, students were coming to the CLEO team with their personal statements, after paying for consultants. Many of these personal statements were riddled with errors after students spent hundreds of dollars paying for consultant review. As a result, we began creating CLAS (an application review service open to anyone) not only to provide such services for a nominal fee but also to help students with the crucial written application components, which some students may have more control over than their GPA. As part of creating CLAS, we went to conferences and connected with admissions folks so we can learn more about what they’re after and receive feedback to further hone the service.

It seems that you’ve reviewed a lot of different applications, from students in a wide range of circumstances. If you could give advice to law school applicants, what would it be?

Lynda: First and foremost, do everything as early as possible.

Second, your application components are all you get. Do not leave anything out of your application, but instead use it as an opportunity to explain things. Many students come to me saying, “Oh well my GPA is this, my LSAT is this, I’m sure admissions people have heard all kinds of excuses.” Rather than addressing it in an addendum, they omit it. It’s still worth it to explain. It doesn’t matter if the application before yours had the same explanation when they look at your application, they’re only worried about you. It’s not an excuse if you can back it up; it’s a justification. Admissions offices don’t have time to sit there and figure you out. By telling them, they don’t have the opportunity to speculate.

This could even be an opportunity. Many students have a low GPA or test scores for substantial reasons, such as full-time work during school or supporting family members, but admissions officers will never know if you don’t tell them. I’ve learned how to pull things out of many students. I’ll ask them little questions here and there about where they’re at with their GPA and LSAT and often receive one-word answers. As I dig deeper, and ask, "When you say this, what do you mean? Were you working during school? Or have any other responsibilities?" Students say “yeah, but I don’t think that’s a big deal.” When you break it down, the students will realize that they may have been working twenty hours during school, but had to drive an hour there and back, which could have impacted their studying and GPA.

This idea of disclosure is going to be just as critical when you prepare your bar application packet and go to take the bar. It’s never going to hurt you. No admissions officer will say you told them too much so you may as well get in the habit now.

That’s great advice! As you look back on your own law school application process, what would you say to those that are in the process of choosing schools to attend this fall?

Lynda: For those evaluating different law schools, I recommend leaving your options open and trying to visit if you can (some schools even provide travel vouchers). School websites and viewbooks are great introductory resources to schools, and you may read some great things about the school and learn about programs that interest you, but it may feel different when you visit. Visiting made all the difference for me in choosing the Washington College of Law at American University. I was able to sit in the dining room, see how students and professors interacted during class, and meet some of my future classmates. While I was initially attracted to their international law program, it wasn’t until I visited that I realized it felt like a second home and had a diverse campus. These two things informed my decision.

Though I didn’t end up going into international law (something I learned by practicing at an international law clinic), a law panel introduced me to the field of employment and labor law, which I pursued before CLEO. During law school, you’ll be exposed to so many different areas and fields you’ve never considered, and you can really find an area that speaks to you, so long as you’re at a school that will support you.

Support is so important. I’m reminded that CLEO is celebrating its fiftieth anniversary of supporting low-income and minority pre-law and law school students. Where would you like to see CLEO in the next fifty years?

Lynda: The most prominent goal I have for CLEO is to make it a household name. We have so many alumni, but when I attend conferences on behalf of CLEO, many pre-law advisors aren’t aware of our program. I recognize that our smaller staff can’t be everywhere, but it would be great if we could utilize our extensive network of alumni and maybe create some college student affiliate groups to spread awareness. Having these groups would not only help CLEO become more well-known but also would provide greater access to students at an earlier stage of the application process, produce student leadership, and help foster a peer-to-peer pre-law network.

To raise awareness about CLEO, a second goal is to increase staffing to do more outreach. This year, we’re doing a lot to celebrate CLEO’s fiftieth anniversary, with receptions from San Francisco to New York throughout the year. As a nonprofit, these celebrations aren’t just to honor our history and alumni, but can also help us raise funding for additional staff, and the law school scholarships that we used to offer. Even if it is just a books scholarship, I would love for CLEO to be able to re-implement a scholarship program and give more scholarships out.

Thank you so much for your time, Lynda. I really enjoyed learning more about you and your involvement with CLEO.

As the Director of Pre-Law Educational Activities at CLEO, Ms. Cevallos travels extensively to do outreach and oversee various Pre-Law programs.  She is also a featured speaker at Pre-Law events and visits college campuses across the country, speaking to student groups about the importance of diversity in the legal profession, and providing resources to guide students’ success on the road to law school. To find out more about CLEO’s programs and services (and meet Lynda at an event near you), please visit CLEO's website: https://cleoinc.org/pre-law-programs/