I will be a volcano. 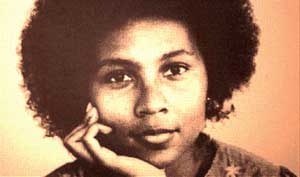 "We are volcanoes. When we women offer our experience as our truth, as human truth, all the maps change. There are new mountains."

Entering the legal profession is quite a different matter from being a woman. Both make me proud, give me insights into complex social and political issues, and comprise particular lenses through which I interact with the world. They differ mainly in the level of objective optimism with which I see them. Being a lawyer is effectively joining the 21st century American aristocracy. Being a woman is living in a constant struggle to be taken seriously.

Our government is dominated by men. Our presidents and vice presidents are always men, the cabinet and the legislature is primarily men, our police forces and military are completely male dominated, and our federal judges are mostly men. In a country where women are a proud majority of 51%, our laws are made by men, enforced by men, and adjudicated by men.

The great majority of our principles, deans, and professors, our doctors and surgeons, our senior attorneys and corporate CEOs are all men. Men’s professional sports is a vastly larger industry than women’s, most plays, films, and television programs have many more male figures than female, a much larger number of bylines in leading newspapers are by men, most leading chefs are men, and nearly all religious leaders are men. I have never seen a woman conduct an orchestra, or heard a female voice from the cockpit of a commercial plane. Most significant of all, the people we study as historically important figures are nearly all men.

On a case by case basis, I have no reason to resent the power or status of any of my male professors, deans, supervisors, political representatives, reporters, or public figures; many or most of them are admirable and inspiring. But seen as a whole in society, the stark gender disparities are shocking. And the legal field is no exception.

As a kid growing up in Wyoming, the gender imbalance never bothered me. It was normal, and I didn't even see it. A man in a position of authority is nothing unusual, and I looked up to them with no regard for gender one way or another. I saw myself as their equal, in the future when age and experience gaps had evened out. But now that I am an adult woman, I notice that’s not quite how men see me. As a woman, I do not look like a standard figure of authority, and am unlikely to ever be treated as such.

With my eyes open, this is the adult professional world that I will enter as a female lawyer. I suppose it’s conceivable that men are better at all these things in our society and that's why they occupy so many fields. But maybe what we define as ‘better’ is an evaluation created and delineated by men to suit themselves. As a lawyer, in a position to impact law and policy and social meaning, with unique training in the refinement of language as a tool of justice, I wonder how I can broaden the definition of what is ‘important’ and what is ‘better’ to reflect the whole of society.

Within my legal career, this brings me to the quintessential activist’s choice. Do I seek to achieve some small contribution to women’s equality by joining a prestigious firm and working very hard until I join the token representative force of women at the top, and try to wield some influence over the future of women in the legal profession from there? Or do I use my legal power to represent the unrepresented and the voiceless, seeking to prove that importance and excellence, perhaps even glamour, should be redefined to include my work and my clients?

For me, the choice is a straw man. I have no interest whatsoever in corporate clients, patents, or securities and investment, nor in earning a swank corner office, and I would never be able to fake it well enough to be a successful lawyer at a big firm, even for the sake of shaking a little feminism into the upper echelons of the legal profession. So I’ve already pre-selected myself for the ‘less important,’ ‘less prestigious,’ ‘woman-appropriate’ career in public interest law. Who says it’s less important and less prestigious? The partners at famous law firms, of course.

I beg to differ.

I beg to suggest that my mission, as a woman, as a feminist, and as a public-interest lawyer, is to contribute to the reshaping of social values from the core, to refuse to allow a white patriarchy to define my values or priorities for me.

I intend to reorganize their values for them. On my terms, this time.

How is this to be done? Well, I'm working on that. I'm grappling with many remaining questions on how can I employ the law to transform the social values that ignore women. It only begins with challenging the Supreme Court’s recent evisceration of equal pay in Ledbetter v. Goodyear. It’s more abstract, and much more comprehensive than litigation. It has to do with imagery, epistemology, and symbolism that normally lie outside the scope of our narrow-minded legal system. It’s a question of shaping our legal culture to acknowledge and reorder deep seated cultural hierarchies, conservative semantics, and ingrained values.

I’ve set myself up impossibly; I don’t have solution. Any solution that may come is unlikely to happen fast enough to satisfy me. But I’ll keep working on it, nonetheless. I will be a lawyer who demands that society, legal society and cultural society as they are innately bound up in one another, to afford equal social status to the values the unrepresented, of women, minorities, and to the most discriminated against of all: the poor. A sense of obligation to substantive, meaningful equality permeates my life and my career aspirations. That is what it means to me to be a woman entering the legal profession. To have heightened awareness, pride, and the intellectual preparation to take on an overwhelming challenge.