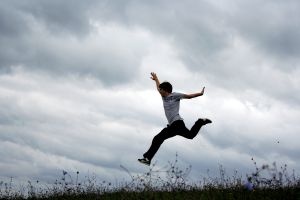 As lawyers, we are already 3.6 times more likely to suffer from a major depressive disorder than non-lawyers with similar socio-demographic traits. As women, it now appears we are more likely to be unhappy due to our membership in that demographic as well. Recent research findings suggest that women, who reported being happier than men in the 1970s, are now less happy than men. Two research papers by Alan Krueger and Betsey Stevenson and Justin Wolfers have sparked a flurry of speculative articles (mostly by men) on the disparity. Steven Levitt of Freakonomics fame had 4 hypotheses for the gap:

1. Though things have improved for women since the start of the feminist movement, “change has happened a lot more slowly than anticipated. Thus, relative to these lofty expectations, things have been a disappointment.” (Could he perhaps be referring to the less than 20% of female firm partners? If anything, this is an understatement).

2. The reality of women’s lives now more closely matches that of men’s, and men have been “historically less happy than women” (not sure I buy that). Consequently, “it might not be surprising if the things in the workplace that always made men unhappy are now bedeviling women as well.” (unclear if men had quite the same problems with sexual harassment and discrimination or if he means other kinds of "bedevilment" like paper cuts and long hours, which men and women now share equally).

3. There was more “social pressure on women in the old days to pretend they were happy even if they weren’t. Now, society allows women to express their feelings openly when they are dissatisfied with life.” (Anyone who has read The Feminine Mystique can probably admit to the plausibility of that.)

4. Self-reported happiness statistics do not provide good outcome measures. (Telling someone how happy you are is a soft science at best).

David Leonhardt, joins the fray in a longer article in which he posits that women are less happy now than they were in the 1970s because “women now have a much longer to-do list than they once did,” and “they can’t possibly get it all done, and many end up feeling as if they are somehow falling short.” Why is the to-do list longer? My own reaction is that we’ve gained the pressures that accompany increased opportunities without the relief of decreased expectations in other areas.

Stevenson told Leonhardt that even though women faced more discrimination 30 years ago, they probably “had narrower ambitions,” and “many compared themselves only to other women, rather than to men as well.” So, women still compete with each other to be the prettiest or throw the best dinner party, but women now also compete with men (and women) to get top jobs and professional recognition. In my experience, women lawyers tend to compete more with other women even professionally, as though only a certain number of women can get ahead while an unlimited number of men can, so it's better to pit yourself against the women than the men.

Regardless of with whom we compete, women clearly haven’t shifted out of the beautiful homemaker pressures but we have shifted into the pressures of being more than “just” beautiful homemakers. The continuing premium on women’s physical perfection has led Stevenson to a “hottie theory” explaining women’s unhappiness. In response to an article by Sara Rimer profiling high school girls from an elite Boston suburb, Stevenson reflected: “When I was in high school, it was clear being a hottie was the most important thing, and it’s not that it’s any less important today. It’s that other things have become more important. And, frankly, people spent a lot of time trying to be a hottie when I was in high school. So I don’t know where they find the time today.” If Rimer’s interview subjects are any indication, things haven’t changed much for high school girls today. One girl with a perfect score on her SATs told Rimer: “It’s out of style to admit it, but it is more important to be hot than smart.”

In the end, it doesn’t really matter whether you buy Stevenson and Wolfers’ conclusion that “the increased opportunity to succeed in many dimensions may have led to an increased likelihood of believing that one’s life is not measuring up” or Krueger’s less nuanced finding that “men have reduced their time in work-related activities while women have increased theirs.” Though people might disagree about the cause of the happiness gap, there seems to be agreement about its existence.

Leonhardt concludes that this research shows “just how incomplete the gender revolution has been. Although women have flooded into the work force, American society hasn’t fully come to grips with the change. The United States still doesn’t have universal preschool, and, in contrast to other industrialized countries, there is no guaranteed paid leave for new parents.” His idea is apparently that if women's to-do lists became shorter, they would have more time to be happy. Would this increased time ease the other pressures, though? How can we change the pressure put on women to be aesthetically, and now professionally, perfect?

I don't think the problem for women lawyers is any of those 4 listed. #1 is closest but is still incomplete. The problem is now women have all these opportunities they want to pursue and, for the ones who do, they are often still expected to assume traditional roles at the same time. In other words, a lot of professional women have more than one job and it's killing them, not to mention their happiness. Many professional women are neither simply "homemakers" or career women—many are forced to be both, leaving them no time for themselves to even tend to their own happiness or to have their own identities.