International Human Rights Lawyering: Can I do my own gender justice?

By Anonymous • June 11, 2007•Nonprofits and the Public Interest 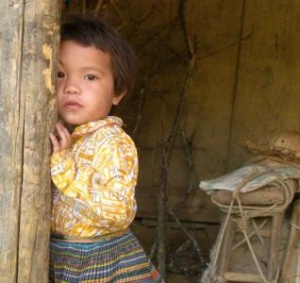 My first year of law school has taught me there is no law. At least, there is no law that is not first experienced by and filtered through the participants to a case or a suit. Each complaint tells a story of men and women who have suffered. Sometimes they lose money, other times rights, and in the worst of cases, the victims lose their dignity and lives. Women experience "The Law" much differently than the men who construct it, and their stories must be told.

I study public international law. It is not sexy. The worst crimes are still being committed, even today, against the most vulnerable populations. These populations often include girls and women, especially those who raise their voices against the cruel oppression of their tormentors, their oppressors. I must analyze each tale I hear or story I read for the relevant elements, the mens rea and actus reus of the domestic and international crimes. My work should be strategic and calculating. Sometimes I try and silence those voices I hear, which interfere with my strategy, the soft yet hard, insistent and pleading voices of the victims who ask for their suffering to be remembered. I am reminded in these times that my job is not just to imprison a perpetrator but to make the victim's suffering relevant.

I wonder at times at my own adequacy, as all lawyers and law students do. After all, we carry the mantle of Justice, the heaviest of burdens to bear. My concern, though, is deeper. I wonder if I can even do my own gender justice. It is a complex question most women never have to ask. Of course I am a woman! Of course I know what it feels like to be inferior, to be stereotyped, to have specific expectations based on my sex! The reality, though, is that I don't know what it means to be a daughter in Goz Beida, Chad, afraid to go out and gather wood for fear of multiple rapes or death. I cannot comprehend the pain of grandmothers in Buenos Aires who lost their daughters and their daughters' newborn children, in Operation Condor. I will never know the pain of a teenager in a refugee camp, tortured and raped before her untimely death. I can relate to the feelings of maternity, to an extent, and to feelings of vulnerability. But if my witnesses and my plaintiffs beg me to understand their uniquely terrible pain, I worry that I will fail them.

Most cases which try perpetrators of grave international crimes fail. They fail because of legislation, immunity, statutes of limitation. In a sense, the worst crimes are not tried because of a failure of political will. This presents a special problem for advocates of international justice: you cannot and must not bring every case that has a legal or moral basis. Instead, you must only choose for court those cases most likely to succeed. The cases must succeed not only in a court of law but also in a court of public opinion. The evidence standard is startlingly high. So, how do lawyers return to their clients and tell them that their case is not good enough, that even if they have a case to be made of terrible injustice, a court might still refuse to hear it? When a war criminal commits genocide, how do you return to the hundreds of thousands whose stories of death and disappearances will not be told? Or the many thousands of girls and women who must bear their grievances in silence?

Law school does not teach me these answers to the most important questions. I hope my internships, clinic experience and future employment give me more insight in how to relate these stories of incomparable suffering in both a credible and humane way. However, I have my doubts.

My clients bet their lives and their memory on me and my work. In most conflicts, the most harmed and violated are young women, as in Darfur, as in Yugoslavia, as in Rwanda and so many other countless places, where being a girl or woman is invitation to abuse. I cannot let them see my doubt, but I tremble at the great injustices that allow their perpetrators to escape with impunity. The burden is the greatest on the women: their awful complaints are rarely pursued, and it is often the women who must reconstruct, despite their physical and emotional scars, a new and peaceful society. The world asks them to bear their losses and pain with a stoic facade and create their nations anew. The least we owe them is Justice. This, however, is what the modern international law regime most often denies them.

I have always had great dreams. I have never let my fears stop my work. However, I have never so greatly feared failure or felt so acutely the implications of losing a case. My case books closed, my notebook shut, I draw my solace, drive and strength of the dignity of my sisters who refuse to be silenced. I owe them my voice.

As long as we work in a legal system that harbors sexism, and we as lawyers are agents of that system, we are agents of sexism. Though we enter our profession with the best intentions—meaning to change the system from within, perhaps—surviving in the system means doing things like telling clients "no, we can't give full voice to your claims for justice, because the legal system doesn't adequately recognize your claims." Think of how many jurisdictions fail to adequately (if at all) condemn offenses such as marital rape, FGM, and honor killings. Even in the US, for example, we have tort and criminal standards of "reasonableness" that hold hotels to higher standards of care for preventing burglary than preventing rape. (The legal theory is that rape is apparently not a "foreseeable" consequence of inadequate hotel security. While it may not be foreseeable to the reasonable man, however, rape sure as heck is statistically foreseeable to women.) If you go into the law to fight for justice—for any minority position not yet ensconced in law, along dimensions such as race and class, not just gender—you will walk a fine line.
When you sleep with the enemy, keep one eye open.

There is so much imperfection in the world.  I would not have you think you are not doing good.  I respect that you are listening to women who, without you, would not have that minimal dignity.  Of course, it is not enough.  As a second good, you inform by taking the time to retell the story.  A friend once told me that we often have to look at the world with blinders on—because to take in the whole picture would soon drive us mad.  I remember these words often.  The compassion you bring in your chosen field of legal expertise is good in the world.