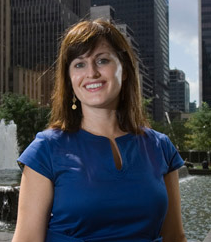 Beginning a career in the law presents a series of hurdles that starts with prepping for the LSAT, law school applications, and getting the hang of playing hide the ball, otherwise known as the Socratic method.  You make it through your seemingly never-ending first year and lo and behold you did pretty well.  Unfortunately, the work isn’t over.  Next come the interviews.  That’s what this is about after all – landing a job as a lawyer. Whether you are going through the on campus interview process in hopes of scoring a coveted summer clerkship or making a lateral move at the mid-point in your career, your interview skills have a huge impact on what life holds in store for you in the short and long term.

Anyone can follow the obvious rules to interview by and make it through relatively unscathed, however, when a candidate hits it out of the park, he or she often walks away uncertain about whether things went well.  Well performing interviewees can be surprised by their own ability to stand out among competition and it is that certain je ne sais quoi we would all like to discover and duplicate.  Some of it is obvious but still bears repeating, while other tips may surprise you.

This should be easy.  Wear a suit and err on the side of being conservative here.  Law firms remain more traditional than most workplaces so it is probably not the time to rock the new trends in an effort to show off your inner fashionista.  You should be careful that your skirt is an appropriate length,  that your blouse isn’t too revealing, that you aren’t wearing garish colors and the suit is the right fit.  Nobody looks professional in a borrowed, ill-fitting suit.  Splurge on something that is perfect.  It really does matter.  Hair and make-up should be conservative too.

As recruiters we can’t stress enough to our candidates that they should allow ample time to arrive at the interview not just on time, but early.  I have heard of situations when a partner mistakenly thinks an interview starts earlier than it actually does and although his mistake, holds it against the seemingly tardy interviewee.  It’s also not uncommon to have trouble finding the building or office or to run into traffic or parking problems.  Planning ahead and leaving with plenty of time to spare can keep tardiness from being a problem.  There really is no excuse.

Consider the interview an opportunity to learn as much as you can about the individuals you are meeting and what their role at the firm may be and how you would fit in among the group.  The interviewers are doing the same thing to you during these visits.  It is a bit like dating – and talking about salary, bonuses and benefits during a first interview is akin to discussing marriage on a first date.  There is going to be plenty of time to have those conversations, so save it.  Your goal in the first couple of interviews is to get the offer by selling yourself.

As recruiters we dread the all to often feedback “…lacked enthusiasm and just didn’t seem all that interested in the opportunity.”  Needless to say, this feedback coincides with a “we won’t be moving forward” message.  Avoid being pegged as low energy and unenthusiastic by exuding positive energy, smiling and using body language to express interest in what the interviewer is saying.  It can be particularly common for women to overcompensate for their emotional nature by putting up an air of professionalism.  If taken too far, you can appear stiff and lacking in personality.  Don’t be afraid to show the real you. If energy and passion are there, don’t hide it.

It is rare that you’ll be asked a question so substantive that you’ll be stumped, but it isn’t unheard of.  If you don’t know the answer to something, by all means say you don’t know.  There is nothing more humiliating than getting backed into a corner by your own attempt to pretend to know what you are talking about when it is obvious that you don’t.  There is no shame in saying you don’t know the answer to something.  What is even more impressive is your willingness to research the answer after the interview and follow up with the person who asked it showing that you actually care.

Being too chatty is a turn off.  This can be a reaction to nervousness, which is understandable, but partners don’t want to hire an associate who can’t listen or pick up on cues that it is time to stop talking, (i.e. the listener starts losing eye contact.) Don’t wait for your interviewer to cut you off.  Answer a question in about one minute and once you have answered the question stop talking.  Don’t be afraid of the silence.

Another pitfall that is more often stumbled upon by women is an unwillingness to tout her accomplishments.  Women in our culture are taught not to brag or appear too aggressive, and in turn are uncomfortable boldly stating their achievements.  Practice clearly articulating your talents.  The more you do it the easier it gets and you realize that you can’t depend on being discovered.  If you don’t toot your own horn, it may never be heard.  Confidence is extremely attractive but it can’t be faked.  Become familiar with your own strengths and practice expressing them.  The confidence will follow.

8.  Relax and enjoy yourself.

Consider the interview an opportunity, not a chore.  In the few moments you have to spend with these interviewers you are making connections that could last your whole career.  Don’t waste the opportunity being nervous and stiff.  Be yourself and relax.

May Smythe is a Director in the Atlanta and New York offices of  the Lateral Link Group, LLC and can be reached at msmythe@laterallink.com.

Lateral Link Group LLC is a legal recruiting attorney placement firm and networking forum founded in December 2005 and is the Exclusive Legal Search Firm Sponsor for Ms. JD. The company provides free career services to "Members" in the form of an online job database as well as traditional off-line recruiting and networking services. Lateral Link works with both law firms and in-house legal employers in the United States, Asia, Western Europe, and Middle East