Interview with Jacques Anderson, Counsel at The Players’ Tribune - On the Field: Women in Sports Law

By Tatum Wheeler • December 31, 2018•Ms. JD,  Writers in Residence,  Careers,  Issues,  Sexism, Sexual Harassment, and Other Forms of Discrimination,  Women and Law in the Media 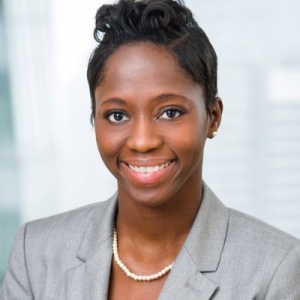 Welcome, Jacques! Thank you so much for taking the time to speak with me today. I was hoping you could share with me your path to The Players’ Tribune. Did you have an interest in sports during your undergraduate and law school education?

Jacques: At a high-level, entering the sports law world was very serendipitous. Sports has always been a part of my life – I played sports growing up and my dad had a rule that all of his children were required to play sports year-round, and I was expected to follow it. I’m actually on my way now to the airport to travel for a few reasons, but one is to attend my young nephew’s football game.

To a lot of lawyers, sports and entertainment law feels out of reach. When I was thinking where I wanted to go post-Skadden, I started thinking about the values I was looking for in my next position. I knew I wanted to work in a start-up environment where I would have access to strong mentors and different opportunities. Now that I’m in sports and entertainment, I’m hooked.

For those unfamiliar, The Players’ Tribune is a media company started by former New York Yankee Derek Jeter. The platform features videos and articles written by athletes. How has your workload changed as a result of shifting from Mergers and Acquisitions to in-house counsel? What are some typical daily tasks that you have at the Tribune?

Jacques: At Skadden and other corporate firms, your workload is typically very cyclical. I tended to get in the morning around the same time (usually 9:30 a.m.) and then depending on the deal(s) I was assigned, I would finish anywhere from 5 p.m. or much later like 2 a.m., it really just depends on the deal. Oftentimes in a corporate, Big Law setting, your day is based on the deal(s) you’re working on, which dictates your workload. So, on a scale of 1 to 10, one day may be a 2 (i.e., getting off at 5 p.m.) and another may be a 10 (staying until 5 a.m.). Sometimes, this cycle will occur in multiple-day periods based on the deal(s). In terms of specific tasks, I performed an array of tasks, based on the client’s needs.

I had the pleasure of reading Steph Curry’s article, “This is Personal,” his narrative on gender equality and how it relates to raising his children (two daughters and a newborn son). How do you think we can support Steph’s goal of creating more inclusion in sports, and the law, for women?

Jacques: In terms of getting more women involved in sports and entertainment law, I’ve noticed that a decent number of jobs in sports originate from personal networks. It’s important to create a network where more women are networking with men and women alike to get into the sports law pipeline and subsequently, create a greater network of referrals and information for other women. Hopefully, this will create a ripple effect and support Steph’s goal of creating more inclusion in sports.

Networking often comes down to getting out there and meeting people. For instance, attending events in and related to your job, meeting new people, and following up with those people after meeting them. In addition, it’s important to get involved in organizations that are related to the industry that you’re interested in. Some ideas for getting involved in industry-specific organizations include volunteering, using LinkedIn, and even cold-calling people. For example, if you have a specific sports team in mind that you want to work for, start attending their volunteer events. Often, half the battle in entering a new industry is obtaining information, which may be helped along by getting involved in industry-specific organizations.

The sports field is changing dramatically, from the recent legalization of sports betting to the inclusion of more technology and analytics. How are organizations like The Players’ Tribune keeping pace? How do such changes influence your work as a lawyer?

Jacques: The key for us at The Players’ Tribune is to stay abreast of changes in the industry. The company is both a media as well as a technology company. Though sports will change for sure, media and technology are changing even more rapidly. Also, since we’re a content company we pay attention to how people are consuming content.

Finally, one of the constants of sports is that nothing is constant. What do you do to unwind?

Jacques: While at Skadden I figured out early how best to recharge. I try to eat healthy because one of the first things people tend to neglect when they’re working hard is their diet. I also spend time away from work and I enjoy working out, yoga (which is great for quieting your mind), traveling, reading books, and going with friends to visit new restaurants in New York City. Family is also super important to me, so I make sure I feel connected to them as well.

Thanks so much for sharing, Jacques! Be sure to check out The Players’ Tribune for interesting articles from your favorite athletes.