The Introvert’s Guide to Choosing a Law School Study Group 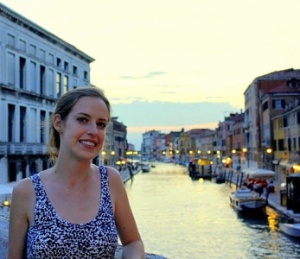 I'm an introvert. I don't talk just so I can hear the sound of my own voice, I rarely say anything for the purpose of impressing or intimidating people, and I don't enjoy being around people who do.

I remember, before I started law school, hearing someone talk about the importance of getting a good study group. According to that person, this meant pulling together the smartest people in the class as early in the first semester as possible.

But who typically gets pegged as the "smart people" within the first few weeks? Probably the ones who practically dive across their desks to raise their hand when the professor asks a question, or who go off on tirades about economic policy issues when they get cold-called in class (see "gunner"). They don't get pegged as "smart" because they're actually smarter than their peers, but because they draw the most attention to themselves (and they might even turn out to be fairly empty vessels).

Even though I'd been told that these "smart" people were the ones I needed to get into my study group ASAP, I found myself not particularly wanting to be around them, ever. The idea of strategically picking out and confronting people freaked me out, and I had almost abandoned the idea of being in a study group entirely when the girl who sat next to me in Civ Pro asked me to be in hers. She seemed chilled-out and pleasant—the kind of person I actually enjoy spending time around—so I agreed.

The study group I ended up with wasn't the most high-achieving group of people I've ever seen, and we probably could've been a bit more productive in terms of classwork. But these girls ended up being my best friends in the law school. We would get together, do a little bit of studying, do a bit more goofing around, and complain about all the drudgery law school was bringing into our lives. It was therapeutic. Even without any particular intellectual powerhouses around, we each had a different perspective and could spot different issues, and we learned by explaining things to each other. We also never had any drama, because no one had the obnoxious drive to out-perform the others.

If you're entering law school and stressing (or think you might stress later) about choosing a study group, stress not. You aren't going to be able to tell who's going to get the highest grade by the second week of class, so don't bother trying. Ask people you like, who you'll actually want to spend time with every week, and who you can complain and/or cry hysterically to when things get rough.

You can thank me later.