By Kristine Cherek • January 19, 2017•Writers in Residence,  Issues,  Sexism, Sexual Harassment, and Other Forms of Discrimination 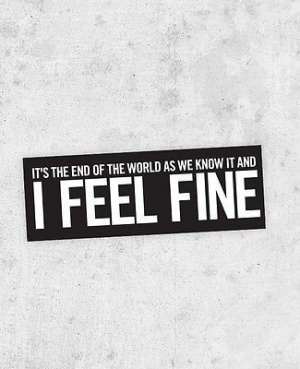 First, let me check my privilege at the door.  I am a college-educated, white, married suburbanite.  I was lucky enough to have been born to parents who value education and who could afford to pay for mine.  I live in a golf course community in a beachside town.  I drive my European SUV to the law school where I teach.  No, I do not consider myself to be disadvantaged by any definition of the word.  But in the view of many, I am not just disadvantaged.  I am less than equal simply because of my gender.

When I entered the legal profession nearly two decades ago I was filled with hope: hope for my future, hope that my gender would be irrelevant to career success, and hope that equality for all was within reach.  I knew that women comprised less than 15% of law firm partners nationwide.  But the world was changing.  By the late 1990s, law school enrollment reached a near gender equilibrium.  Other professions – from physicians to accountants to bankers – were seeing similar progress in gender equality, at least at the entry levels.

We had reached critical mass, I assumed.  Mindsets had been changed, I thought.  Equality (not just gender equality but also equality of race, nationality, religion, disability, and sexual orientation) was within reach, I naïvely believed.  The most important and most difficult battles had already been won by the generations who came before mine.  There was not much left to fight for . . . or so I thought.

While much has changed in last two decades, too much has remained the same.  Women continue to comprise less than 20% of law firm partners nationwide.  Only 21 of the nation’s 500 largest publicly-traded corporations are headed by female CEOs (a paltry 4.2%).  After the most recent election cycle, the number of women in Congress remains static at 104 (or roughly 19%).  And only five of the 50 states are led by a female Governor.

Considering these and similar statistics across industries and professions, it is difficult to deny that women still face an uphill battle in the professional world . . . and in the world in general.  The reality is that gender inequality persists not only in the workplace but also in society in general.  In the view of some segment of our society women are still viewed as inferior, or too emotional, or less intelligent, or less dedicated to our careers, or just objects to be desired.  It is this mindset that must change, for until women are viewed as equal beings in our own right, we will never be treated as equal in the workplace.

2016 was a weird year, to be sure.  And it was less than a stellar year for women, women’s rights, and gender equality.

It was the year in which we saw more than 25 women accuse Bill Cosby, America’s favorite TV dad, of sexual assault.  The early accusers were dismissed as liars, fame-seekers, or gold diggers.  But as the accusations mounted and their accounts of being drugged and sexually assaulted became eerily familiar, their truths became undeniable.

It was also the year in which Brock Turner, a 20-year-old scholarship athlete at Stanford University, was convicted of sexually assaulting an unconscious woman.  In asking for leniency, the perpetrator’s father wrote a letter to the judge in which he stated that a jail sentence would be “a steep price to pay for 20 minutes of action.”  [1].  The perpetrator’s punishment for committing this felony?  He served a mere three months of jail time.

It was also the year in which a television industry titan, former FOX News chairman Roger Ailes, was sued for sexual harassment.  Tens of thousands of sexual harassment lawsuits are filed every year (a fact which, by itself, is sobering).  What makes this one unique is that over two dozen female employees recounted incidents of sexual harassment spanning many years, including incidents of being propositioned for sexual favors, being subjected to unwanted sexual contact, suffering retaliation for rebuking sexual advances, and being intimidated into remaining silent.  This cultural acceptance of the degradation of women persisted at Fox News for well over a decade.  Ailes was ultimately removed from his post, but not before negotiating a $40 million payment from the network. [2].

2016 was also the year in which a man of great wealth and influence rose to the highest office in the land, a man who publicly mocked people with disabilities, who made disparaging comments about women ranging from news anchors to talk show hosts to fellow Presidential candidates, and who was caught on camera bragging about the objectification and assault of women.  His running mate also displayed concerning views as it relates to equality, from signing a bill into law that made it legal for businesses to discriminate against same-sex couples, to stating that women serving in the military is a “bad idea” [3], to alleging that women who work outside the home cause their children to have “stunted emotional growth.”  [4].

This does not feel like progress to me.  This does not sound like equality.  Not even close.  This cannot be our truth in 2017.

Nearly 100 years after the 19th Amendment to the United States Constitution was ratified (thereby granting women the right to vote), we are still writing about, talking about, and fighting for, gender equality (not to mention equality of race, ethnicity, religion, disability, and sexual orientation, but those are topics for another day).  We are still struggling to be viewed as equal.  To be treated as equal.  To BE equal.

One particular November morning I was feeling an unusual sense of despair.  As I laid in bed contemplating all that had happened in 2016, through the darkness came a (literal) ray of light.  When I picked up my phone to stymy the blue glow, I noticed a text message from my mother.  My mother, she of the bra-burning era, Gloria Steinem-loving, original feminist movement for equality.  My mother, the matriarch of a family of three daughters, three granddaughters, and a gay grandson.  My mother, one of the smartest people I know despite the lack of educational opportunities open to women of her generation.

In the words of this retired grandmother in her 70s, I found hope.  Strength.  Inspiration.  Pride.  A duty to speak up.  An obligation to not turn a blind eye to the ongoing quest for equality.  A responsibility to fight for the next generation, just as those who came before me fought for my rights.

I hope her words inspire some of you, too.  The text read:

"This [for her, the election results; for me, the broader fight for equality] does not mean we are done.  Simply put, we must stand together and stand stronger.  I know we can and we will.  We have been through worse.  Maybe this was meant to be, hopefully opening the eyes and hearts of many.  I know it has for me.  It will be an uphill battle and a battle worth fighting.  Shoulder to the wheel and nose to the grindstone as here we go again."

Today might be the end of the world as we know it.  But it is not the end.  It is just the beginning.

The views and opinions expressed in this article are solely those of the author and do not represent those of any entity or organization with which the author currently is or has been affiliated.

[2]  For more information see “The Revenge of Roger’s Angels: How Fox News Women Took Down the Most Powerful, and Predatory, Man in Media,” by Gabriel Sherman, New York Magazine, September 2, 2016, available at http://nymag.com/daily/intelligencer/2016/09/how-fox-news-women-took-down-roger-ailes.html.

Thank you for your comments. You are fortunate to have your marriage and your mom to inspire you! Many women fail to recognize the contributions their mom makes to their life until after she ahs passed away, living before that a life riddled with not wanting to be like mom.
Regarding the recent steps backward, I suggest you read the Beijing Plus Twenty review documents form the United Nations in 2015. As you may know the United Nations called a major conference for women in China in 1995 . A Platform document, but not an actual treaty, was prepared
The Platform document address over two hundred points of concern about women’s rights.
The Twenty year review in the UN in Geneva and in New York reflected self-reporting from most nations of the world, several of whom had not existed in 1995. Although one might expect self-congratulatory reporting, the vast majority of reports showed how women have lost ground on key areas: economic wage gap is larger, still very few women inladership roles compared to men and few nations have excellent records on health care for reproductive health or preventing maternal mortality. I recommend the country reports but if you don’t have time please do read my blog on the subject for MS JD Beijing Plus Twenty Plus One in the subject So You Want to Be An International LAwyer. Would love to discuss thisin person sometime in a lecture for your students. 917 239 9960