Know Before You Grow: Marijuana versus Hemp

By Stephanie Carr • March 30, 2019•Writers in Residence,  Careers,  Firms and the Private Sector,  Nonprofits and the Public Interest,  Other Career Issues 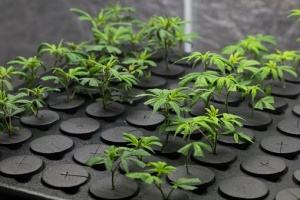 Growing a cannabis law practice requires a working knowledge of the legal and botanical differences between marijuana and hemp so practitioners can interpret current laws and anticipate future laws. The following is a simplified, step-by-step guide to understanding their relationship and key differences. This information will be the primer for future posts about legal opportunities in the cannabis field.

Step One: All in the Family

If you’re a bourbon aficionado or have the pleasure of calling yourself a Kentuckian, you know that all bourbon is whiskey but not all whiskey is bourbon. The same logic applies here: both marijuana and hemp are cannabis plants, but not all cannabis plants are marijuana. Cannabis is a genus of flowering plants that contains a variety of chemical compounds called cannabinoids. Two of the most dominant cannabinoids are tetrahydrocannabinol (THC) and cannabidiol (CBD). THC is psychoactive and intoxicating. CBD is psychoactive but is not intoxicating (i.e., it will not get the user "high").

Cannabis sativa L. is a subspecies of the cannabis genus to which both hemp and marijuana belong. This is where the similarities end and the distinguishing begins.

Marijuana plants have broader leaves, tight buds, and higher THC levels. The higher THC concentration is the primary legal distinction, as discussed below. Unlike hemp, marijuana plants require a carefully controlled, warm, and humid atmosphere to grow. Marijuana can be contaminated by cross-pollination from hemp plants up to 30 miles away, making outdoor cultivation a difficult and a sometimes ill-advised choice.

Hemp plants are typically taller and more fibrous with low levels of THC. Hemp is grown primarily for industrial purposes and can produce items including but not limited to paper, clothing, building materials, and oils. Hemp oil may be extracted from hemp, and CBD may be isolated from hemp.  Hemp generally has a longer growth cycle than marijuana but can flourish when plants are grown closely together in large, multi-acre plots.

The legal distinction between marijuana and hemp has rapidly evolved in the past five years and remains in a state of flux. For a comprehensive understanding of these changes, practitioners should review:

Perhaps most importantly, one should review and understand changes that have occurred between passage of the 2014 and 2018 Farm Bills. Since we can’t dive into all of those now, here’s a breakdown of the current legal landscape.

Under federal law, marijuana is a Schedule I controlled substance and illegal in any circumstances. The CSA defines marijuana as “all parts of the plant Cannabis sativa L – and every compound, manufacture, salt, derivative, mixture or preparation of such plant, its seeds, or resin.” However, a majority of states have legalized marijuana for recreational and/or medicinal use.

The currently accepted legal definition of industrial hemp is any part of the cannabis plant that has no more than 0.3% of THC on a dry weight basis. The 2018 Farm Bill effectively legalized hemp by removing industrial hemp from the CSA’s definition of “marijuana” and from Schedule I. The FDA, however, considers THC and CBD as “drugs” under the FDCA, such that neither may be added to food or dietary supplements regardless of whether the cannabinoids are derived from marijuana or hemp.  But that’s a different story, for a different blog.