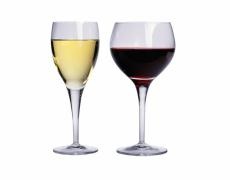 This post was submitted to Ms. JD anonymously. For more information about ACOA, AA or NA, or if you or someone you know needs help, visit the links. The Laundry List refers to principles of the ACOA fellowship.

Three little words have never elicited such awkward responses before I said the above (except perhaps for an unrequited I love you).  The statement demands an explanation, like I'm gluten free or I gave up caffeine except the asker can easily surmise that if the answer is not simple (I'm allergic! I have IBS!) something much more sinister must have occurred.

I don't have an allergy and my stomach is fine, though both excuses have tumbled disingenuously from my lips in a pinch. Nothing really happened. I wasn't hit by a drunk driver, I never blacked out and woke up in a circle of family and friends. I never passed out in someone's bed to a horrible reality, no parent with bitter breath ever attacked me behind closed doors.

Okay, so that's not exactly true. Things did happen, but not the headlines you can give people in euphemisms or short phrases. In some sense, everything in my life happened because of alcohol. I was the daughter of alcoholics, two kind but deeply troubled and unhappy individuals who were just mom and dad to me. At some point (and truly, in the chaos that was my childhood, I couldn't pinpoint when), mom became my person. Dad was ostensibly supportive but physically absent, separated by two time zones and a strong desire to not be married anymore to a woman who wrecked cars, teeth and plans. Mom was my problem, her survival became contingent upon my supervision.

So what I mean when I say nothing happened is that, really, everything in my life happened because of alcohol. There was no dramatic twist or turn, but there was changing the phone numbers in my mother's cell phone when I sensed she was about to burn another bridge. There were frantic drives to the emergency room years before I could legally operate a car. There was the distinct emptiness of being the only child in a house that really only had one inhabitant. There were parent-teacher meetings where my parent was the subject of the discussion. There was the day I dropped her off at rehab, and all the days since when I realize it didn't work, and it's not my responsibility anymore.

I wasn't always averse to drinking and really I don't think I am today. I was the kid you could count on to bring the hard stuff in high school, a sure yes to a night out in college. I've always been too much of a control freak to have too much. And then at some point, as inexplicably as some people slip into addiction, I just kind of stopped.

I couldn't tell you why and that is what troubles me. Maybe it was living in the suburbs (I am vehemently opposed to any form of drinking and driving), maybe it was just normal during the chaos of law school. But I know for sure that half empty glasses of wine abandoned on the bath tub ledge turned into a faked sip of a New Year's toast. And that's how it's been.

But that hasn't really addressed the issues I have faced as an ACOA. It hasn't erased the memories that made me who I am. I still can't answer the question I started this post with. But I know that alcohol is with me, when I am in court and smell a wayward attorney's bitter breath, when law school friends head out for beers and I (once again) take a pass. This column will explore the special challenges faced by ACOAs in the legal profession, using the Laundry List in part as an organizing principle. I will reflect on my experiences in this capacity and offer what I can, in full recognition that this is an issue I have dodged and ducked for years and I am nowhere near espousing a constructive coping strategy (though thanks to many kind mentors and counselors, I can certainly convey resources for doing so). I want to apply the universal principles of the ACOA fellowship to point out pitfalls in the profession for us. It is not enough, however, to merely survive, we must find a way to thrive because that is what we deserve. I want to fire on all cylinders, to be the attorney, spouse, and friend that the incredible people in my life deserve.  I want to be able to convincingly say that I want to be the person I deserve, but if theres one thing I've learned lately it's that I'm not there yet.