By ilise feitshans • August 30, 2016•Writers in Residence,  Careers,  Politics and Government,  Other Career Issues,  Law School,  Choosing a Career and Landing a Job,  Issues,  Balancing Private and Professional Life, •Sexism, Sexual Harassment, and Other Forms of Discrimination,  Features,  Myths & Truths,  First Women,  Superwomen JDs and What You Can Learn From Them 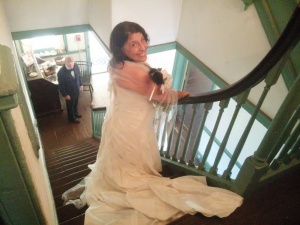 The laws of physics create order over the world, gravity limits the boundaries of our planet and daily human capacity. Society, in contravention of the laws of science, is inherently random and exhibits chaos. Where in this great cosmic mix does one find the rule of law?

Some people become lawyers because they want to make money, others join the Bar because they seek power. Justice?

On the first day of my law school classes Prof Sam Dash pronounced words to the effect of: if you are interested in fairness and justice there is a door in this room and I suggest that you go out that door because you wont find it here. His grading system proved that was true but worse still many cynical people were taught that he was right. Yet law is not permanent, even when the law is carved in stone and so some injustices can be erased by the legislature and a just new era can prevail with the stroke of the legislative pen. A President signs paper with the legislative pen, and magically, laws change. Fostering or obliterating bigotry, war, intolerance or injustice.

Law touches destiny, altering the trajectory for society once the law states the direction the population wants in social change. Therefore, what role will the rule of law play, leading the destiny it touches, or merely one more pit stop along the race to a destiny that is predetermined?

This question echoes throughout legislative history of laws against discrimination; proponents argued for a natural right to equality; one shaped by destiny itself. Opponents of early legislation creating civil rights that prohibit discrimination based on race ethnicity religion sex or national origin in the USA accused the government of usurping power, because they claimed, those laws illegally legislated morality. But we legislate morality every day. Tax laws provide incentives for specific charitable or investment behavior and punish people whose behaviors the society dislikes or disfavors by taxing some activities at a higher rate. Regardless whether people dislike taxes, decisions about which behaviors are favored under tax law are based on embedded societal morality.

In the early 21st Century, law has responded to calls for gay marriage, same sex partner protections in health insurance, and adoption rights. When society does not want LGBT behavior, it bans it. People who engaged in such behaviors have been punished for violating irrational and impracticable laws in previous centuries. Suddenly, such behavior is not merely condoned it is in vogue! And with the imprimatur of the law to support this social change. Does the law lead or follow popular command?

Marriage is a great example. Marriage is legendary for being hard work, but it is the easiest of intimate relationships compared to parents, siblings, children or ex-lovers. Marriage is so vital to sustaining society that the definition of marriage is a creature of the State. Defined by law, officially destroyed only by law (no matter how long people live apart and pretend not to be married while separated--- just watch what happens if one dies, wins the lottery, sells a big property or company, has a big bill for a child’s wedding or gets a pension--- suddenly you will find out how much the law respects the fact that they are still married…). Marriage, the creature of the state creates special rights for the so-called “marital estate” whether in land ownership, taxes, schooling for children, applications for anything (migration, housing food stamps, you name it) and of course granting legitimacy to children.

Under French law since 2013, their national legislature declared that Marriage is essential for everybody.”Mariage pour tous” became the law of their land. French political forces simply don’t waste time about whether gay marriage is or should be religiously permissible, even though they are by law a Catholic country where religious holidays such as ascension of Christ risen from the grave are national holidays. Not surprising, over 800,000 people protested in the streets of Paris to complain about the new law making gay marriage a federal right in 2013. Nonetheless the French legislators understood the cold reality that marriage is what gives society its stability—assuming one wants stability in society. Arranged or random, one wife or several (my spouse says more than one wife? You must be kidding, one wife is more than plenty for me! .PLEASE smile here) but four wives are still legal under law in some parts of the world.

Not every relationship is worthy of marriage, and equally true not every marriage is supportive or helpful enough to be worthy of the title that Marriage requires and maintains. Any spouse who wants to get away will shirk responsibility and claim that the relationship is too stressful or the partner is too demanding at the drop of a hat. Yet there is no objective measure for knowing whether those claims are true, or whether accepting such responsibilities and personal quirks are merely the proof that one is stable, reliable and mature as a recipient of reciprocal benefits that marriage brings in return. Unable to count what really counts, women bear the brunt of economic loss for child rearing in the wake of divorce. Unpaid childrearing labor is not recognized under custody law, instead it is socially unappreciated. Yet, unpaid housework and childcare is economically crippling because it is not granted pension rights in the USA. Child support law is therefore riddled with unjust divisions of responsibility that are based on gender. Girls often get custody, boys rarely do. Whatever moms do for free can consume all their time and resources but unpaid labor does not count in the calculus of support; nor do custodials acquire pension rights in the income of their former spouse who can work full-time while moms undertake unpaid necessary work that sustains the entire family. This is not simply unfair, this economic imbalance unjustly imprisons women. What hurts women economically as a social class ultimately hurts everyone in society, whether they bear children or not.

Same sex divorce following same sex marriage may therefore bring a new wave of legal change that will alter this calculus. When both parents are the same sex it will be much harder to rely on sex based stereotypes to divide up child rearing chores; For the first time, we will see our prejudices about male time expenditures and female time spent unpaid in childrearing exposed and laid bare on the negotiating table at divorce. Two men fighting over children cannot face traditional womens issues of disempowerment, unless only one of them is performing traditionally womens tasks. And two moms fighting for children cannot face the same wall of prejudice about womens obligations, unless one of them is not engaging in traditional womens tasks. Therefore, same sex divorce will force us to confront the prejudices and myths based on gender that imposes unjust unpaid burdens upon women, and perhaps a fairer system will emerge. And perhaps, the calculus of inequalities during and following divorce will also change as a result of the new legal regime governing marriage for everyone. Begging the question whether law leads or codifies social change...