Legally Thrifty: Let It Snow! Learning How to Make Snowflakes 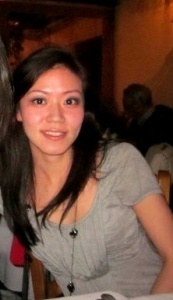 Winter is upon us.  The year is over and now it’s time to start thinking about our goals and resolutions for 2013.  Let’s make the best of both worlds by learning how to make snowflakes!

In the realm of personal finance, “snowflaking” is lingo for taking any extra cash on hand and throwing it at your debt, savings, whatever the fund is for your financial goal. I’ve wanted to become more aggressive about tackling my loans by contributing a little here and there on top of my regular payments.  I used to think, oh $10 won’t make a difference in the grand scheme of thousands upon thousands of dollars.  But it’s true that many snowflakes can make a snowball that you can throw at your debt to knock it down.

Snowflaking is a derivative of the personal finance guru Dave Ramsey's "debt snowballing" idea, where if you have multiple sources of debt, you pay off the smallest amounts first rather than the amounts with the highest interest rates. This idea is successful because it addresses the human psychological need for effort to be rewarded by immediate results in order to feel motivated to continue such effort.  It's easier to climb the smaller mountains first, right?

So yes, presumably all the little snowflakes can build up into a snowball that takes down your debt.  Here are the five golden rules for snowflaking (in my own words but credit to Jaimie at I've Paid for This Twice Already):

1. Snowflake early and as often as possible.  It’s never too early to snowflake.  Whether you’ve just started saving for a down payment on a home or you’re in the later stages of paying off your school debt, you can still make a snowball or two if you decide to snowflake today.

2. Don’t be silly - no amount is too small to snowflake.  Take the pennies sitting at the bottom of your purse, the few dollars left over from the $20 bill that you used to buy dinner.  Whatever you can spare, whatever you have laying around, because nothing is too good to snowflake.

3. ANYTHING can be a snowflake.  What’s currently in my snowflake fund? My cash back rebate checks from online shopping and the equivalent of 50 Swiss francs that I exchanged at Travelex.  Be creative.

4. Snowflake ASAP before it melts into temptation.  As soon as you get your hands on some extra money, throw it into your snowflake fund.  Otherwise, you might forget about it and spend it, or not forget but spend it anyway.  My fund is simply an envelope in which I’ve stashed checks and cash.  A checking account works too.

5. Keep track of your snowflakes to use as motivation.  Tally each snowflake amount that goes into your fund and be prepared for a surprise at the end of the month when you see the total snowflakes that you’ve been able to gather.

Bonus Rule – Get a snowflake buddy.  You know how you’re more likely to hit the gym or take a yoga class if you’re going with a friend?  Snowflaking can be fun to do with a friend and you can encourage each other to do better.  Maybe even be a little competitive and see who has more snowflakes!

I started snowflaking last month and so far I have approximately $100 in my envelope.  If you’re interested in snowflaking, here’s a great article that explains the concept further and highlights other people’s personal snowflaking methods.

As a final note, 2012 is over and I will no longer be a Writer in Residence.  However, I have assumed a new role with Ms. JD as the 2013 Writers in Residence Coordinator.  I’m delighted and honored at having been chosen for this position as it gives me a chance to stay involved with Ms. JD.  I will try my very best to help next year’s writers with their posts and may we all continue to inspire our fellow peers in the legal profession.

[ Disclaimer – Due to lack of time, I took the idea for this month’s post from a prior post in my personal blog, which is called Legally Thrifty in honor of my column here at Ms. JD.  If you liked my column, please feel free to check out my blog and read about my trial and errors in paying down my law school loans.]