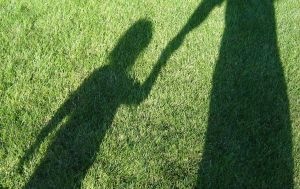 There is a post on The Juggle that made me stop to think about another dimension in this inner-struggle that we working mothers face everyday – you know, the struggle to be a good lawyer and a good mom at the same time. That dimension is my own mother’s opinion about my choice.

I actually have the best sort of mother that any adult woman could ask for. She was a great role model for me growing up and gave me lots of guidance and advice when I needed it most. Now, she is a great listener and a great friend that only gives advice when I ask. However, I trust that she would give me unsolicited advice if I was really screwing up my life or that of my kids.

It is in that assumption where I suppose I might be wrong. You see, I’ve never asked her advice about working and she’s never offered any. Nevertheless I do feel like her opinion on the subject weighs on my shoulders. I know that she doesn’t approve. How do I know?… I just know.

In my pre-law school career I worked a lot of hours, probably more than I’ll ever work again. Towards the end, I hated that job, not because of the hours but because of the work. She hated that job too. She was open about the fact that she was concerned about how much I worked and how she was worried about the kids being raised by the nanny. She was also worried about the dangerous aspects of my previous career and how they might result in my kids not having me.

She was super supportive of me going to law school. Looking back, it was probably because it meant a career change and more time with the kids while I was in school. It was likely also because she knew law school was a lifetime goal of mine.

In my legal career the little comments have resurfaced. She has never come right out to tell me that I work too much (remember that I haven’t asked) but she makes it known in little and subtle ways. She is “worried” again about how much I work. She is sad that the kids don’t see me very often.

So even though I’ve never asked and even though she’s never tried to convince me to stay home with the kids (like she did when I was young)… I just know. Maybe I don’t ask because I don’t want to hear it. Maybe I don’t ask because I respect her advice too much. Maybe just knowing in my heart how she feels (without having to hear it in my ears) is enough of a struggle. The struggles of a working mother are great enough already, I don’t need anything more.

I don't have a family of my own, so I can't relate to this exact set of conflicting pressures, but recently I've been thinking about another effect of making different life choices than my mother.  I too have committed to a professional career, while my mother committed to raising a family at home.  My mother did go to graduate school, but in the arts, which she is only now pursuing professionally since her children are grown.  The point is that my post-graduate career decisions represent the first time in my life where I am breaking my mother's mold.  As I look to the future and wonder about how I will balance personal and professional commitments, I lack an obvious role model.
Of course there are amazing do-it-all women out there upon whom I can model myself, but I don't know any of them the way I know my mom.  My mother has been the model against which I have compared myself my entire life.  The comparison is less helpful as I divurge from her most fundamental life choices.
Recently I mentioned to Boyfriend that I thought it was harder for me to envision my future life because it will be so different from my mother's.  His response, while obvious, was a little eye-openning for me: your dad raised a family and worked full time, can't he be a role model?  I love that Boyfriend is so gender nuetral in his outlook that he thinks this is possible-but frankly it isn't, at least not for me.

I can really relate to the added pressure of a mother's view on life choices, but mine are a bit different.  My mother did not have many of the opportunities I have had for education and so in many ways she is living through me.  I always carry her with me and while it has made me stronger and appreciative it can be heavy.  For her, the thought of me ever choosing to stay home with kids is really looked down upon.  She raised me while she worked and so why wouldn't I do the same. I would also be curious to know is anyone has experience pressure to make choices from their mother-in-law.  If so, how did you handle it?

I have had the precise opposite experience.  I worked for 20+ yrs; was partner in a smallish firm but have 3 kids.  My H wanted to move so after two years practiciing remotely (which just allowed most of my practice to die off) I have been home f/t for 10 mos.  My mom is TOTALLY disapproving of my being home.  I enjoyed work and have enjoyed being home too. Am looking at going back in Jan (though even being out this short time has me scared)  You have to make choices that fit you and I have decided that not all choices are forever.  You just have to hope that there won't be irremediable consequences.  Don't know the ages of your kids but I will say the waters my kids navigated when they entered their teens were more treacherous than what we tackled when they were young.

I can imagine that the pressure from our moms goes in both directions.  Many moms who stayed home to raise their kids expect their daughters to do the same.  Many moms who worked won't see any reasons why their daughters can't balance working motherhood just as they did.  I was talking about this post with a colleague yesterday who said that she recieves a lot of judgment from her mother; in her case she is choosing to keep working after having her first child and her mother doesn't approve.  The catch is that her mom made the same choice!  Now her mom is retired and (perhaps) has some regrets about her own life choices so she is trying to influence her daughter's choices now!