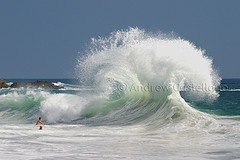 In sex discrimination and sexual harassment cases, according a 2005 study by Jennifer L. Peresie in The Yale Law Journal, “female judges were significantly more likely than male judges to find for plaintiffs.”

Perhaps more surprisingly, the study found, “the presence of a female judge significantly increased the probability that a male” on a three-judge panel “supported the plaintiff in the cases.” Indeed, “panels with at least one female judge decided cases for the plaintiff more than twice as often as did all-male panels.”

The article views the recent nomination of Judge Sotomayor through the lens of past minority justices including Justice Thomas, Justice Marshall, Justice Ginsburg, Justice O'Connor, and Justice Frankfurter. Read the article here.