By Anonymous • February 01, 2007•Sexism, Sexual Harassment, and Other Forms of Discrimination 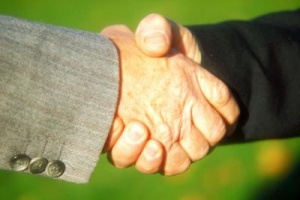 By a 2L at the University of Michigan Law School

Maybe the problem with gender inequality in the legal profession is that we, women, continue to insist that there is a problem with gender inequality in the legal profession. Many of the women’s law club meetings or legal symposia or even lunchtime conversations I have attended have focused on the obstacles facing women in the law – the differential pay, the less-stimulating and prestigious case assignments, the stigma that comes along with being a lawyer-mother. Perhaps it is our own obsession with emphasizing stigmas or prejudices that has led women in the legal profession to continue suffering from effects of those negatives.

Before I continue, and as you can probably assume, I must admit that I am do not consider myself as a feminist. I do care about gender issues, but I do not dwell on them. I am a second year law student, passionate about my future legal career, determined to succeed. I have learned much about professional dynamics from my mother, a successful executive at a diesel engine company; if there was such a thing as the glass ceiling, she has vaulted through, landing far above it. And perhaps it is my luck of witnessing her success that leads me not to fear that my femininity is an obstacle to my own future.

During the interview process at the beginning of 2L year, I interviewed with the “heavyweights” of the Midwest markets. I understand that many women have experiences different than my own, but throughout the entire interview process, I did not encounter a single instance where I felt that I was being judged differently because I was a woman. I wore pant suits and my hair in a ponytail and received the same competitive offers that my male peers received.

I also do not believe that I was treated preferentially because I was a woman. My friends joke, I hope, that I had an upper-hand in interviewing because of my vast, some may call fanatical, interest and knowledge of football. While sports may have come up in interviews from time to time, “Female Football Extraordinaire” is not listed anywhere on my resume. My passion for the sport showed not that I was one of the guys, but that I was an easy-going person who had interests outside the sterile confines of the law firm. I do not believe that being able to share an interest in football with my interviewers weighed any differently on my interview-success than did being able to share my interest of gardening or property tax policy did. It merely demonstrated that there is more to me than the law.

As a competitive swimmer for nearly 15 years, I learned that a positive mental attitude was a key to success. Before important meets, my coach encouraged me to participate in a sort of role-playing practice: “Act as if.” Act as if you deserve to be here. Act as if you are the state champion, the record holder. Act as if no one can beat you. This exercise in confidence prepared me to accept nothing less of myself than all I had.

I encourage my female peers in the legal world to engage in such a practice. Act as if you belong in the firm. Act as if you are worthy of being partner or lead associate. Act as if you deserve the same respect your male peers receive. After you’ve “acted as if” long enough, you will start to believe those mantras; and after you believe, those around you will too.

I agree with you in part.  Projecting a knowledge that you belong and an entitlement to equal treatment—whether or not it’s real—can be an incredibly useful way to succeed.  But it’s not always possible or appropriate.  I’m very glad to hear that you’ve not sensed any discrimination in your professional life, and I hope that’s always the case.  Even for those who do experience episodes of minor discrimination on the basis of gender, the most effective strategy in some cases <i>may be</i> to say, “Oh well, that stinks—but I still know I belong here so I’m not going to let it rankle me.”  That said, other women may not be so fortunate—and not just because they weren’t assertive enough or didn’t go in with the attitude that they belonged.  Where a positive attitude will unlikely remedy a situation that a shrinking but still unacceptably large portion of women experience (like a glass ceiling a woman feels she can’t shatter, sexual harassment that management does not do enough about, or having difficulty networking due to circumstances outside of her control & having a hard time coming up with replacement networking opportunities), knowing what other women have experienced and how they have most effectively dealt with their experience can help women succeed.  It seems implicit in your argument that many women feel victimized and that that very feeling of victimization is in large part what’s holding them back.  Dwelling on problems without coming up with solutions <i>is</i> counter-productive; but so is not addressing real problems that result in the feeling of victimization in the first place.  I’m with you on the acting like I belong.  But it’s equally important to work so that more and more women feel that they don’t have to “fake it” until they feel like they belong (or until they can’t fake it anymore)…

My question for the group is:  Is noticing inequality a learned behavior?  If so, where did you learn it?  Do you have to look for it or does it just stand out in every instance? Here’s the thing.  I’m one of those people that doesn’t see discrimination or unequal treatment unless it is blatent, in-your-face, of the sort like an unlikely sign that says: “women need not apply”.  I don’t have a natural urge to make sure everyone gets the same amount of candy after the pinata breaks open.  As my kids say, “you get what you get and you don’t have a fit.”  Often in my professional life somebody else has had to point out to me unequal treatment that I’ve been subjected to.  At the same time I don’t stop to realize when I’ve bucked the system or kicked down a door that was closed to me because of my gender or other characteristics.  I’m the person that was genuinely shocked when I was accused of getting into a program because of my ethnic last name or gender.  The thought had never occured to me.  I would have never thought to respond with something clever like Barbara Babcock’s response posted <a><href=http://ms-jd.org/node/52> here</a> when asked how I feel about getting something because I am a woman.  My response is denial and pure surprise. To answer my question in reverse. I think my responses are probably learned.  I think I must have learned this attitude from my family.  I definately grew up in a sort of “you can be anything you want to be” Cleaver Family situation.  Things weren’t easy for my family but we took responsibility for what life brought.  Additionally, I’ve never really had a door stay closed when I’ve tried to kick it open.  Not that I haven’t run into some deadbolted doors along the way, for I surely have.  But, somehow I’ve gotten pretty far along in life without having to say to myslef, “okay, let’s start kicking…it’s not going to be easy.” I do not think my perspective is naive for I am very aware of the widespread discrimination and stereotyping that is prevelant in our society.  Life experience has made me very sensitive to the suffering of others that have been subjected to discrimination.  I just don’t turn that awareness inward.  I guess in my own mind, I am a white upperclass man for whom all the doors stay wide open all the time.  I think it’s healthy but some others think it makes me too vulnerable.