Me, Myself, and I: Reflections on my journey as young woman in the legal profession

By Lori Boozer • June 12, 2007•Sexism, Sexual Harassment, and Other Forms of Discrimination 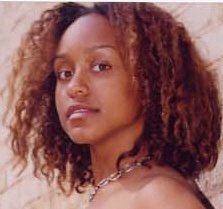 I never wanted to be an attorney, but ironically, I have always wanted to be a judge. As a high school student, I had several opportunities to observe "the bench" at work. I also had the opportunity to be an acting New York Chief Justice during a mock government program held at the state capital in Albany. I wore a black robe and sat in the honorable chambers, meted out decisions on the rule of law, subjected student legislators to Judicial Review, swore in the student Governor of New York and made up my mind that this was the path I wanted to pursue. I now find myself at Boston College Law School chasing my dream.

Unlike Langston Hughes' famous poem, "A Dream Deferred," my dream has never been a heavy load. It has shifted in scope and attainability, but it is still there. However, I understand now that not only must I must go through the rigors of law school and the practice of being an attorney before I earn my gavel, but also, the rigors of law and school and the legal profession as a woman, and as a woman of color. I have welcomed both the challenges and the triumphs with open arms. But, I feel like there is certainly a lot to learn, sometimes more than what I had bargained for.

By most standards, I am already a survivor. For lack of a better explanation, my mother became mentally ill before I was born. She denied that she was even pregnant with me, and subsequently gave birth to me in a white porcelain bowl known as a toilet. At roughly seven pounds, I was born with a hole in my esophagus and I immediately became someone else's problem.--a problem that had to be fed every hour on the hour to account for the esophageal birth defect. Handed over to my great-aunt when I was just six weeks old, I was raised in the bricks of Brownsville, a place infamous for its rappers, gunshots and staircase drug deals. I am a survivor, but why is all of this important? It is to say that I fought, I persevered, and I triumphed, yet as a black woman, I find myself in another struggle. I find myself struggling to define who I am in the legal world when juxtaposed against who I ought to be and who my past clearly says I am not. However, my background has not only given me the strength to enter this race, it is also a large piece of the puzzle that is me, something that cannot be denied no matter how taboo, unbelievable or even embarrassing it may seem at times. My background influences the personal and career choices I make but despite my confidence in my own decisions and abilities, the legal profession has a tendency to create the illusion of a handicap.

Walking through the halls of Boston College is startlingly different from my life in the "ville." I am a tall black woman, economically deprived, in a sea of people seemingly unlike myself. This walk, passing through the halls everyday to get to class is not just a means of transport. It is more like dead man walking--a long contemplative journey during which I try to really discover who I am and who I will be when I graduate--how will people see me and will I be accepted? Will I be appreciated for the woman that I am striving to become? I was sick and tired of being told at times that I was not good enough or smart enough to be where I am, but I have arrived anyway. Yet I have learned that arrival is not acceptance.

It has taken me a while, but after digging deep and pushing myself to return to the dauntless days of my youth when no risk was too great, I discovered the truth of who I am. I am a proud black woman who is not interested in being accepted so long as I am R-E-S-P-E-C-T-E-D for what I bring to the table. Gaining respect in a male dominated world largely guided by economic resources is not easy, but I feel as though there is empowerment in seeking respect as opposed to self-loathing associated with a need for acceptance. When you seek respect, you carry yourself with pride and dignity regardless of the situation. When you seek acceptance, you strive to be someone you are not because you are following the pack rather than leading the way. It is an interesting lesson but something that has been important in the process of rebuilding what law school and this profession almost destroyed--the "real me". The "real me" is the leader, advocate, and role model that I am constantly fine tuning. The learning curve never ends so long as you are going in the right direction.

I am still working towards becoming a judge, along with many other pursuits but I am now working with more confidence because I have accepted myself and that's the only acceptance that matters. I believe in myself and my ability to do great things and I know that my future is full of prospects. I am curious to see where I will end up, and what experience I will have next. I remain strong and I continue to work hard with the consciousness that I was put here for a purpose and I strive to be an example for your women following in my footsteps. They too must learn that affirmation of the self is essential and when you have mastered that, respect from others will follow.

Good luck to you. It sounds like you've worked really hard.
"I never wanted to be an attorney, but ironically, I have always wanted to be a judge." Ha! I thought I was the only one. The last time I admitted it to anyone was when I was a high school senior on a college visit. I was seated next to an alum—a female judge—at dinner, and I told her "I'd love to be a judge but I don't want to be a lawyer." Man, the scowl she gave me could curdle milk. She told me I had to pay my dues. Of course, she was right.