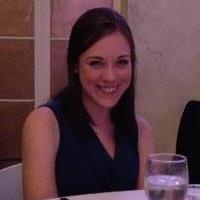 Departing from my usual focus on fictional portrayals of women lawyers seen on television shows, I’m focusing this month on two women—Brandy Alexander and June Hardwick—featured in the recent documentary, Gideon’s Army.  This film, nominated for multiple awards, follows three public defenders in the South as they struggle with heavy caseloads, weak resources, low pay, and high stakes.

Gideon’s Army spotlights three different types of public defenders: the warrior (Travis Williams), the pragmatist (Hardwick), and the empathizer (Alexander).  Hardwick’s role in the film, while minor, focuses on the challenges of balancing work life and home life.  As a public defender in Mississippi, Hardwick possesses a realistic understanding of the limitations in the criminal justice system.  Alexander, meanwhile, struggles to cope with limited resources and emotionally charged cases; the film focuses on her work defending a 17-year old boy charged with armed robbery and aggravated assault.

The documentary was released on July 1, 2013 and has already received significant acclaim for exposing the harsh realities of the public defender system, which spawned from the Supreme Court’s landmark decision in Gideon v. Wainwright.  While the focus of the film is obviously the difficulties of the public defender, Gideon’s Army also features the efforts of two women lawyers who are committed to providing their clients with the best representation possible in these challenging circumstances.  You can check out the film on HBO Go or find a screening in your area.