By Neha Shah • November 18, 2013•Careers,  Nonprofits and the Public Interest 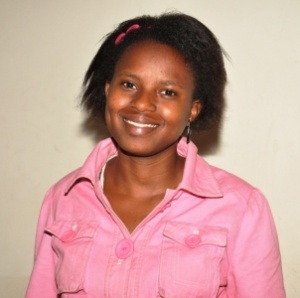 Ms. JD's Third Annual Global Education Fund (GEF) Benefit will be held on August 5, 2015 from 6:30-10 pm at Monarch SF in San Francisco.  The benefit will raise funds for GEF and include live entertainment, a silent auction (with items totaling over $20,000 in value) and great food and networking.  Please click here to purchase your ticket or donate to GEF.  Thank you for your support!

Sarah and Esther are now first-year law students at Makerere University thanks to the Ms. JD Global Education Fund.  Read the biographies they have  provided here:

Akoth Sarah Olala is 20 years old and a first year student at Makerere University in Uganda studying Bachelor of Laws. She is being sponsored by Ms. JD Global Education Fund.  Sarah’s father works in a hotel where he earns USA $ 140 per month and the mother is a  peasant farmer. Their income is not enough to adequately support ten children.

Sarah’s biggest challenge was school fees that were not available on time and were paid in installments.  This affected her studies since she was sent out of school to collect the remaining balance.  Sarah studied History, Economics Literature and Divinity in Nabisunsa Girls Secondary School  and obtained 21 points at Uganda Advanced Certificate of Education. This qualified her to sit for  the Law Pre-entry exams which she passed with 66%, and she was admitted for Bachelor of Laws  at Makerere University. In addition, while at secondary school, Sarah actively participated in debating club and writer’s club. She was a room leader and class coordinator.

Her dream is to become a Human Rights advocate for people in her society especially the women. Being admitted for Bachelor of Laws and winning a scholarship from Ms. JD Global Education Fund has been the greatest achievements in Sarah’s life. She believes that she is on the way to achieving her dreams to be like her role model Justice Julia Ssebutinde who is currently working at the International Court of Justice. She has promised to do her best in order to achieve her dreams.

Niwamanya Esther is a first year student at Makerere University in Uganda studying Bachelor of Laws and is being sponsored by Ms. JD Global Education Fund.

Esther is 19 years old. She lost her father when she was only nine months, and her mother died when she was in secondary school. Esther was raised by her paternal aunties, Ms. Lydia Mande in Kabale and Ms. Eleanor Nshakira in Kampala. During holidays she would be in Kabale and in Kampala during school time.

Esther studied History, Literature, Economics and Divinity in Bishop Cipriano Kihangire Secondary School and scored 20 points in Uganda Advanced Certificate of Education. Her dream is to study Bachelor of Laws at Makerere University and become a Lawyer. She participated in leadership positions;  she was an assistant education minister and the secretary for writers and debaters club in secondary school. She loves writing, singing and reading novels.

Today, Esther feels that she is about to achieve her dreams because she was admitted for Bachelor of Laws and in addition to this she has managed to win a scholarship from Ms. JD Global Education Fund that will provide financial support for her entire period of studies at the university. She wants to give back to society especially to the vulnerable groups that surround her. She wants to become a lawyer and reach out to the voiceless as a woman of noble character and a good citizen.