In Memoriam of Veronica Mars 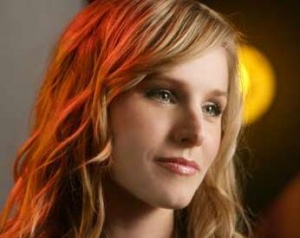 You see, my favorite television show is "Veronica Mars." About a young, intelligent, persistent female detective, it is well written, realistic and, most of all, the one show on television with a strong, young, female role model. Its cancellation makes me question television's commitment to female viewers.

Ironically, the CW Television Network replaced the show for part of its final season with "The Pussycat Dolls Present: The Search for The Next Doll." One of the trailers for that show featured a scantily clad young woman gyrating to music as she deadpanned that she wanted to be America's next Pussycat Doll because the group represented female empowerment. Her words show confusion about what is empowering and what is exploitative, and they made me sad. About as sad as I was to find out learn at a lunchtime career services session that there are still some judges who refuse to address a female attorney who's wearing pants instead of a skirt suit. I know that's not indicative of the entire judiciary, as both the judges I'm externing for this summer care more about how a law student writes, rather than what she wears. Still, to optimize my chances of success at on-campus interviews this fall, I'm expected to dress differently than my male classmates, solely due to my gender.

Such outrageously archaic requirements, along with dismal reports about the dearth of female partners in the upper echelons of the nation's law firms, make me question the legal profession's commitment to female attorneys. Thoughts about post-graduation clerkships and permanent employment have brought with them concerns about how I'll start a family when I want to and how receptive my employer will be when I do. The renewal of demeaning reality shows predicated on rewarding the young woman who can look the best in the least clothes coupled with the cancellation of truly empowering entertainment like "Veronica Mars," makes me question whether the world is really a great place to start a family in right now anyway.

As bleak as my feelings are at times, empowerment and participation are the main reasons I sought out the legal profession. My previous career as a newspaper journalist allowed me to observe and learn much about the way law functions in our society. It inspired a desire in me to be the one applying and working within the law. One of the towns I covered as a reporter had a female attorney whom everyone in town, even the all-male town council, looked to for definitive legal answers. Observing her further inspired me to want to be the woman with all the answers, the woman who could confidently and correctly assist any type of client. That hope is still there, and has only increased as I've had professors and internship supervisors encourage me along the way.
Sometimes I see the profession as distinctly empowering to those women who work successfully within it. Little by little they are changing outdated perceptions and breaking down barriers. In the legal profession I see hope for my future. In it I have found a way to use my writing, research and advocacy skills in service to clients and community. I believe I could become a female role model as an attorney, if only for my own children. So though there is one fewer empowering female role model on television these days, by becoming an attorney, I hope to add one more empowered female to real life.

I want my daughters and sons to see strong female role models on television and in reality. I want them to learn that, whatever your gender, it's OK to be persistent and assertive, it's possible to raise a family and have a successful professional career, and that it's not OK for another professional to treat them differently because of their gender.

I hope both television and the legal profession will come around and make it easier for me to teach my children this. By the time they're born, the Pussycat Dolls will hopefully be forgotten; judges will hopefully pay more attention to what an attorney writes and says than whether she's wearing a skirt suit; and law firms will have learned the value that female attorneys bring, whether or not they're raising a family while working. If, by entering the legal profession, I can help in the least bit pave the way for these changes, then I will have done my job to make the world better for the next generation of women. Our generation of young, female attorneys should all pledge to dedicate ourselves toward that goal. That, and preserving "Veronica Mars" on DVD for them.

<div align=“left”>I'm a bit embarrassed to admit I never watched Veronica Mars… and much more embarrassed to admit that I did watch the Pussycat Dolls. Once. Okay, maybe twice. It was on right after America's Next Top Model, and I am a weak, unforgivable excuse for a feminist.
</div>
<div align=“left”>The TV shows I'm preserving on DVD for the next generation of little legal eaglets are "Daria" (smart and independent), "The X-Files" (FBI Agent Scully is as tough a law enforcement professional as they come), "Buffy the Vampire Slayer" (obviously) and the episodes of "Law & Order" with ADA Alex or Mariska Hargitay (the two strong females in a franchise that otherwise features actresses in a revolving-door of wishy-washy sidekicks to Sam Waterston—god bless 'im). We can start a lending library.</div>