By ilise feitshans • November 15, 2017•Features,  Myths & Truths,  First Women,  Superwomen JDs and What You Can Learn From Them 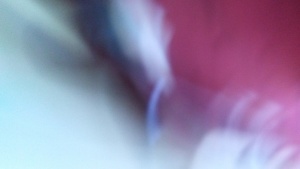 My Mom worked as a typing teacher and life skills coach starting when I was very young.  The Principal in my mother’s school  was kindly, tall, slightly charming and handsome man with a big smile for everyone. He ran a public school for special education students in an era when the idea of educating those students was an experiment, almost a generation before the passage of the Americans With Disabilities Act (ADA) and the subsequent laws that educate people with invisible cognitive disabilities. It was a job for a visionary , creative and hardworking man, and he was the right man for that job. Everyone knew.

No one meeting this kindly gentleman for the first time would have considered him the source of sexual harassment, but he was. It was a very odd sort of harassment because it was succinctly contained within the body of one highly attractive person: the Assistant Principal. As if to be beautiful in order to justify his attentions, the Assistant Principal was a very beautiful well- coiffed and well dressed single woman who  was openly regarded with respect because she was his “office wife”. Together they had built the infrastructure of the fledgling school with the drive and relentless sexual energy that is obvious and open and characterizes a true power couple. Respecting him required showing respect to her. They were more than a duo, they were a team. There was only one problem. The principal was married, but not to the Assistant Principal.

Their relationship lasted over two decades, openly in the school and quietly at any official functions that required The Wife be present. No one liked the wife and people treated her rather coldly at those school based social events, that as a small  child  i attended when my mom was required to be present, and of course I never understood why nobody liked The Wife and everybody was afraid to talk to her, although talk about her they sure did!

The open relationship at work continued until the Principal became very ill, left the job in early retirement and eventually died. Then his Mistress became Principal, it was never doubted that she was heir to his throne, and her first official act was to have the school named in his honor. It was an effort that everyone knew she would do. Many of the staff worked hard to assist her to have the rare honor of naming a public school for its founding Principal. It was understood that this was appropriate and that she would lead the effort with support of the staff from the school.

She lived much longer but never found another partner, never married and never had children. She had lost her personal ticket to posterity in the name of keeping alive their school, a public school in a poor and dangerous Bronx neighborhood that gave new life and new opportunities to thousands of disabled graduates and thus new hope to their families who otherwise feared that these children would grow to live in institutions. It would be difficult to paint their work as fruitless, unimportant or extravagant.

It would be unfair to say she profited from being mistress or deserved the loneliness and childlessness that followed from her plight. I remember her well. She was very smart, a great manager and visually stunning. She loved him and she loved the school and for both of them loving each other and the school was the same thing.  She had a sad later life, as the unofficial widow in charge of the namesake school. She  visited my Mom while my Mom was dying of cancer and they would talk for hours about the school she still ran and all the internal politics and planning required to keep the school going: how to justify its programs despite budget cuts and attrition of good staff; how to find well educated personnel who would accept the low salary of a public school in a dangerous neighborhood.  Confiding how she wished that they had children anyway, taking expensive trips and living in a luxury Manhattan apartment after her own mother, whom she lived with throughout her career,  had died, the unofficial widow who had been the principal’s mistress spent her last days, spending the hard earned money from her career, because the public school would be unable to accept it anyway. But she carried on their job.

My mom vacillated: judgmental of the mistress who did not break away from her married partner and therefore my mom was shocked at the threat that the mistress’s role represented to the validity of any marriage, she could not sympathize when her friend complained that her partner was so mean to her that she considered leaving him.

And yet my mom was the supportive friend who, because of her own marriage to my father completely understood staying with a deep and unique relationship through thick and thin. And she respected the women who had managed to do just that for decades, it was a shared struggle in many ways.

And I suspect many colleagues at the school faced the same dilemma, as divorce marriage and infidelity riddled their own homelives in the background but not in the limelight of an entire school.

And here is the part that baffles me about the two tiered social and professional world:

Decades they were together and everybody knew. Probably The Wife knew too and probably it created her own private torture, knowing that if she brought an action for divorce she would lose every economic benefit she ever knew and all the prestige that came with being The Wife of the man for whom the City of New York had named an entire school.

Why didn’t the cultural and social forces do something to protect The Wife instead of allowing the pair to carry on anyway?

Why did the workforce at the school accept these openly adulterous terms and conditions that clearly pleased the Principal and did not degrade  the rest of his moral referent power among his peers?

Why did the collective culture condone not condemn this duplicity, regardless how successful the results and how forceful the retaliation against anyone who tried to stop them?

Separate and apart from the moral issues of sleeping with someone without marriage,  why did the collective will of the group accept a relationship that so clearly disempowers both women, even if it did mean that the mistress was Assistant Principal?