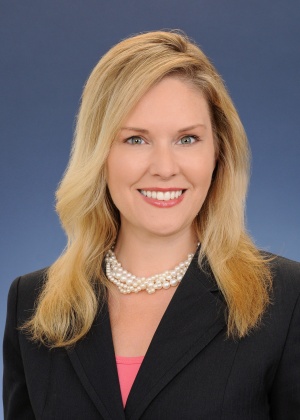 April 8, 2014 was Equal Pay Day.  This date symbolizes how far into 2014 women must work to earn what men earned in 2013.  There is some debate about the exact magnitude of the pay gap, but by any measure it is alive, well and impressive.  According to the 2012 U.S. Census, women who work full time earn, on average, only 77 cents for every dollar men earn.  The statistics are even worse for women of color.   Over a working lifetime, the average woman has lost $431,000 in fair earnings.  See https://www.aclu.org/blog/womens-rights/equal-pay-numbers.  Congress is considering the Paycheck Fairness Act, an update to the Equal Pay Act of 1963, which would provide more tools for women to get fair pay in the workplace.  It’s already been defeated twice (in 2010 and 2012), but is being pushed again this week by Senate Democrats and the White House.

A good mentor can help you understand the facts and provide guidance about how to negotiate fair pay.  A sponsor, someone who is your advocate and has power within your organization, can actually impact your salary directly by speaking on your behalf during reviews and compensation evaluations.  “In short, mentors advise; sponsors act,” according to Sylvia Ann Hewett, President and CEO of the Center for Talent Innovation and author of Forget a Mentor, Find a Sponsor.

Based on my own non-scientific observations, junior associates generally make the same starting salaries without gender disparities.  Bonuses are also relatively lock-step, usually heavily based on billable hours.  The theory is:  if you are busy you are good.

However, over the course of a 10 year span in private practice, I have observed gender pay disparities emerge.  Some of these can be attributed to having kids, which results in the so-called mommy penalty, i.e. the reported 14 percent less that moms earn as compared with women who don’t have children.  But gaps can also be attributed to other factors like not getting billing credit for matters that you are driving or managing because men are generally better self-promoters, taking on non-billable firm citizenship work which is lauded but not paid and, importantly, simply not asking for a raise.

A mentor, especially someone senior to you in your own organization, can help you understand the pay process and give you information about what you can personally do to move up the pay scale.   If you can’t find mentorship within your firm there are many books on the topic, like Women Don’t Ask:  Negotiation and the Gender Divide, and websites with interviews of senior women, like NPR’s recent interview with Sallie Krawcheck entitled simply “Women, Ask for A Raise!”.

A sponsor can actually get you more money.  If you want to know if you have a sponsor, ask yourself:  Who is going to speak on my behalf during my performance review?  Who is going to tell the compensation committee that I deserve a raise?  Who will champion my worth?

If you know the answers to those questions, then you have a sponsor and are well ahead of the curve in the compensation game.  If you don’t know, then I suggest that you focus this month and going forward on developing that relationship.  It takes time to build, and you have to earn it, but is well worth the investment.  You can do it by being great at what you do as a lawyer, finding people you admire and then seeking out work relationships with them.  Over time, you will become indispensable to their team and clients.  You will gain their trust, and they yours. They will go to bat for you because it directly benefits their business model and practice.  They will want you to be happy, well-compensated and committed to the firm and their practice because they will view you as an integral part of their team and brand.  At some point, you may inherit their business or they may also help you find a great position at one of their clients.  But all along the way, you will actually make more money than if you were going it alone.  Your sponsor can be a man or a woman, and once you have one, you will flourish.  You will also be doing your part in closing the gender pay gap, which is a very good thing indeed.  And once you get your foundation and build your own practice, you can be a sponsor for someone else.