Michelle Banks: How Risk Taking and Dedication to Supporting Women Led her to a Successful Career 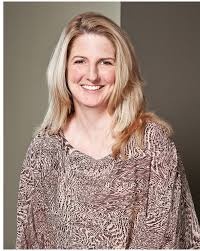 Michelle Banks is one of 2018 Ms. J.D "Her Story" Conference Key Note speakers. As a former EVP Sustainability & Global General Counsel, Michelle is currently an executive coach, a frequent speaker on leadership, and a nonprofit board member. Michelle completed her education at UCLA and continued to give back, not only through her organization LEAD but as an Executive Coach to corporate counsel. Michelle started her career by taking huge leaps of faith. At the first opportunity, Michelle flew to Japan and worked as the only woman at one of the largest Japanese trading companies. Her leaps of faith, perseverance, and confidence in herself, helped shape her career as an attorney and today in retirement.

I had the opportunity to learn from the previous contributor to Ms. JD, Michelle Banks, on how her dedication to taking risks throughout her career has led her to a position of power and success on her terms.

Can you briefly discuss your career path and how you got to your position as an executive coach at Baker Gilmore LLC?

I believe my willingness to take risks was most important to my becoming a senior legal leader and also to having a busy business as an executive coach post corporate retirement.

Early on in my career, I tried new things even if I wasn't well-prepared for them. Jumping at an opportunity where I was offered to work in the legal department of a Japanese client of my law firm for a year when I had never been to Asia, and accepting a position to work in the legal office of an NBA team when I had never been to a professional basketball game are two of the more dramatic examples [of the risks that I've taken].

Mid-career, I embraced change as a positive, and focused on my continued development. Asking for a promotion and then accepting one that my General Counsel offered, which involved creating the company’s corporate compliance function from scratch and then leading a team of litigators, having never been in a courtroom after my swearing-in, are two of the more dramatic examples.

Now, at a later career stage, I follow my purpose. What I loved most about being a Global General Counsel and Chief Compliance Officer for ten years was not providing legal and ethical advice to the Board and C-Suite, or owning a significant budget, it was leading and mentoring a large team of people. So, my current role at BarkerGilmore, as an executive coach to global general counsel, and their successors in development, is perfect for me.

I made a conscious decision when I retired from the corporate world full-time, to dedicate a significant portion of my time to my passion for helping others, particularly supporting women and others underrepresented in leadership, advance their careers.

You have been heavily involved in nonprofit organizations, such as Women LEAD, Minority Corporate Counsel Association and United Way of the Bay Area, what have these organizations meant to you, and which organization has been the most rewarding?

Without question, UCLA Law Women LEAD, which stands for Leadership, Empowerment, Advancement, and Distinction. I co-founded LEAD at my alma mater in 2015, and I continue to co-chair it today. LEAD is an awesome network that I wish I had earlier in my career. We provide a 24/7 virtual communications network of more than 1,600 women who are attending or have graduated from UCLA Law School; and we host summits, networking events, CLEs, and mentoring. We aim to support these women over the long-term throughout every phase of their professional and personal lives from obtaining their first job to leaving a meaningful legacy.

Can you elaborate on any challenges you faced during your legal career and how you overcame them?

I worked in Tokyo in 1992-93 when women lawyers were extremely rare in Japan. I was seconded to a client as a third-year associate. I was the first woman lawyer to work in the law department of Itochu, one of the largest Japanese trading companies. This meant that I was the only woman in the department who did not serve tea twice daily. It also meant everything I did was in the spotlight. I embraced the opportunity to experience a different culture and work in-house, I worked hard, and I leveraged two great male mentors who I still keep in touch with today.

The Ms. JD Fellowship program focuses on the importance of mentorship, did you have any mentors in law-school or during your legal career? If so, how did they help you? Are there any specific law school or early legal experiences that helped shape you as an attorney?

I had mentors at every job. Being the third in a line of four successive women General Counsel at Gap Inc. was most exciting. It all started with Anne Gust Brown who was a role model for all of us. Anne was an amazingly strong and powerful leader, like no woman I had ever worked with before. We wanted to be like her. I owe much of my success to my former boss, sponsor and mentor Lauri Shanahan.

Lauri was my first female boss, and she continues to mentor me today, years after I worked for her. Lauri saw things in me I did not see in myself. She pushed me and set me up for success by giving me more and more responsibility in a thoughtful way, always challenging, but supporting me. When I became GC of Gap Inc., I did not view it as my job to ensure that a woman took my place. I knew I was unlikely to make that decision, but I did see it as my job to develop at least one woman who would be in the running, and I was pleased when Julie Gruber was selected by the CEO to succeed me.

If you could give your younger self one piece of advice what would it be?

I would change one important thing: networking or, stated more positively, connecting or relationship building, specifically with other professional women earlier in my career. Michelle writes about this topic on Ms. JD’s blog “What I Would Do Differently” Read her blog Here.