By Julie Silverbrook • February 10, 2014•Superwomen JDs and What You Can Learn From Them 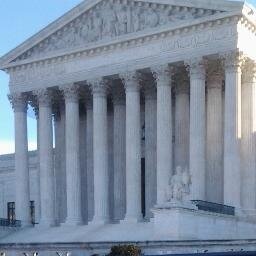 Michelle Olsen left her job as a staff attorney with Jones Day’s appellate team in Washington, D.C., to search for new career opportunities. She wasn’t quite sure what her next step would be, but she knew two things: she wanted to write and she had a deep and long-standing passion for appellate law.

During her time at Jones Day she began tracking and writing reports on Supreme Court cases for her practice group leader. While she looked for opportunities in the field after leaving Jones Day, she employed her well-honed Supreme Court tracking skills by hiring herself to track and write about pending U.S. Supreme Court cases and other notable appeals on her blog, Appellate Daily.

The week her first post went live, SCOTUSblog, which many, including myself, view as the preeminent law blog, linked to Michelle’s writing. From that moment on, Michelle’s blog and, later, Twitter feed were considered one of the most reliable sources for judges, appellate attorneys, legal journalists, government leaders, law schools, and others with a passion for appellate law.

As Michelle continued to write pieces for the National Law Journal, she moved from blogging every day to using Twitter almost exclusively as a way of effectively tracking and sharing information about appeals and appellate issues. On her blog, you can now find a reprint of her National Law Journal columns, which are always informative, entertaining, and well written. On her Twitter feed, you can find everything you need to know about appellate law and the Supreme Court.

Michelle’s is a social media success story, but if you ask her, she’ll tell you that she never expected to make a name for herself simply by blogging and posting about her passion: appellate law. And, yet, that is exactly what she has done.

When the Supreme Court or one of the federal courts of appeals hears a major case, an experienced court-watcher knows to check Michelle’s Twitter page to learn more. Michelle has been in the courtroom (in the Supreme Court bar section, to be precise) for major arguments and opinion announcements and tweeted reactions afterward. Court-watchers often have two Twitter feeds open in May and June when the Supreme Court hands down its opinions – SCOTUSblog and Appellate Daily.

When the Supreme Court is not in session, Michelle often tweets about the public lectures and other activities of the Court’s nine justices. She also highlights the work of appellate courts and judges nationwide.

Recently Michelle has popped out of the computer screen, so to speak, and has enjoyed the opportunity to facilitate or participate in public talks with other court-watchers, including her National Law Journal colleague Marcia Coyle. As Michelle continues to make a name for herself in the appellate community, I know she will become a fixture at public programs on the Supreme Court and appellate law in Washington, D.C., and beyond.

*Attorney Michelle Olsen is a columnist for the National Law Journal's U.S. Supreme Court section. SCOTUSblog, How Appealing, Above the Law, and numerous other legal sites have spotlighted her work. Ms. Olsen has provided on-air commentary for HuffPost Live. The Washington Post includes Appellate Daily in its "SCOTUS" list on Twitter and named the feed one to follow on the day of the health care decision. FindLaw chose Appellate Daily as one of "50 Twitter Accounts Lawyers Should Follow Religiously." Ms. Olsen previously worked as an attorney for Jones Day, in its Supreme Court and appellate group, and the federal government, both in Washington, D.C. She launched the Appellate Daily blog in May 2010 and its companion Twitter feed in June 2010. Judges, appellate attorneys, legal journalists, government leaders, law schools, and others with a passion for appeals (like Ms. Olsen) follow the feed.