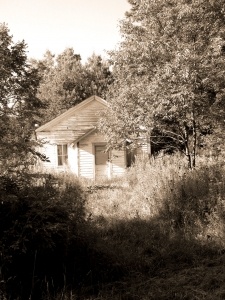 Ed. Note: This piece, by Judith Bainbridge, was originally published in The Greenville News and is reprinted here with the author's permission.

The teacher of stenography and accounting at the Greenville Female College and his wife, a former music instructor at the Due West Female College, had been blessed with two daughters. But he wanted a child to bear his name.

When his wife delivered their third daughter in May 1894, he was undeterred. She was named James. Her middle name, Marjory, was about as close to Margrave as it was possible for a female name to be, but this baby would be known as “Jim.”

Just what the impact that name had on a gently reared young lady in turn-of-the-century Greenville is difficult to assess, but it certainly did not produce a traditional Southern belle.

Because she was a sickly child, she was home schooled by her mother before three somewhat desultory years of public education. When she entered the Greenville Female College in 1909, she was 15. (Many young women who attended the college graduated well before they were 21. Indeed, Central High School on Westfield Street, which she may have attended, at that time only offered classes through the ninth grade.)

Since her family lived at the corner of Stone Avenue and Rutherford Street, she could easily walk to the College Street campus, which, with 350 students in primary, preparatory and college classes, was relatively flourishing, although it was not then (nor was it ever to be) accredited by the Southern Association.

The Female College had offered the bachelor of arts degree since 1893. Its curriculum was far more rigorous than the certificate programs in music, art or elocution chosen by most students, and, as a result, relatively few students selected it.

Of the 44 students graduating in the Class of 1913, for example, only nine, Miss Jim among them, earned the B.A. She also won the scholarship medal for earning the highest grades in her class.

And then, amazingly, she decided to be a lawyer and, almost as eyebrow-raising, to do so by studying in California. In 1914 she trekked 3,000 miles westward and enrolled at the University of California at Berkeley. There she initially enrolled in undergraduate classes in law-related subjects and earned a second B.A. In the fall of 1915, she was admitted to Boalt Hall, the university's law school.

For a gently reared Greenville girl, preparing for a career as a teacher or as a “typewriter” (a secretary) was questionable. Becoming an attorney was unthinkable. One of Miss Jim's classmates said that after graduation she returned home because “In those days a girl didn't take a job out of the home unless her father couldn't support her.”

It was also risk-taking. At that time, 43 states, but not South Carolina or Georgia, admitted women to the practice of law. In the South only the University of North Carolina and George Washington University (if the District of Columbia is considered Southern) allowed women to attend law school.

The world Jim encountered at Berkeley was far different from the close-knit little Southern town that she had left. California men, she later recalled, carried gold coins in their money belts rather than paper money in their wallets. Most Westerners felt contempt for Easterners who counted pennies. (And she must have counted pennies. Her father died in 1915, and the Perrys were not wealthy.)

Yet she adapted well, even though her male classmates kept urging her to change her name. In June 1917, after two years of law school, James M. Perry received her J.D. degree and was automatically admitted to the California bar.

Then she returned home and applied to take the South Carolina bar examination. Her timing was right. On Feb. 14, 1918, Governor Richard I. Manning, (one of the few progressives to lead the state) signed a bill allowing women to practice law in South Carolina. Three months later, James M. Perry became the first woman member of the South Carolina bar.

She was then hired by Haynsworth & Haynsworth, one of the most prestigious law firms in Greenville. At first she worked behind the scenes, doing legal research and briefing other lawyers on cases. As women generally and Miss Jim specifically became more accepted, however, she emerged from the back room to specialize in the organization and financing of corporations and federal tax law.

In 1937 she once again broke legal ground when she became the first woman to be named a partner in a South Carolina law firm. The firm then became Haynsworth, Perry, Bryant, Marion & Johnstone. Today it is Haynsworth Sinkler Boyd.

She was a member of the South Carolina Bar Association, the National Association of Women lawyers (she served a term as vice president), and Kappa Beta Pi legal sorority. In 1955, when she was named president of the Greenville Bar Association, she was one of the first women in the nation (the other was in Indiana) to chair a local bar. (It wasn't until 1993 that a woman chaired the state bar.)

Her most intense interest, however, was in starting a humane society. An animal lover who had more than 30 cats and a dozen dogs, in 1937 she almost single-handedly established the Greenville branch of the South Carolina Society for the Prevention of Cruelty to Animals and raised funds to build a shelter on Furman Hall Road.

She served as president and treasurer of the Humane Society for many years. Her 1964 obituary saluted her not only as a legal pioneer but also as a friend to animals.

Her pictures show a woman with pearls at her neck and hair carefully coiffed. One can only wonder about the source of her risk-taking and drive. But perhaps Shakespeare was wrong: Perhaps it was all in a name.

Judith Bainbridge is professor of English Emerita at Furman University who has lived in Greenville since 1976. A native of New Jersey, she graduated from Mary Washington College and earned her M.A. and Ph.D. from the University of Iowa. A historic preservationist who has extensively researched local history, Judy is the author of books on the West End, Augusta Circle School, the Greenville Women’s College, a collection of articles from the Greenville News, and an illustrated history for the Chamber of Commerce. . She has written the “Greenville’s Heritage” column for the City People section of the Greenville News since 1999.