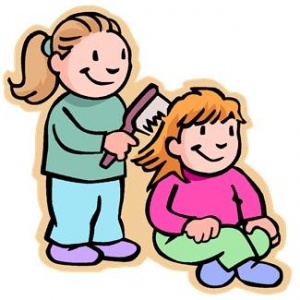 Have you ever noticed how sometimes you have to teach a child the same lesson several times before it really sticks?  Recently I was reminded that this truism applies to ME too.

Many years ago I got my first job working as an assistant for a volunteer program.  In between photocopying and phone calls to volunteers, I chatted with my boss about life.  Most days she had some little nugget of wisdom to offer me.  One time I mentioned that I was feeling overwhelmed about getting started on a big project for school.  Her response was. . .well, obvious: “You’ve probably thought of this, but just make a list of what you need to do and stick to it.”  Of course!

I know this seems basic, but there are times when all things “basic” seem to fly out the window.  And sometimes a little reminder is all you need to bring common sense back into the picture.  That’s where a simple, well-crafted list comes in.  I remember this conversation from my first job like it was yesterday, so you would think this lesson would have stuck with me.  Clearly it wasn’t enough.

Last summer I worked as a clerk at a law firm.  One day I chatted with my boss about our kids, and I mentioned how hard it was to get my daughter ready in the morning because she complained about each step in the process.  My boss suggested that I might try making a list.  When her daughter was about 3 ½ she made her a special list to help her get herself ready in the morning.  She made it extra girly, with colored writing and cutesy stickers.

So I tried it.  When my daughter was 3 ½ we sat down together one night and scoured through Microsoft’s online bank of free clipart.  We made a list called “Morning Time.”  At the top is a tiny cartoon picture of a little girl yawning next to the words “Wake Up.”  Somewhere in the middle is a picture of cereal and milk with the words “Eat Breakfast.”  And down towards the bottom is a picture of a pillow and blanket with the words “Make Bed.”  This sounds so simple, I know, but it turned out to be brilliant.  Once again I learned the wisdom of tackling a problem with a good, honest list.

My daughter had so much fun selecting the pictures and reminding me to make the letters “all pink.”  She picked where we would hang the list on her bedroom wall, and we put an empty sheet of paper right next to it.  My daughter quickly learned that if she did everything on her list without complaining she would get a sticker on the extra sheet of paper.  After she gets ten stickers she can pick out a small toy.

The process of making this list was fun enough, but I assumed that the newness would quickly wear off.  I honestly thought my daughter would return to her old ways of stalling to get ready in the morning.  But it didn’t happen.  She memorized the order she was supposed to do things in, and she did them one by one.  She constantly checked the pictures on her list and reported on her progress, and then she was so proud when she got her sticker.  I confess I was pretty blown away by how much fun my daughter had with a simple little list.  She was motivated.  She was focused.  And most importantly, she got things DONE.  So, not surprisingly, the third time I learned this lesson I learned it from my daughter.

I recently took some time off in between taking the bar exam and starting a new job.  As my start date approached last month, I started to worry about how I would hand off all of the domestic duties I had taken on during my time off.  How would things get done at home when I had to work late?  How would my husband and I stay on the same page about dinners, chores, and shopping?  And how would a relative or baby-sitter be able to take over and get up to speed at the last minute?

Around this same time I made a new version of my daughter’s “Morning Time” list with updated pictures on it.  My daughter’s renewed motivation taught me another lesson.  So I returned to Microsoft’s online collection of clipart.  I created my own set of lists with cutesy (albeit more sophisticated) pictures and colored writing.  These lists now adorn my refrigerator.  There’s a list of how to contact the important people in my life.  There’s a list of all the tasks I should take care of in the evening because I never have time to do them in the morning before work.  And there’s a list of my family’s favorite meals.  Just like my daughter’s “Morning Time” list, these lists help me stay motivated because I don’t have to plan my next step.  They help me and my husband stay focused because I can always say, “Just check the list!”  And these lists help me get things DONE because I don’t have to communicate the same pieces of information to whoever is taking care of things at home.

Now I’ve learned the same lesson three times.  Lists really work.  And, in case you were wondering, the cutesy pictures help too!