By Peg Johnston • February 02, 2007•Sexism, Sexual Harassment, and Other Forms of Discrimination 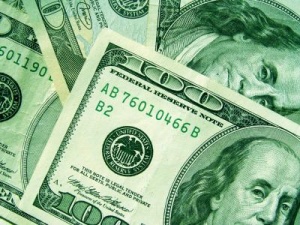 Today on NBC's today show they did a segment that is very typical of their format. The segment was about married couples where the woman earns more than the man. In light of the fact that most women practicitioners that I know make more than their husbands/partners, I have a couple of lingering questions for the group. In the piece, the host and the guest agreed that the equation of money=power=masculinity doesn't make logical sense to the women that are the breadwinners in their relationship. Still, they argued, the equation was a common emotional feeling. Do you think that money=power=masculinity? Given the fact that most married couples fight about money, the first part of the equation might in fact be correct and simply be a effect of our society's revolution around money. (This only holds up, however, as long as more money brings more benefit. At the point where additional money doesn't get you anything, the power of money goes away.) The second arm of the equation however, doesn't have to be so. While cultural, for some, I view this claim as something that I can overcome in my logical brain. However, I also think that I can overcome the social pressures that the equation implies in life as well as in my head. They also claimed that "most" women have a "Cinderella Complex" which was described as a desire to find a Prince Charming that will protect them and provide for them. Do you have a Cinderella Complex? When I look inside, I don't. Yes, I want my husband to squish a big spider in the kitchen. Yes, I want him to make sure the satellite installation guy doesn't ruin the roof. But, I don't have a problem reconciling those things with me making more money than him. I would agree with what a woman they had on tape said, "As long as the bills are paid, who cares?". Exactly, who cares? Finally, who's problem is this? The woman's? The couple? Who will fix it?

I saw the same presentation on TV and also first thought to myself - who cares about salary?  But one recurring theme that came up was the idea that whoever is making more money should have less responsibility for caring for the home/children.  I’ve also noticed that with the recent hike in salaries for law firms, I’ve heard a bit about a corresponding possibility of a hike in minimum hours.  So, to the extent that salary corresponds to the quantity of work done - shouldn’t salary matter to home life?  Shouldn’t men making less be expected to do more around the house?  And are they?

If men aren’t doing more housework are you conceding that housework is inherently feminine or at the least culturally feminine?  If that’s the case, than is making the money and that related release from housework duties masculine?

Yes I think that women generally do more housework than men (there’s an interesting article on that at http://www.careerjournal.com/columnists/workfamily/20050520-workfamily.html).  And yes, I think that housework is culturally feminine.  I do think that perception is starting to change but there has been a long history of women being responsible for the home and change takes time.  One place I believe perceptions have changed is that it is inherently masculine to work outside the home and bring in a paycheck. That being said, I don’t know how I feel about the correlation between paycheck and housework.  There’s the argument I made above about salary representing time and I buy that to a certain extent.  But when housework includes rearing children, that argument breaks down - I would think that ideally parents should be involved regardless of paycheck size.

In 1970, Pat Mainardi wrote an interesting piece on why women end up doing more housework, even when their significant others are committed to an equal relationship: The Politics of Housework.  Her points are still quite relevant, over 35 years later.