Motion to Dismiss Due to Perjured Grand Jury Testimony

We barely found out that our Motion to Dismiss due to the destruction of documents was denied when we learned that Scott, my former Fund III colleague and one of the Government's cooperating witnesses, lied under oath. Scott testified to the Grand Jury to get me charged and now, he had been charged with perjury.  He immediately pled guilty. This development seemed so ironic since Scott was the only one of the Fund III management committee that was offered an immunity deal and all he had to do was tell the truth and cooperate.

Scott had told the Government that he had left Fund III "early", before anyone else on the Fund III committee. That part was true. Scott chose to distance himself from Fund III because it was becoming difficult to raise money and he didn’t want to continue to be responsible for his management role and to some extent his client's well being. My first thought when Scott resigned from Fund III was that he was a salesman and his customers were already investors based on his relationship regardless of what he did after the sale. Scott was the author of the term sheet that initiated Fund III. Scott voted for what would be funded and he had other responsibilities as a Fund III committee manager. Scott couldn't change what he had done.

Hearing that Scott lied to the Grand Jury made me sick to my stomach. It wasn’t like you could go back into the Grand Jury and correct it. How do you separate what was truthful Grand Jury testimony and what were lies and somehow weigh them after the Grand Jury had made their decision to indict me? There is no do-over. The Grand Jury convened to make decisions on whether to charge someone with a crime based on the prosecutor’s presentation and witnesses’ testimony.

I was afraid I already knew the Government’s position.

The truth felt like a hot potato that was being tossed around a group that couldn’t hold on to it. 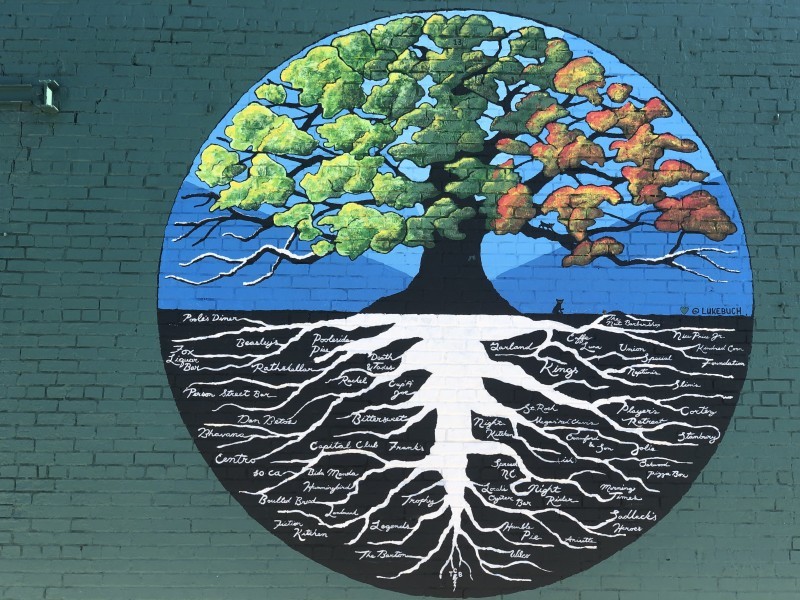 My attorney, Dan, and I filed a Motion to Dismiss the charges due to perjured testimony at the Grand Jury.  Scott lied about his knowledge of when he knew what was going on and what his involvement was.  That is what Scott admitted to but I later read through his Grand Jury testimony and felt there was additional questionable testimony. I learned Scott’s agenda by reading through his testimony.

I didn’t understand why the Government didn’t charge Scott while he was testifying. If the goal is to tell the truth, call Scott out on it as soon as possible, even as he said the lies. The Government knew Scott's role because it was prominently described in the Fund III offering circular and it's reasonable that Scott would have produced his Fund III resignation letter to prove when he resigned.  I was still a bit naive and optimistic about how all this worked versus my common sense of what justice should look like.

Why would the Government want a perjured cooperating witness on their team?  Scott had just proven to the Government that he couldn’t be trusted. When and how would a juror be able to distinguish when Scott was being truthful? I had a right to be concerned.

There were a couple of civil cases that various members of the committee were a part of prior to the criminal case. We had transcripts and judgments to substantiate Scott’s “innocence” along with all of the fund committee. Scott defended himself against a person that we will call “CC”. I was in the case with Scott.  We all prevailed and we all told the truth. How can Scott tell a different truth when defending himself with me in a civil case than he would as a Government witness in a criminal case?

There was no different truth. The truth doesn’t change and Scott was a convicted liar.

I wished that I could talk with Scott and reminded him of some of the things that we had discussed as a management committee.  The fund committee never intended for anyone to lose money and hoped to provide a unique opportunity to have an IPO within the fund if we were successful at getting shares. We had been an early investor in a company that announced their IPO, so we had been understandably encouraged that the fund might be a beneficiary. We all thought that we were providing an investment opportunity. 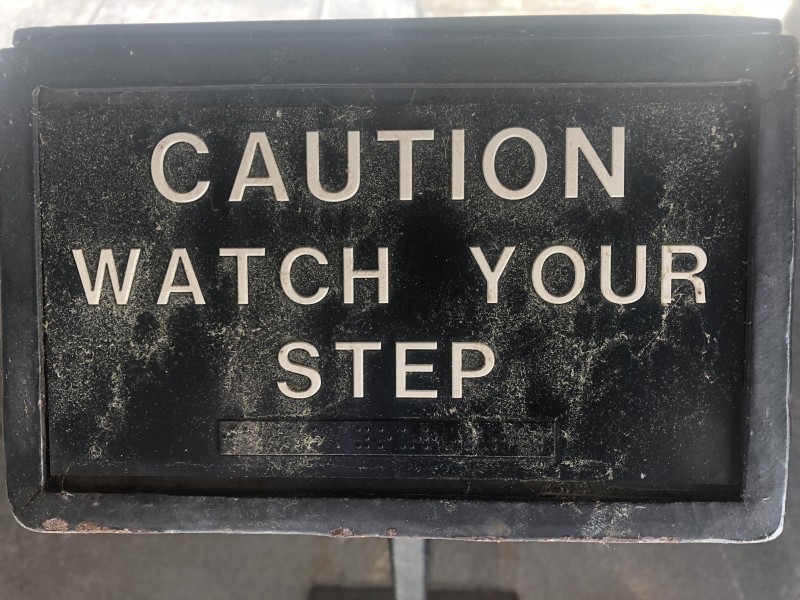 If a Grand Jury’s purpose, in part, is to make sure that no one is charged that shouldn’t be, then it seems vital for the key people that might have evidence to be a part of that process. The fact that I didn’t know what evidence was being presented and couldn’t question or provide any of my evidence at a critical point when my life was about to change was daunting. The Grand Jury became a tool of the prosecution and the prosecutor chose to withhold evidence that was favorable to me.

If my story had been told to the Grand Jury, these are some important points and respective documents that I would have wanted to be included:

1. I invested in Fund III and asked a couple of friends and my parents to do so. (Here are my signed investment documents and a bank statement showing funds leaving my account and going into Fund III’s account.) We all lost money.
2. I loaned Fund III money and never got it back.  (Here is the original loan document and a personal bank statement showing the loaned funds coming out of my account and Fund III’s bank statement showing they received the loan.) Who loans loan to a scheme?
3. There is the language in the Fund III offering circular explaining the remote circumstances under which the Fund committee could ever benefit from Fund III’s performance.
4. There is testimony from cooperating Government witnesses that defended themselves in civil actions with investors prior to the Government’s involvement. (Here is the arbitration testimony page that has Scott denying there was any intent to deceive investors, etc...)

Instead of presenting my written, documented loans, Fund III subscription agreements, bank statements showing me loaning money, etc…supporting the fact that I was aligned with Fund III as I was, Scott testified and lied to the Grand Jury.  Selective, verbal cooperating Government witness' recollection years later pale in comparison with written documents from the time of the alleged crime.

My concern is that we have gotten so entrenched with the Grand Jury rubber-stamping what the prosecutor advocates for that we have lost our own sensibilities of fairness. Not many people understand or care about this until they discover it for themselves or a loved one.

I am concerned about who is on the Grand Jury too.  Are they people that are actually interested in serving justice?  I can’t tell you how many times that people that know about my case have commented on grand juries and trial juries and how desperately most people want to get out of serving.

There is often a herd mentality whereby the jurors vote with the majority. There are people who are not paying attention, confused, afraid to ask questions, tired, not getting paid much, and thinking about where else they would like to be that are deciding my future.

None of this serves justice. 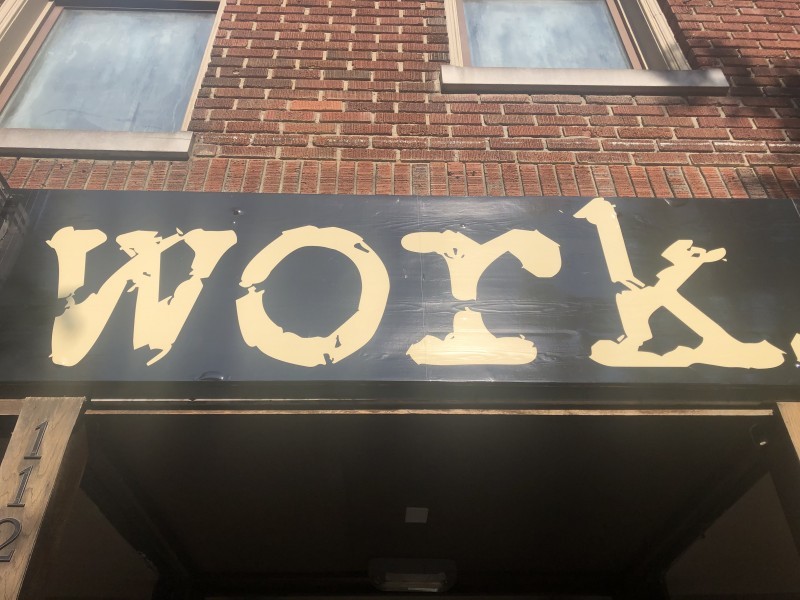 If I am to be properly “heard” in a court of law, I would like it to be by people who are listening and treat me like they would like to be treated and not like I am already convicted.

Regardless, there were hints of stubborn optimism that regularly crept into my day. Those bursts of civility kept me going.

I had it easy because I didn’t have to keep my story straight. I didn’t have to remember who I told what to. If I repeated myself it was consistent with what I had said previously. I learned the truth was quiet and powerful.

Our Motion to Dismiss due to government witness perjured Grand Jury testimony was quickly DENIED. I felt denied.

I was learning so much from this case, about the law, humanity, and what was important.  It's so much easier to judge than it is to understand.

Thank you for sharing, this is powerful and enlightening.