Ms. JD’s Pre-Law Prep Guide: So You Want to Go to Law School; What Law & Order Doesn’t Tell You 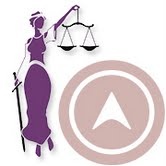 Editor's Note: Each week, at Ms. JD and at Levo League, Ms. JD Board Member Courtney Gabbara and Bridget Sheehan are take you step-by-step through the law school application process. This is the second installment of the Pre-Law Prep Guide. To read the first post, click HERE.

“You want the truth? You can’t handle the truth!” -- A Few Good Men

Sound familiar? It never ceases to amaze us how the media, TV shows, movies, and literature portray lawyers; however, the everyday person, and people like yourself considering law school, often do not realize what being a real lawyer is all about.  In today’s Ms. JD Pre-Law Prep Guide, we are going to take a look at how the media portrays lawyers and how that can jade the public’s view of what real “lawyering” is.

Our goal is to ensure that you are being smart and savvy “consumers.” By reviewing the falsities shown in a handful of popular TV shows, we are going to break down some of the common media stereotypes and misconceptions about the legal profession. In highlighting these differences, we will provide you with a more realistic understanding of what the legal profession is all about.  Going to law school is an investment in your future that should not be taken lightly, which is why it is important for you to do your research before investing your time, money, and resources.

To get started, we will take a look at a few myths put forward by the several popular TV shows about lawyers and then take a look at some cold, hard facts that demonstrate the reality of the legal profession and market.  [Like any good lawyer, we are going to insert a disclaimer here.  No individual’s legal practice looks exactly the same.  If there is a particular area of the law that you think you’d like to practice in, be sure to do your research!  We’ll give you tips for how to do that in a later post in this series.]

Myth: All attorneys spend their careers litigating in a courtroom. This myth is perpetuated by shows like Law & Order and Boston Legal, where almost every episode ends with the jury delivering a verdict in favor of our beloved TV character. In the small span of an hour (well, more like forty-five minutes with commercials), there is typically a murder, an investigation, and a trial with Jack McCoy delivering a gut wrenching closing argument resulting in a verdict of guilty.

Truth: More than 90% of criminal and civil cases are resolved without ever going to trial.  You may be surprised to learn that the majority of cases, civil and criminal alike, do not end in trial. In reality, most defendants in criminal cases will plead guilty (often in return for being charged with a lesser crime resulting in less jail time), while in civil cases, a settlement will be reached out of court through an alternative dispute resolution method like mediation or arbitration.  For some would-be-lawyers, this may take away the glitz and glamor of being an attorney.  Nevertheless, it is the rare attorney whose daily job requires her to cross examine a witness or “throw the book” at someone.

Myth: All attorneys make six figure salaries. Almost every attorney-based TV show is premised around the young, charming attorney making so much money, they don’t know what to do with it.

Myth: When you’re a lawyer, you get to make your own rules.  More than ever, TV land’s portrayal of legal practitioners in America is becoming an office playland full of romance and fun with a small side of legal work, similar to what can be found on shows like Franklin & Bash.

Truth: Lawyers are held to a very strict code of conduct that is monitored by each state’s respective Attorney Discipline Board Commission. Unlike shows like Boston Legal that portray being a lawyer as all cigars, alcohol, and romance with clients, almost every state has a code of professional responsibility that attorneys must adhere to, and most have a provision strictly prohibiting a sexual relationship with a client. Not adhering to these rules of professional conduct could result in discipline, license suspension, or even becoming disbarred.

Myth: Women are just as likely to climb the legal food chain as men are. Shows like Drop Dead Diva and The Good Wife often portray women in the legal profession as “making it”.  By increasing the number of leading ladies, a false comfort is given to the public about equality within the legal job market.

Truth: Women are still struggling to find equal footing to men within the profession.  Although women have come a long way, we are still not reaching our maximum potential in the legal world. Currently, women only account for 33% of lawyers in the United States, despite being about 50% of our law school classes. Female practitioners seem to be earning entry level jobs, but are failing to reach equity partner at the same rates as men.  And, similar to our counterparts in business, women in law are not occupying our equivalent of the C-Suite in as high a number as our male counterparts.  In fact, women have been stuck at no more than 16% of equity partners for over ten years.

This unrealistic portrayal of attorneys gives everyone false hopes and expectations about what attorneys are able to do, but like it or not, the public and your future clients each have their idea of what an attorney is. Whether it be a negative or a positive stereotype, as an attorney, you must provide competent and diligent representation no matter what, even if it means foregoing the glitz and glamor of a trial in the courtroom or a big, expensive car.

If your idea of what your life as an attorney might be like is based off of a television show, we strongly encourage you to do your research. The truth is attorneys take on many roles during their careers. Lawyers are evaluators, advisors, advocates, and counselors. They are relied upon for guidance and advice - an attorney is someone that a client trusts and confides in. As a lawyer, you have a responsibility to your client and it’s not related to cigars and scotch but is to always act according to your client’s best interest.

As glamorous as it is to imagine ourselves becoming big shot attorneys with unlimited bank accounts and a quick wit, good sense requires that you consider the reality of the legal market today.  Smoke and mirrors aside, evaluate your goals and decide if law school is still right for you.  Now that you know what real lawyering isn’t, join us next Thursday as we discuss steps you can take to get first hand knowledge into what being a real lawyer is all about!

Bridget Sheehan and Courtney Gabbara are both Assistant Directors of Admission at Michigan State University College of Law and recent graduates of the Law College. Having met in law school through Moot Court, both women have found a long lasting friendship based on their future career interests, laughter, and love of nachos. Bridget graduated from Saint Xavier University with a Bachelor of Arts in Criminal Justice and has actively pursued her interests in family and criminal law. She is originally from Chicago, Illinois and enjoys college football, specifically Notre Dame (Go Irish!), reading, and country music.  Courtney earned her Bachelor of Science in Psychology from Michigan State University and has been a Ms. JD Board Member since April of 2011.  Her hobbies include scrapbooking, running Warrior Dash, and cooking.

If you liked this blog post, be sure to follow the column of one of Ms. JD’s new Writers in Residence as she takes a look at how the media represents women in law: http://ms-jd.org/media-portrayals-leading-ladies-and-law-identifying-stereotypes-film-and-tv.

On the other hand, not portraying an overabundance of powerful female lawyers could also be harmful. The media we consume helps define our perceptions of ourselves and our capabilites. Is it really worse for a young woman to come to law school thinking she is going to become the next Diane Lockhart and finding the path slightly more difficult than she anticipated, or not being inspired to take a crack at the glass ceiling in the first place? While they may not be 100% true to the real world situation, positive media portrayals of powerful female lawyers are important. The more we have, the more likely it is that we will see the variety of issues that affect women inthe workforce brought up in their character arcs.
Great article, I enjoyed it!