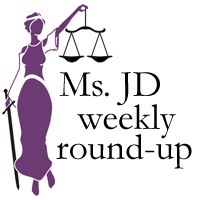 After defeating five men to become the Democratic nominee for CookCounty state attorney, Anita Alvarez is committed to changing the "good ol' boy mentality" in the prosecutor's office, where "so many times we think of the prosecutor as this stereotypical man, a male white for that matter ... always playing hardball."

Interview with Sarah Reid, partner at Kelley Drye & Warren, on her status as the firm's first woman partner and her thoughts on diversity.

Jacqueline Harounian, a partner at The Law Firm of Wisselman, Harounian & Associates, supplements her work in family law with comminty outreach and education efforts in domestic violence, parental liability issues, and forensic custody examinations, among others.

Women lawyer trailblazers in Bermuda are remembered, including Bermuda's first female lawyer, Dame Lois Browne Evans, who was admitted to the Bermuda Bar in 1953 and later went on to become "the first female Attorney General and the first black female MP."

So few women are in the High Court

The UK also laments its lack of judicial diversity in high courts.

This post is so helpful to me.  While I realize that Ms. JD is not a political site, I have a lifelong realization that, in many ways, everything is politics.  We may have a chance to vote for a female lawyer whose first professional interest and life's work include, as a priority, the needs of children.  What a difference that would make in our country as a guiding value!  Just a thought…