By Sarah DiPasquale • January 21, 2016•Ms. JD,  Conference,  Features,  Superwomen JDs and What You Can Learn From Them 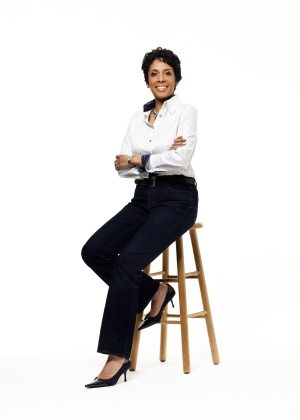 Ms. JD chose Anna Maria as the 2016 Ms. JD Keynote because she embodies this year's conference theme, Superwomen JDs. Anna Maria first found her superpowers like many young women, as a Girl Scout, and since then she has always been actively involved in social engagement. Anna Maria pursued a bachelor’s degree in American history from Yale University before aiming her sights on a juris doctorate at the James E. Rogers College of Law at the University of Arizona. Since then she has been admitted to the Bar of the US District Court for the District of Arizona, the Arizona Supreme Court, and the US Supreme Court.

Anna Maria’s career continued to soar in Washington DC, serving in many positions of President Bill Clinton’s administration, including senior policy advisor to former U.S. Secretary of Transportation Rodney E. Slater. She later returned to her home state of Arizona to serve as deputy chief of staff for urban relations and community development under then-Governor Janet Napolitano.

Anna Maria donned her Girl Scout cape again in 2009, serving as chief executive officer of Girl Scouts of Southwest Texas. She used her powers for good and greatly enhanced the council's reach and visibility, growing its philanthropy and boosting membership. Her success earned her the respect and recognition of GSUSA's National Board, which appointed her chief executive officer of Girl Scouts of the USA in 2011.

The 2016 8th Annual Ms. JD Conference, Superwomen JDs, promises to be a powerful event made even better by Anna Maria Chávez's acceptance of our invitation to keynote.  If you have not yet purchased your tickets, you can get them here.

Do you have a question you'd like Anna Maria to discuss at #SuperwomenJDs? You can tweet your questions to us at @msjdorg, send them via Facebook message, or email them to socialmediamanager@ms-jd.org.

You may also submit them below!