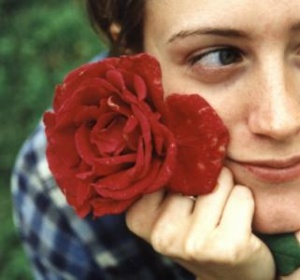 Daydreams of the perfect firm--from a public interest lawyer who found existing firms too flawed to join.

Being a woman entering the legal profession is something that I think about often, although as a young girl growing up, it is a topic I never imagined I would have to consider. Growing up in the 1980s, girls were empowered to try to both outsmart and outrun boys as we played on their sports teams and competed against them in academic competitions. We watched our mothers or our friends' mothers work. We were groomed to go to college before we settled down to have a family. Yet, here I am, wondering, can I be a career woman and a mother? Do I want to juggle? Do I want to be the trailblazer that the generation before me was? Will my legal education for which I have sacrificed personal relationships, family time, and financial security be fully utilized?

As I completed my undergraduate education, I never thought I would have to choose between motherhood and a career. However, as I am on the brink of entering a legal career, I believe that the profession is one that lags behind others concerning working mothers. To advance in a private firm, young lawyers are still expected to put in long hours and "pay their dues" before they advance. While some firms may be changing their mentalities, room for improvement still exists. Should a mother have to choose between spending time with her child and getting those extra billable hours so she can make partner? The state of the legal workplace that exists in certain areas forces women to make that choice. But, I believe a woman should not have to make that choice. I believe that a woman should be able to be a mother, as well as an educated career woman in the legal field.

I am choosing to enter public interest, not only because such work is what I want to dedicate myself to, but also because am not convinced that I would be a good fit in many private firms as I plan to start a family in the next few years. Public interest has so many benefits, including assisting victims and persons that lack equal access to the justice system. But it also has the benefit of no billable hours, allowing persons to focus on their jobs rather than tracking their hours. It also allows individuals to work an average work day of eight to nine hours, rather than ten to twelve. It allows individuals to have a life balance, to spend time with their loved ones. For me, Public interest is my choice. But, a woman should be free to enter any area of law she chooses.

Thus, I would love to see more women create their own law firms. A dream firm for a woman may be one that is made of mothers that understand one another and share their job responsibilities. Such an environment would allow women to fully utilize their education while maintaining what is arguably their most important role, that of mother. Women could be more effective and productive in their workplace if they do not feel guilty about going to work, but instead embrace their career and know that they may be both career woman and mother.

In addition, private firms with few to no women partners should seek to adjust their expectations of associations. Firms need not make concessions for women, but could rather add flexibility to their office structure by allowing women to work from home on occasion. Additionally, women should not be made to feel weak should they take time off for their children.