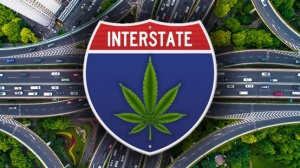 My home state of Kentucky, proud to be known as the birthplace of bourbon, crafts 95 percent of the world’s supply of America's only native spirit. Kentucky products dominate the market because they’re formulated with the perfect mix of climate, conditions, and the pure limestone water necessary for creating a high-quality bourbon. Interstate and international exports of bourbon are multimillion-dollar industries that are surging in our state. With  the evolution of marijuana legalization, attorneys looking to grow a cannabis practice could create opportunities for clients to similarly capitalize on interstate and international marijuana sales.

Like Kentucky and bourbon, certain states have natural advantages in the cultivation of marijuana due to climate, soil, and agricultural proficiency – which impact the quality and production costs of their goods. These states are poised to gain millions from exports and associated taxes, as well as from increased tourism by enthusiasts eager to try the “best” product and purchase a supply to take home. While these prospects have yet to be realized because of federal marijuana prohibition, recent legal developments and the growing momentum for federal legalization have increased the probability that these dreams will become realities.

On June 27, 2019, the State Cannabis Commerce Act (the Act) was introduced by Senator Ron Wyden (D-OR) and Representative Earl Blumenauer (D-OR) to the United States Senate and House of Representatives, respectively. The Act prevents federal agencies from interfering with state marijuana policies, and specifically prohibits funds authorized or appropriated by federal law from being expended to prevent the transportation of marijuana between states that have legalized and authorized interstate transportation of marijuana. If enacted, the Act will allow states with legalized marijuana to securely invest in statewide and interstate cannabis business ventures. However, it's not expected that Senate Majority Leader Mitch McConnell will allow any cannabis-related floor votes in the Senate chamber until after the 2020 election.

In response to statewide cannabis reserves overwhelmingly outpacing yearly consumption rates, the state of Oregon recently took action to address the lack of interstate exchange. In 2019, a senate bill was introduced to allow cannabis businesses within the state to ship their products out of state once federal legislation permits interstate commerce. The bill was passed by the Oregon Senate and House, and signed by the governor on June 20, 2019. Senate Bill 582, which becomes effective January 1, 2020, authorizes the governor to enter into agreement with another state for purposes of cross-jurisdictional coordination and enforcement of marijuana-related businesses and cross-jurisdictional delivery of marijuana items. Oregon, like Washington and California, is known for producing quality cannabis and is undoubtedly aware of the benefits it stands to gain from interstate marijuana sales.

Practitioners interested in interstate sales should follow closely evolving state and federal laws regarding transportation, and explore which states may profit from the sale or receipt of marijuana products from other states with higher-quality and/or lower-priced goods.

In 2018 Canada legalized the recreational use of marijuana for adults. But traveling across Canada’s border with marijuana remains impermissible whether entering or leaving the country, and regardless of whether the travel is to or from a U.S. state where marijuana is legalized. However, Canadian investors are undoubtedly watching the U.S. market in anticipation of future international sales. For example, in April 2019 Canopy Growth – a cannabis company headquartered in Smiths Falls, Canada – secured a right to buy New York−based Acreage Holdings Inc. for $3.4 billion once the United States legalizes the production and sale of cannabis.

Practitioners interested in international sales have an opportunity to work with industries on both sides to draft agreements with acquisitions contingent on legislate changes in the United States, and should closely monitor efforts to legalize marijuana at the federal level.