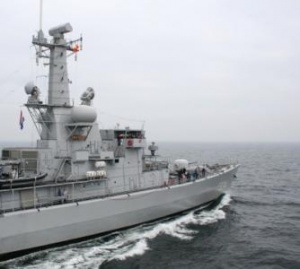 This summer I interned with the United States Navy Judge Advocate General’s Corps. All JAG’s are graduates of ABA accredited law schools, and have passed the bar examination in at least one state. After law school they attend Officer Indoctrination School, where they receive military leadership and physical training, and Naval Justice School, where they learn the many facets of military law and procedure. During the course of my internship I had the opportunity to meet many JAG attorneys, as well as many other military officers, the majority of whom are male. A few weeks into my internship, when I had yet to meet a female JAG, I searched the internet for some statistics regarding gender distribution in the JAG Corps. I learned that the Navy JAG Corps is comprised over 750 uniformed officers, of which approximately only 200 are female.

The military has always been considered a traditionally male dominated field. This is rapidly changing in contemporary times. Since the late 1970s, women’s participation in the armed forces has grown significantly. Today women can be found in all branches of the armed forces. While there are still some statutory prohibitions against women serving on aircrafts or ships in combat zones, there is no longer any prohibition against women serving in combat zones in general. Today many women are dutifully serving their country in combat zones, with identical duties and facing the same danger as the men serving next to them.

My time with the JAG Corps this summer has shown me what a positive atmosphere the military is for women. The military is a very structured environment, and a great deal respect is given to those in senior positions. This sense of respect for those senior in rank transcends gender. Acts of disrespect towards senior authority, sexual harassment, and many other types of improper conduct are codified as offenses in the Uniform Code of Military Justice, which is the governing legal code for all of the U.S. Armed Forces. An individual who is charged with one of the aforementioned crimes is subject to a court martial, and, if found guilty, potential separation from the military with a federal conviction on their record. This type of deterrent helps to foster an environment where those in similar ranks are viewed as equals regardless of gender, or any other characteristic. Acts of disrespect, sexist behavior, or any type of discrimination are simply not tolerated.

I hope that in the future more women begin to consider a career in the U.S. Armed Forces, particularly in the JAG Corps. That type of diversity will only have a positive impact on the mission of the U.S. military.