NAWL’s Ready to On-Ramp program, for those of us who haven’t even graduated yet.

By Kristina Kallas • May 06, 2008•Mentoring and Networking 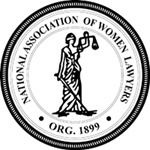 I attended NAWL’s Ready to On-Ramp? program at Jenner & Block in Chicago, which was “designed to help lawyers develop their own personal strategy to re-entering the workforce” after taking time off, usually for raising children. Not having graduated from law school yet (one more week!), I was the youngest person there. I got some puzzled looks.But I found that the women I met, who have entered, exited, and sometimes entered the legal workforce again, had extremely valuable information to impart on a woman just starting her legal career.

Great advice was shared by the likes of Carol Fishman Cohen, author of Back on the Career Track: A Guide for Stay-at-Home Moms Who Want to Return to Work, who reiterated Lynn Hecht Schafran’s point at our Ms. JD conference last month, that Sandra Day O’Connor never entirely left the profession to raise her children—she was active in the bar and the Republican party the whole time.

Deborah Epstein Henry, founder and president of the consulting firm that released “Best Law Firms for Women,” pointed out that firms want to hire and retain talented women, and might be willing to accommodate alternate schedules and time off to keep us from leaving entirely. Firms like Skadden, Arps have developed programs in which women can take up to three years off work, raise children, and re-enter the firm still sharp on their legal skills.Finally, several panelists pointed out that working and raising children is probably the norm—as opposed to the old model of working and having a spouse raise them for you. The new model requires some shifting in the entire structure of law firms. Lucky for my generation, some shifting has already begun.

There’s no reason for law students to learn this too late. Plan ahead and look for advice from veterans who have made it through past darker days of women’s issues in the legal profession.