No Longer Extraordinary: Where are we, and how did we get here? 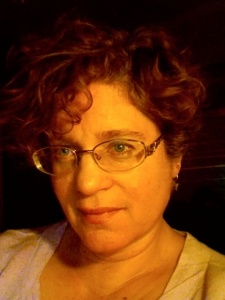 Women have been practicing law in the United States since the late 19th century, and have made tremendous strides in the legal profession since then—but even today face challenges entering the legal field, and throughout their careers. Although it is “no longer extraordinary” (as Ruth Bader Ginsburg put it) for a woman to be in “a place of importance,” women are still under-represented as attorneys, in the judiciary, in our legislatures, and as partners in law firms. And, women are still paid less than men. In this blog we will explore some of the challenges women face in the legal jobs market.

Women are underrepresented in many areas of legal work (and, arguably, over-represented in others, but we’ll discuss that in another post). It is helpful to start with some statistics, as understanding the extent of the problem will inform potential solutions.

According to the ABA[1], women make up approximately:

Of those receiving JDs in 2011, 47% were women (however, only 43% of law review leadership positions are held by female students, and women make up only 31% of editors-in-chief). Only 20% of law school deans are women; and though 51% of all judicial clerks are women, they hold only 45% of the most prestigious federal  clerkships.

If women make up nearly half of all those receiving JDs, how is it that we are so underrepresented in the upper echelons of the profession? Is this blatant discrimination, or… what? Well, let’s take a brief trip back in time. Women began to enter the legal profession after the Civil War: in 1868, Lemma Barkaloo became one of the first women admitted to law school. While she never graduated (most lawyers at that time never attended law school: think Abraham Lincoln. Clarence Darrow, one of the most famous American lawyers, attended law school for one year), she was admitted to the Missouri bar in 1870 and became the first woman to try a case in a court of law[2] (she unfortunately died shortly afterwards). Myra Bradwell passed the Illinois bar exam in 1869, but was denied admission to the bar because she was a married woman (and therefore unable to enter into independent contracts), although she was finally admitted after a change in Illinois law (and her admission made retroactive to 1869[3]). The first woman to be admitted to a state bar was Arabella Mansfield, in 1869[4]. . . the first to graduate from a law school was Ada Kepley, in 1870[5]. The first to be admitted to the California bar was Clara Foltz (who endured considerable obstacles to attending law school and gaining admission to the bar) in 1878 (she also is the first person to propose the idea of a public defender—nearly 70 years before Gideon v. Wainright[6]). The first woman appointed to a federal judgeship (by Calvin Coolidge) was Genevieve Rose Cline, in 1928.[7]

So, women have served in the legal profession for almost 150 years. But barriers to entry persisted through the 20th century: Harvard Law School, for instance, didn’t allow women until 1950.[8] As late as 1965, women made up only slightly more than four percent of students enrolled in law school; women’s law school attendance didn’t start to surge until after the second wave[9] of the women’s movement, in the late 1970s[10]. Women who graduated from law school were still often shut out of the job market: famously, Supreme Court Justice Sandra Day O’Connor, despite being ranked third in her class and serving on Stanford Law Review, could not find a job with a law firm when she graduated from law school in 1952.[11]

These barriers to entry (not to mention other factors, which include the fact women are also more likely than men to take time off from law school or from the workforce to raise children)  mean that women still make up only a fairly small percentage of all lawyers: according to the Bureau of Labor Statistics, approximately 30%[12].

Of course, since advancement in any profession requires at least a certain degree of seniority, these barriers mean that—even were there no current discrimination against women in the legal profession at all—there are fewer women lawyers who have been in the profession long enough to reach senior status than there are men. So, it’s hardly surprising that women would not have full parity with men in the legal field, even assuming only the most neutral and benign factors impacting women’s advancement. Unfortunately, discrimination does exist, and women still face very real barriers to advancement. In addition, after almost reaching 50% of all students enrolled in law school in 2000, women’s enrollment in law school has decreased over the past few years.[13]  As well, the number of women associates at law firms is decreasing,[14] and many women are leaving the law firm environment, and even the practice of law, entirely.[15] With fewer women entering the profession, and more leaving it, it’s not likely that women will achieve equality of representation in the legal workforce anytime soon.

Over the next year, we’ll be looking at the particulars of the current state of women in the legal profession, and what can be done to improve the situation, as well as advice for women as they enter the legal jobs market.

--For a graphic snapshot of the current state of women in the law: http://www.catalyst.org/knowledge/women-law-us

--For a look at the history of women lawyers: Rebels at the Bar: The Fascinating, Forgotten Stories of America's First Women Lawyers, by Jill Norgren

Thank you for this very well researched piece!  I’m looking forward to reading more of your column this year.

This is an excellent summary and well-researched.  It will be valuable to me in my work on these same subjects.
Susan Smith Blakely

thank you both for your kind comments.