Not Quite a Socialite SUMMER JOB EDITION: Bring-Your-Coworker-to-Lunch Day 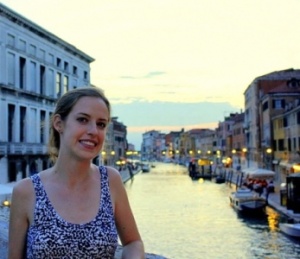 The word "networking" makes me cringe. It gives me the cold sweats and makes me glance around for an open window to launch myself out of. This probably isn't the most helpful trait for someone in the legal field (or any career, unless I wanted to be a nun, and maybe not even then), but it's my personality, and I have to learn how to work with it.

The best way I've found to force myself to network is to trick myself into thinking that what I'm doing isn't networking. Everyone has to eat, right? And if I have to walk down the street to get lunch, I might as well bring a friend along, right?

With any luck, even if after a few weeks of working at your firm/agency/organization you've found that not every attorney is like the helpful older sister you never had, there's at least one person there who you like and feel comfortable around. Send that person a quick email or stop by her office and see if she'd like to get lunch with you sometime soon.

Remember: it's not networking; it's just a meal with someone you like. It's not a big group event where you feel like you have to stand on your head and spin plates on a stick to compete for attention; it's just a casual, one-on-one chat over lunch.

The goal here is to build a relationship with that person. Since very few people actually enjoy talking about their work day in and day out, feel free to branch out, chat about that person's interests (you can talk about yourself some too, but remember that people like to talk about themselves and their own passions), and get to know each other on a slightly more personal level.

That being said, you should take this opportunity to slip in at least a few lines about what you want out of your career and what your assets are (stop being bashful for a second: you know you're good at something, and while no one likes a braggart, excessive humility won't get you anywhere either. Own those talents!). For example, I might say something to the effect of "I really love consumer issues—I could see myself working in consumer protection or bankruptcy." And then elsewhere in the conversation, I would throw in that I'm particularly good at writing (whatever you think of this blog post, I have enough proof of this in other contexts to be reasonably confident about this). Now that this person knows something about your career goals* and can say something about your assets, next time she comes across someone who might be helpful to you (like the bankruptcy specialist in another office of your firm), she can say, "Oh, one of our interns is really interested in doing some bankruptcy work. She's a good writer and has done good work for us. I'll put you in touch and maybe we can arrange for her to do some projects with you." And she'll do that, because she knows you and likes you.

The point of this post isn't to tell you exactly what to do or to give you a script to read across the table at someone. You have to use your own judgment in deciding whether asking an attorney to lunch is actually appropriate given time constraints, organizational norms, and that person's personality. The point is to make you see that just because you think you hate "networking" doesn't mean you can't make any professionally valuable connections. Just call it something other than "networking."

*Ideally, your career goals would include something that this organization does—tread carefully if you wouldn't be gung-ho about working here after graduation.