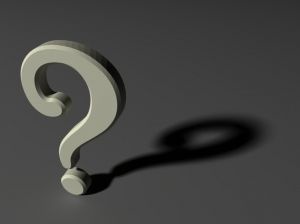 No one has been able to explain why professional women are not attaining the status in their professions seemingly predicted by gender enrollment parity, focus on diversity, mentoring, affinity groups, and national attention over the last twenty years or so.  For awhile, the discussion about opting out was all the rage (see Lisa Belkin's 2003 article The Opt-Out Revolution, for example).  Were professional women choosing to leave their professions to stay home with kids?  A 2005 study by the Center for Economic and Policy Research presented data that the economy was forcing women out and also pointed out that the media frenzy regarding women opting out to stay home with children "focused . . . on highly educated, thirty-something mothers" which are "a tiny share of all women with children: 96.8% of women aged 25 to 44 with children are not women in their mid- to late-thirties who have advanced degrees."

Still, most of the dialogue continues to focus on lawyers and other professional women.  A 2006 study by UC Hastings presented research that women were being pushed out of work by inflexible work demands rather than choosing to leave voluntarily.  Then along came a 2008 study published by the American Sociological Association found that professional women with kids were actually working more than ever.

Opting out may still exist, though it seems whether or not women "choose" to opt out might be a function of class as Erin Abrams notes on the Glass Hammer.  High paid women lawyers might not be able to afford their lifestyles (like private school for the kids or a mortgage payment in a good neighborhood) if they "opt out" and therefore would choose to stop working only if they have a husband with a very high salary.  Other women leave the workforce because they are forced out (Judith Warner has a good 2008 article on the impact of the recession on women's employment) and choose to present their unemployment as a choice.

So where has the conversation gone in 2010?  Vivia Chen reports on Angie Kim, a 1993 Harvard Law grad, a lawyer who decided to stop working to parent a sick child and then decided to see how many of her female law school peers had also decided to "opt out" to parent. 90% of the 226 women in Kim's HLS class of 1993 responded.  1993 was a banner year for female enrollment in law school: 50.4% of law students were women according to Catalyst.  Kim found that 30% of her respondents were not working, 30% had "mommy-track jobs", 21% worked part-time, and 9% worked "full-time with special arrangements like job-sharing and working unconventional hours."  Chen had a conversation with Kim about her results, and Kim reported that "only 15 percent of the women from her class are law firm partners" and that of the 15 women on law review, Kim was the only one not working.

The most recent article I could find on opting out for professional women was by Joan Williams and commented on David Leonhardt's August 2010 article for the NYT that features prominent photos of Elena Kagan, Sonia Sotomayor, and Harriet Miers above the headline: A Labor Market Punishing to Mothers. Leonhardt notes that the last seven men nominated to the Supreme Court were married with children in contrast to the three aforementioned women.  Leonhardt notes that in today's modern world "outright sexism is no longer the main barrier to gender equality. The main barrier is the harsh price most workers pay for pursuing anything other than the old-fashioned career path."  Taking time off, or working less, to parent is a deviation from this old-fashioned path or, in other words, a "flexibility stigma" against those workers, men or women, who choose to deviate from the old-fashioned work model and hours of old to get on and off the career track or work non-traditional or part-time hours.

What are the take-aways from the scholarship?  "Opting out" is a luxury unavailable to most women and only applicable to those with high earnings/savings or wealthy partners; professional women with the option to opt out might take it because they are not given flexible options to stay in their professional jobs and parent; women in all job sectors are more affected by the recession, especially in jobs like finance where a male-dominated environment might lead to high-ranking women being axed because of the perception they aren't tough enough; women with the ability to pretend they weren't forced out of their jobs might do so by claiming they chose not to work to stay home and parent--such women are not included in unemployment numbers or given the attendant benefits of unemployment; and the new frontier might be the "flexibility stigma."

What are my personal take-aways after doing this research?  We are, in the year 2010, just as limited by the 24-hour ay as human beings throughout history.  Women cannot, especially in a billable-hour focused profession like law, add additional hours to do all the housework, all the parenting, and all the work that comes along with a demanding professional job.  The only way to get rid of the "flexibility stigma" is to embrace a culture where professional men and women each take off work in equal measure to care for children or attend to household tasks.  Then, we might in a world where there is a "parent stigma" but at least it won't be borne solely by women.

For those in New York, please see the event on Ms. JD’s calendar for next Monday 9/20. The featured speaker is Joan Williams, who is mentioned in this post!
http://ms-jd.org/free-event-reshaping-work-family-debate-why-men-and-class-matter