By jessie kornberg • November 08, 2007•Firms and the Private Sector 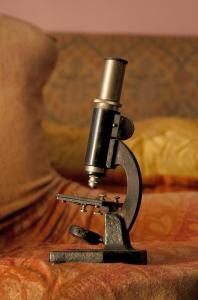 The National Institute of Health, a primary public funder of American scientific research and the largest biomedical research facility in the U.S., recently released the results of a study of women's reasons for departing from their scientific careers. Like law schools, undergraduate, graduate, and postdoctoral programs in the sciences are comprised of nearly equal numbers of men and women, but the upper eschelons of scientific academia continue to be imbalanced.

The study found that family considerations are the major reason for the continued departure of women from these disciplines. The study cited a lack of self-confidence as the other major barrier. The authors of the study concluded that "the loss of talented women from the research track can be reduced by mentoring and a change in the scientific culture to accommodate the needs of both women and men who wish to combine family and scientific careers."

One thing I really liked about this study is it pointed out a second, less talked about, disparity between male and female professionals: "The vast majority of married women have a full-time working spouse, whereas about half of married men have a spouse that works part-time or within the home."

Thinking about the lack of female professional retention as a dual-earner problem as opposed to a gender one is really interesting to me. Now don't get me wrong-I'm not here to advocate for a return to 1950's-leave it to beaver-traditional family models. On the other hand I think it's easy to forget that this isn't just about equality - equal treatment isn't enough, because no amount of at-work support and enlightment will convince many mothers to stay at the office while she feels her family suffers for it- this is about modern family structure catching up to modern education and careerism.

That might not seem like a big distinction, but it helps remind me that fathers and partners are just as integral to the success of professional women as employers and co-workers and women themselves.

Isn't part of the problem that it seems so natural for a mother to assume her family suffers because she works and isn't home, but no one (or practically no one) thinks about how children might suffer because their fathers work and aren't at home? There is still a huge assumption that women have something to give as caregivers that men can't give (above and beyond breastfeeding, which really is something only women can do naturally), and this assumption creates an insurmountable barrier to any meaningful push for total equality.  If women are presumed to be "better" caregivers, then they have a comparative advantage, so to speak, and market forces are always going to push in a way that leaves more women in the home.
Men have never been exclusively in the home.  They've for the most part never tried to be primary caregivers.  We as a society have no idea what we may be losing by not having men spend more time raising children.  We're also unlikely to ever find out if the assumption remains unchallenged that it's natural to think children lose something by having mommy work instead of staying home but lose nothing if daddy works instead of staying home.
I challenge us all to play with these assumptions.  First, children may or may not do better with a parent at home primarily instead of working primarily.  Many Scandanavian countries strongly advocate for the socializing benefits of good daycare, and there isn't really compelling research that I know of either way (it's just our guilt-ridden socialization that women are awful mothers if they don't devote every waking second to their children).  Second, if you do believe children do better with a parent at home, it shouldn't be a natural assumption that the parent they need most is their mother.  Children might do equally well if their fathers were the primary caregivers.  We'll never find out if the conversation always accepts as a given that women more than men should want to be home with their kids.

lawblogger - you hit the nail right on the head!  The real problem is that society has different expectations with parenting between men and women and you can't solve work disparities without addressing the other!

But how do we change societal norms that place women in the home and men in the workplace? I have a friend whose husband is a stay-at-home dad, and he feels completely isolated. He goes to the playground and is the only man among mothers and nannies. And yes, I'm sure he is celebrated for breaking the mold and allowing his wife to focus on his career while he takes on the primary caregiver role, but obviousy, there is this double standard here. He is a superdad because he is doing what moms have done for ages. So why aren't women superworkers when they do what men have done for ages?
Studies show that generational differences are changing the landscape of new law firm associates. Both men and women want to be involved in their children's lives, and both men and women associates have said they would rather work less and be paid less so they can have lives outside of work. If this is what associates want, and this is something both men and women desire, then how do we tell this to upper management? How do we make a group of men who never had to deal with these issues because their wives stayed at home and raised their kids without complaining about doing so, see that their way is not the only way to get things done, and that the times are calling for a change in attitudes?  Only once men are seen as serious parents as well, will flex-time opportunities be a viable option for men who choose to be not a super-dad, but a normal parent like moms have been for ages.