Patently Litigating:  Examining the Role of Women in Patent Litigation and Other Intellectual Property Areas 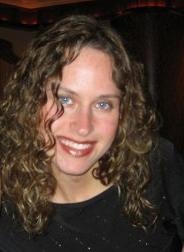 “It is a truth universally acknowledged, that an inventor in possession of a good patent must be in want of a litigator.”

So begins Jane Austen's Pride and Prejudice . . . though my mind is admittedly a bit addled by eight years of pharmaceutical drugs.  Pharmaceutical drug patents, that is.  Not to mention patents on semiconductor inventions, medical devices, multimedia technology, golf clubs, and so forth.  Yes -- there really are patents on golf clubs.

Through over thirty depositions, bench trials, jury trials, and arbitrations in the area of patent litigation,  I've lugged my leather bag all over the Eastern seaboard:  across New York, New Jersey, Pennsylvania, Delaware and even West Virginia.  And in the name of my friends Mr. Obviousness, Miss Anticipation, and Ms. Infringement, my trusty bag and I have also traded "y'alls" across the Wild West of Texas, New Mexico, Arizona, and California.  The point though, is that just the other day my litigation bag commented on a quirk of patent litigation that struck me in each of these venues.  "Wendy," it said thoughtfully  -- for my bag and I are on a first-name basis, having shared many hotel rooms together --  "Wendy, have you ever noticed?"

The handles of my bag stood up straight, forming twin upside-down Us.  A double frown.  This was serious.  "Have you ever noticed," it repeated, developing a crease between two front pockets, as if furrowing an anthropomorphic leather brow, "that you're the only woman?"

It's true.  I've encountered senior women litigators in antitrust, trademark and general commercial litigation.  I know a lot of female health care litigators.  And nine out of every ten transactional intellectual property attorneys I've met – those who deal in licenses, agreements, and trademark and copyright filings -- are women.  But for better or worse, patent litigation remains one of those last dying breeds of law still dominated by silver-haired white men, despite the fact that patent litigation has increased over 200% in the last two decades.

Thus, in the over two dozen patent litigation depositions, trials and arbitrations I've been a part of, I have never once encountered a woman:

·        On the other side of the courtroom (other than observing junior associates);

·        As my counterpart in discovery and other back-and-forth correspondence;

·        As in-house counsel on patent litigation matters; or

In fact, I have only ever met one female partner over forty who has a vigorous patent litigation practice, and I still haven't seen her in court.  I'm sure more exist.  Somewhere.  But like other rare and unusual creatures -- say, the Loch Ness Monster -- they remain elusive.

A survey conducted by the American Intellectual Property Law Association  several years ago reported that among intellectual property professionals, 90% were white and 85% male; among private law firm partners these percentages were 94% and 92%.  But this still doesn’t tell the while story.  IP is divided into three fields:   the transactional attorneys, the patent prosecutors who write and process patent applications, and the litigators.  Perhaps eight out of ten transactional attorneys I meet is a woman.  The number of women patent prosecutors, while much smaller, is growing as law schools turn out more women with the requisite scientific background.  But then there are the litigators.  Senior women trademark and copyright litigators are not unusual, but in the ordinary course of patent litigation they are few and far between.  Thus, while the percentage might be, say, 93% white male partners across the full IP spectrum, the percentage probably borders 96% or more for patent litigation alone.

I have been lucky to be a part of two law firms -- one in New York, one in Arizona -- where women patent litigators are more common, at least on my side of the table.  And an interesting trend has emerged.  During the first four years of my legal career, the only women I encountered in patent litigation were junior or mid-level associates.   In the more recent four years, the women I have encountered in my workplaces are predominantly senior associates and junior partners.  Clearly, women patent litigators have been rising through the ranks, just as in many other areas of law.  It’s just that in patent litigation as opposed to other types of litigation, there is a longer way to go.  The question remains as to why.   It does not seem to be simply a function of the technology aspect of the area, as the number of senior women patent prosecutors appears (at least to me) higher than senior women patent litigators.   Is it the double-whammy effect -- the fact that a patent litigator must be enthused both by technology and by the type of law that takes you into the courtroom?  That presupposes that women are less likely than men to want to venture into litigation, which in recent years does not seem to be the case any longer.  Is it the result of a subtle influence exerted within the professional community -- i.e., is it quietly perceived within private firms that in-house counsel and juries, for example, feel more comfortable talking and listening to a man spout details about the make-up of, for instance, semiconductor devices?

One experience I had as a junior associate at the New York law firm comes to mind.  Soon after I started, I joined a series of patent cases that had been churning for over 10 years.  The team consisted of about fifteen attorneys at that point, all men except for myself and two mid-level women associates.  "Up until a few years ago," one of the two told me in private, "women only handled the damages side of these patent litigations.  It's only been in the last couple of years that we've been given responsibilities on the liability, technology-heavy side.”  And what happened as a result?  Several years later, these two women had become the two most valuable associates on the liability side of these cases.  Obviously, tangible progress is being made.  But equally obviously, this progress is not quite at the same level as other types of litigation, or even other types of intellectual property law generally.

Thus, more often than not, I'm the only attorney in the courtroom or the deposition table without an Y chromosome in the pocket of her genes.  I'm used to this.  Most of the time the thought goes through my mind quickly with a tad of amusement, and then vanishes as I focus on the task at hand.  But the fact that my trusty leather bag notices this, given that it has no eyes, makes me wonder whether juries, composed of twenty-four very inquisitive and often hypersensitive eyes (half of which statistical probability predicts will be female), tend to notice this as well.

My guess would be yes.