People have the power - to vote 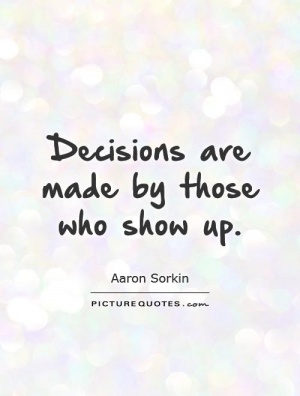 Editor's Note: In honor of Election Day today, please read this piece from Writer in Residence Katalin Tarjan, and if you are able to, vote!

We’ve all learned about the electoral process and its importance in functioning democracies, yet, we might have different opinions about voting in practice.

I used to have a professor at law school who was very proud that he has never voted at any elections in his entire life. Ever. Not once. He talked quite a lot about politics – teaching administrative law –, his lectures were full of political comments and opinions about each and every topic, and he was convinced that not voting entitles him to criticize all political sides as he wishes.

I always thought just the opposite! If you don’t care enough to share your opinion on the one single occasion it actually counts, then you should shut up all other times. After all, what have you done to make a difference? For me, voting means I’ve participated, I’ve done my part in the process. Of course you can always do a lot more, but voting is the most basic act of democratic participation.

The right to vote at elections that are actually free and fair is also the foundation of democracy that should be preserved and cherished at all costs, because it is too easy to loose it. Sometimes it can be limited in surprisingly subtle ways.

My most memorable elections so far was the first when I’ve voted away from my permanent address, and that particular year away-voting was organized pretty poorly in Hungary. I stood in line for five hours to cast my ballot and that was the first time I’ve witnessed people being limited in their right to vote. As dealing with the huge crowds wasn’t organized or anticipated, we ended up standing in line in the stairway of a three storey building without an elevator. Meaning the disabled or people who simply couldn’t fathom the idea of climbing three floors only to stand for hours on end in a narrow staircase (e.g. a pregnant mother) were simply turned down without the chance to vote. Yes, the right to vote is a given in modern democracies, except when it’s not.

In my country we don’t have to register to vote, registration is automatic. All you have to do is to show up on Election Day. Participation varies from election to election, but even at its peak it was far lower than what a huge believer in the electoral process like me would find satisfying. Then of course there are countries where voting is mandatory, like Australia, Belgium and several other countries, where you either go vote or face a punishment. Although we are speaking of some arguably well-functioning democracies here, I’d rather think about voting as a right instead of an obligation. I’d rather celebrate the fact that I am able to go vote on Election Day than think about it as a chore I have to check from my list.

Either way, voting is the power we have as citizens. It is our chance to tell our opinions about the way we want things to go. We do have the power "to redeem the world from fools”. Let’s not waste it.

(Cue the title and the quote: the great Patti Smith, of course, check out my favorite live version of the song here.)

How about you? Do you think voting should be mandatory or you rather think about it as a right as I do? Do you have a favorite elections story to tell? Let me know in the comments (or on Twitter or LinkedIn, if those are your thing). And of course, do go vote!