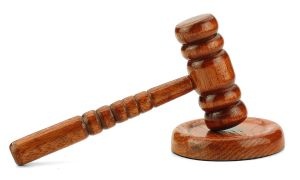 Working with a law clerk at a federal court as an externship, I became amazed at how much work these permanent clerks actually accomplish. The permanent law clerk and her secretary essentially run the courtroom and chambers, assigning our work, going through the docket and giving the judges his cases, and even briefing him on every case.

Although the law clerks and the secretaries do tend to be women, the law clerks, for the most part, are all practicing attorneys who at one point practiced in the private sector and have a degree of specialization in some area of the law... They come from schools as diverse as Harvard Law School to University of Syracuse Law School to Cornell Law School, and the reason they clerk is because they can get involved directly with cases, help the judge render decisions, sit in on all aspects of trial (including pre-trial conference, mediation, trial) but at the end of the day, they do not have the added pressures of being a political figure as a judge is often perceived to be. Really, their jobs are academic exercises in courtroom procedures and protocol. They are the ones who know what is going on in the federal courthouse, they are the best “blue-bookers” because they correct the judge’s work product before it is finalized for publication. In fact, they often write judges’ opinions, just as is done on the Supreme Court. The clerk I am working for in my federal district has clerked for years. She started off clerking for one judge and then moved over to another federal judge. In the interim, she was in private practice and developed specialties in labor and employment law.

My clerk is the one I check in to when doing my externship. She is the one that corrects the assignments she has given me; she gives me feedback on a consistent basis; and she also discusses the judge’s caseload with me on a one-to-one basis so that I am well versed as to what is going on.

If a lawyer has certain special skill sets or a specialization in the type of law that the judge often hears cases on, that is a definite selling point when searching for permanent clerkships. While clerking after law school can become merely a game of numbers, as law students across the country send off literally hundreds of applications to various judges in the hopes that one judge will covet their services, as a permanent clerk, what one has done prior to clerking becomes very important. My clerk at the federal district court was chosen, I believe, in part because of her prior work with another judge in the same building and in part, because of her private practice work which gave her a “heads-up” over other more “green” candidates.

If permanent clerking is your dream at a young age, then the best method to attempt to secure such a clerkship is to clerk for a smaller chambers where the workload is heavy and everyone works in close quarters with everyone else. This way, you are able to formulate a relationship with your judge almost immediately. Judges are likely to want you as a permanent fixture in their chambers when they feel as though they know you and know your capabilities. At the chambers I work in, I hardly have ever seen my judge except when he is having public hearings on the bench and deal primarily with the permanent law clerk. Therefore, my chambers would not be a place I would seek permanent clerkship because it is not run in the congenial and collaborative atmosphere required to lead to permanent clerkships.

All in all, if a graduating law student is able to secure a position where a permanent clerkship may come to fruition, from the perspective of one who deals with a permanent clerk on at least a weekly basis, I can only say that the legal experience you will get is astronomical. And because more permanent law clerks are women, it is a great way to break into the legal profession without running for a judgeship.

I had heard that Congress was doing away with permanent clerk positions in federal courts because they are significantly more expensive than term clerks and because, as you describe, they can have more daily control over the outcome of cases pending before their judges than the judges themselves.
I don't know if the rumor about permanent positions being terminated is correct or not.  I'm sure even if it is that current permanent clerks will be allowed to complete their tenures.
I have met two permanent clerks.  Both started as term clerks, went to firms, and then returned to their judges in permanent capacities when they started wanting to spend more time with their families.  The permanent clerkship was a perfect balance of intellectual work and flexible hours for these women.